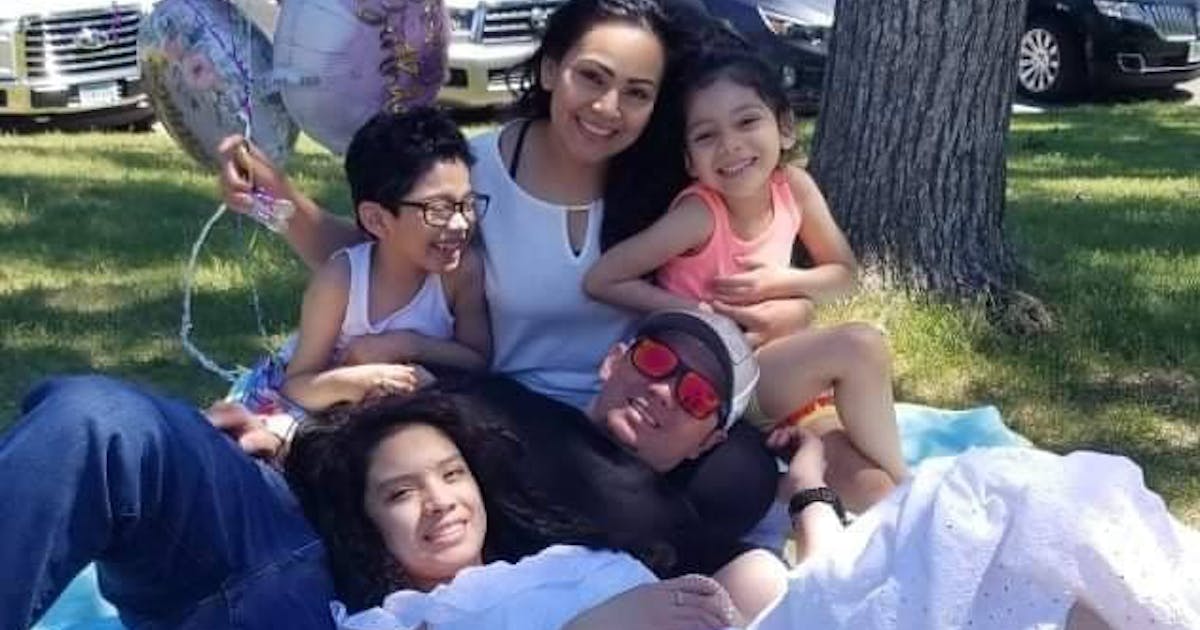 Police found the Hernandez family during an evening welfare check after relatives had not heard from them since Dec. 16, Monroe said during a news conference.

“Most were in their beds and appeared to be sleeping,” he said.

Authorities had quickly ruled out obvious trauma as the cause of death, and Monroe reiterated Wednesday that the department had not found anything to indicate criminal activity. But he said the investigation was continuing . The Ramsey County Medical Examiner’s Office released the preliminary blood results Wednesday.

Detectives found a carbon monoxide detector in a laundry room cabinet detached from the wall; its battery was removed. Only smoke detectors were installed in the home.

Investigators found two possible sources of the carbon monoxide: the furnace, which was in a closet in the garage and had an exterior air intake, and a Kia van in the garage. The vehicle had a dead battery and a half-full gas tank.

Investigators working with the state fire marshal and a heating professional were not able to find a furnace malfunction.

Further blood testing was being done to determine if there is a presence of hydrogen cyanide, which originates from the exhaust of a motor vehicle. The test may take up to eight weeks.

Although speculative, Monroe said that in other cases where a vehicle was the source of carbon monoxide poisoning, its motor ran until out of gas, which wasn’t the case at the Hernandez home.

Several residents of the 4400 block of 13th Street S. live in duplexes built at the same time as the Hernandez home in 2014 and are managed by the same company. Monroe said the owners of the duplexes said they plan to check all units for working carbon monoxide detectors.

City records show the duplex is owned by Wolverton, Minn.-based JEM Property Development with Jason Ennen of Moorhead listed as the responsible party. Ennen said Tuesday he would not comment while the deaths were being investigated; he could not be reached for comment Wednesday.

The city last inspected the rental in September 2020 and ordered its owner to service bathroom exhaust fans. A city inspection on March 2, 2017, ordered owners to tag fire extinguishers and service furnaces for the current year. A receipt shows a local heating company cleaned and inspected units at several duplexes on 13th Street the following day.

A self-inspection, which has been completed by property managers in previous years, was slated for September. A city representative said the city is sending out forms for this fall and the Hernandez duplex is in the queue.

State law requires the owner of multifamily dwellings to provide and install carbon monoxide detectors within 10 feet of each room lawfully used for sleeping; it is the tenant’s responsibility to keep the device in good repair.

Monroe said officers didn’t detect carbon monoxide when they entered the home Saturday evening; the furnace appeared to be pulling in air but not producing heat, so the temperature in the unit was about 54 degrees. But the residents were dressed “lightly,” so it appears the furnace was heating adequately when the residents went to bed, Monroe said.

Moorhead Fire Chief Jeff Wallin said the adjoining unit of the duplex had residual carbon monoxide levels of 12 parts per million, which is below the level of 50 parts per million where the department would recommend a resident leave the home.

Mariela Guzman Pinto’s fiancé Alfredo Hutar said the family came to Moorhead from Honduras about seven years ago and had lived in the duplex for about two years.

News outlets in Honduras, including Pueblo Nuevo Multimedia and Noticias Digital, reported the family was from San Francisco de Yojoa. The news source Tu Nota reported the mother of the two brothers who died is asking that the bodies be returned to Honduras. The woman, Teodora Castillo, also told reporters her sons were the ones who financially supported family members in Honduras.

“These are terrific members of our community and this is a huge and tragic loss at the holiday season,” Monroe said.