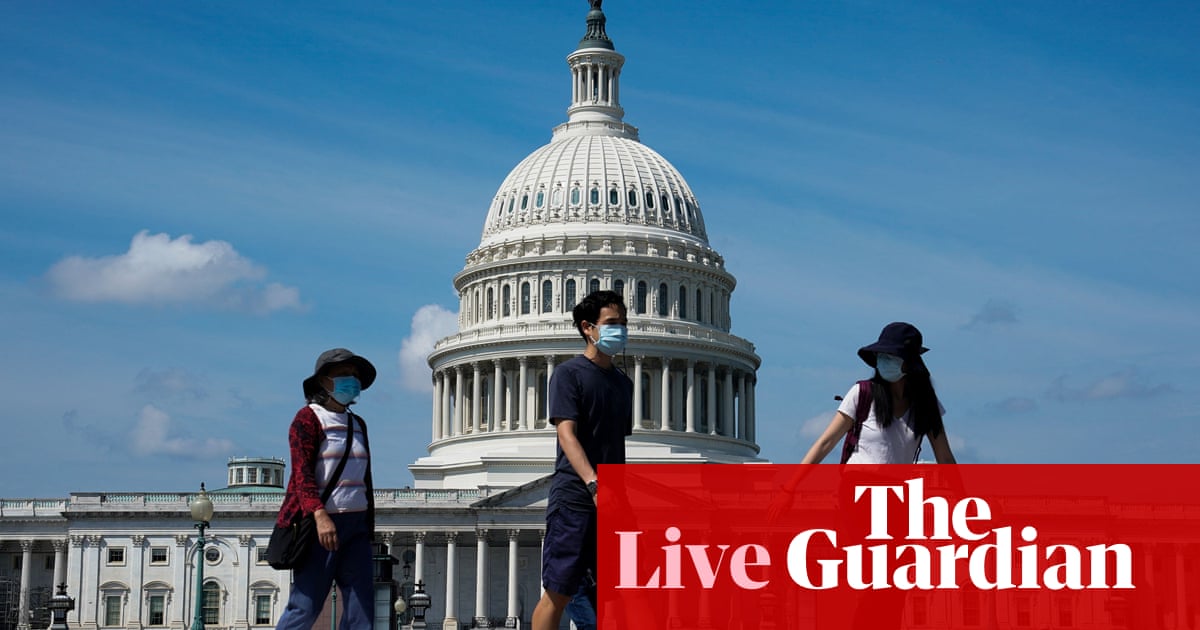 Let’s dig deeper into the two polls that came out over the weekend and amount to a mixed bag for the Democratic party as they face losing control of potentially both house of Congress in the upcoming midterm.

First, the headline: voters in the NBC News poll are split over which party they’d prefer to see in charge of Congress, with 46% each backing the GOP and Democrats. That, however, is an improvement from August, when Republicans had a slight edge. GOP voters do lead in terms of enthusiasm, but not by much, which is a reversal from the double-digit lead they had earlier this year.

Consider those the silver linings for the House speaker, Nancy Pelosi, and Senate majority leader, Chuck Schumer, from a poll that otherwise confirms they will have to fight to keep their jobs. But there were also more disquieting signs from NBC’s data, such as the 47% of voters who say Biden’s policies have hurt the economy, versus the 23% who say they’ve helped and the 28% who say they’ve made no difference at all.

The New York Times/Siena College poll of Hispanic voters is important because the demographic is considered a bulwark of Democratic support, with some analysts predicting that increasing numbers of Hispanic voters pose a long-term threat to the GOP’s support base. The former remains true, at least for now, with 56% percent of respondents to the poll saying they plan to vote for Democrats. Dig a little deeper and the news isn’t quite so good for Joe Biden’s party. Economic issues are the biggest motivator for Hispanic voters, but the data showed they are almost evenly split between Democrats and Republicans on which party they agree with most on the economy.

Polling released over the weekend confirms that Democrats will have to fight hard to keep their hold on Congress in the midterms, including with Hispanic voters, an important party bulwark. Meanwhile, Joe Biden has arrived back in Washington DC after paying his respects at the funeral for Queen Elizabeth II in London.

Here’s what else happened today:

Senators will later this week vote on a measure that would require more disclosures from super PACS, but which could stumble in the face of Republican opposition.

Democrats have been wanting to pass such legislation for a while, but have been unable to overcome GOP opposition, HuffPosts reports:

Democratic leaders in Congress are pushing for another $12 billion in aid to be sent to Ukraine, and hope to get it into a bill to fund the government through mid-December, Punchbowl News reports.

Administration officials will brief lawmakers tomorrow about how the aid could be used, which comes as Kyiv presses its offensive in Ukraine’s east that has retaken substantial territory from Russia.

The US territory of Puerto Rico appears to be in the midst of a major humanitarian crisis after a hurricane knocked out power to the island and cut off clean drinking water, with forecasts predicting more rain to come. Here’s the latest from Nina Lakhani:

Most of Puerto Rico was still without power or safe drinking water on Monday, with remnants of a category 1 hurricane that struck there a day earlier forecast to bring more heavy rain and life-threatening flooding.

Hundreds of people are trapped in emergency shelters across the Caribbean island, with major roads underwater and reports of numerous collapsed bridges. Crops have been washed away while flash floods, landslides and fallen trees have blocked roads, swept away vehicles and caused widespread damage to infrastructure.

Two-thirds of the island’s almost 800,000 homes and businesses have no water after Hurricane Fiona caused a total blackout on Sunday and swollen rivers contaminated the filtration system. The storm was causing havoc in the Dominican Republic by early Monday.

To its Democratic and Republican supporters, the Freedom to Marry Act does nothing more than ensure same-sex couples don’t have their rights rolled back by the conservative-dominated supreme court. But to rightwing GOP senator Ted Cruz, the yet-to-be passed bill is something else.

“This bill is about empowering the Biden IRS to target every church and school and university and charity in America that refuses to knuckle under to their view of gay marriage,” is how the Texas lawmakers described it in a recent interview.

His comments weren’t much of surprise, since he has already declared he would not support the measure. But as for whether or not it would get the 60 votes it needs to pass the Senate, Cruz said he did not know – underscoring the mystery around the legislation, which will likely only be resolved when it comes up for a vote after the midterms.

“You have to seal up every window, and every vent, and every door… you’re fighting zombies, and if there’s any way that they get in the house, you lose.”

That’s how comedian and former host of The Daily Show, Jon Stewart, described his experience over the summer of pushing Congress to expand medical coverage for military veterans exposed to toxic substances.

The Pact Act, as the legislation was called, passed in August.