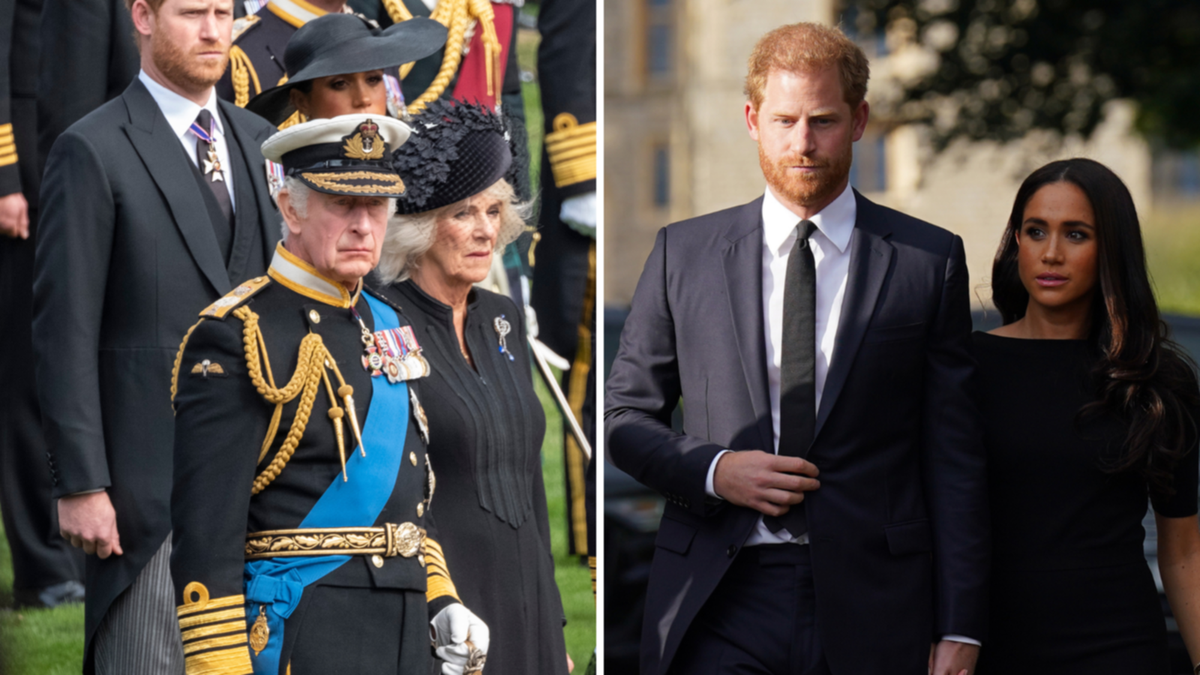 Prince Harry suggested bringing in a mediator to help mend the rifts within the royal family, the author of a new royal book has claimed.

But the new King Charles and his wife Camilla were reportedly shocked at the suggestion, believing the issues could be resolved within the immediate family.

WATCH THE VIDEO ABOVE: Lipreader interprets William and Harry conversation

Royals expert Katie Nicholl has made the claim in a soon-to-be-published book called The New Royals, an extract of which has been published by Vanity Fair.

The book quotes an anonymous family member who said Prince Harry met with his father in the UK spring, hoping to “clear the air” after he and wife Meghan, Duchess of Sussex, moved to the US in 2020.

But when he suggested an external mediator be brought in, it left Charles “bemused” and Camilla “spluttering into her tea”, Nicholls claims.

Nicholls added that Camilla called the idea “ridiculous” and suggested the problems would be better dealt with in-house.

The book also claims that William and Kate, now the Prince and Princess of Wales, felt “relief” when Harry and Meghan announced they were stepping down from royal duties and moving to the US.

It’s also claimed that Queen Elizabeth was “hurt and exhausted” by the drama surrounding Harry and Meghan’s departure, and an explosive interview with Oprah Winfrey last year in which allegations of racism were aired.

“(The Queen) was very hurt and told me, ‘I don’t know, I don’t care, and I don’t want to think about it any more’,” a source told Nicholls.

Since the Queen’s death on September 8, speculation has mounted over whether Harry will be able to heal the rift between himself, his father, and his brother, Prince William.

When the family came together in mourning at the Queen’s funeral, there were few public displays of affection or emotion between Harry and Meghan and the rest of the royal family.

But in his first address to the nation, televised the day after his mother’s death, Charles said: “I want also to express my love for Harry and Meghan as they continue to build their lives overseas.”

It was considered by royal watchers to be a small but significant public acknowledgement of his support for his son and daughter-in-law.

Charles also allowed Harry to wear his military uniform during a vigil over the Queen’s coffin at Westminster Hall last Saturday, despite Harry no longer being a working royal.

And whatever happens next, it seems clear – at least according to Nicholls – that hiring an external mediator will definitely not be on the list.

King Charles to pick sentimental date for his coronation