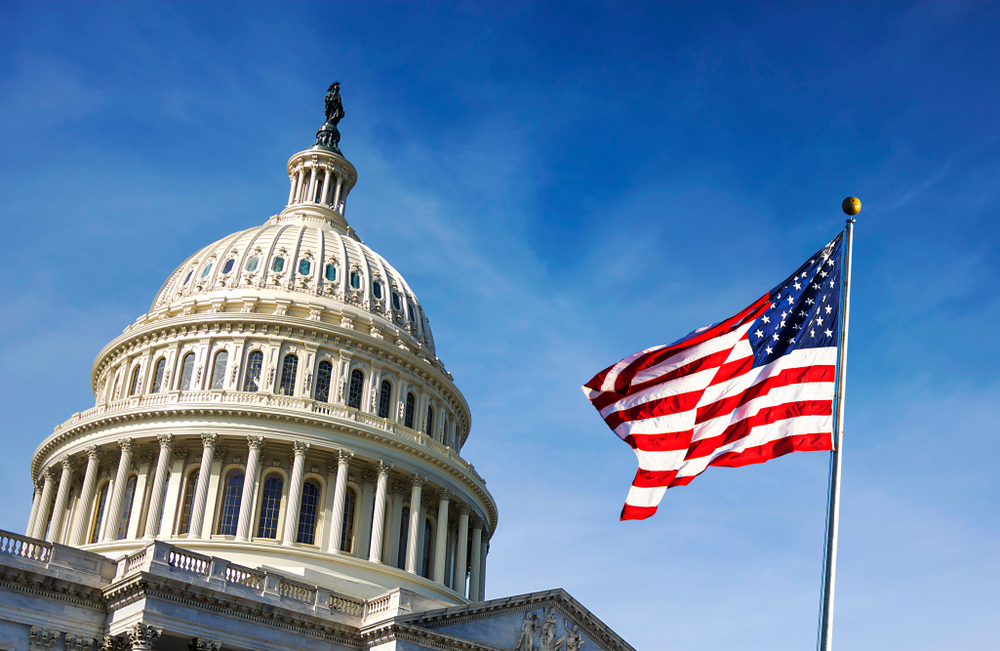 (October 6, 2021 / JNS) Pro-Israel America has designated 30 congressional endorsements for “key races” the organization will focus on in the 2022 election cycle.

According to the bipartisan PAC, these races include competitive primaries and general elections, as well as races between pro-Israel champions and anti-Israel opponents. They include four Senate races and 26 Houses races with candidates endorsed on both sides of the aisle, including 17 Democrats and 13 Republicans.

The focus comes as concern regarding bipartisan support for Israel grows. Last May, during Israel’s 11-day conflict with Hamas in Gaza, several progressive lawmakers in the Democratic Party accused Israel of becoming an “apartheid state” and called for conditioning U.S. aid to Israel.

More recently, emergency funding for Israel’s Iron Dome was stripped from a budget bill after an objection by progressive lawmakers, though it is on track to be passed.

“While the House ultimately approved a stand-alone Iron Dome supplemental funding bill by an overwhelming majority of 420-9 to provide Israel with $1 billion in supplementary funding to replenish the Iron Dome, we must make sure that these dangerous and purposeful political stunts from a small but vocal chorus of anti-Israel members are strongly condemned and never allowed to happen again.”

“That’s why today we have designated 30 ‘key races.’ These candidates, some of whom face vocal anti-Israel primary opponents, are running in some of the most competitive primary and general elections across the country in 2022. We look forward to bringing the power of the grassroots pro-Israel community to help all of them cross the victory line,” he said.

The races include Sen. Lisa Murkowski (R-Alaska), who is running in a competitive primary, in addition to three senators who will be running in competitive general elections: Sens. Catherine Cortez Masto (D-Nev.), Maggie Hassan (D-N.H.) and Marco Rubio (R-Fla.).

According to Pro-Israel America, it helped elect 70 pro-Israel members of Congress in 2020, including 39 Democrats and 21 Republicans. More than 90 percent of the PAC’s endorsed candidates in the November 2020 elections won their congressional races.

In total, Pro-Israel America raised $3 million-plus for pro-Israel candidates in the 2020 election cycle.

Spin Control: Is it too early to talk about the 2024 election in Washington state? How about 2022? -...
Scott Fitzpatrick announces run for Missouri Auditor • Missouri Independent - Missouri Independent
Donald Trump returning to Phoenix for rally about elections - 12news.com KPNX