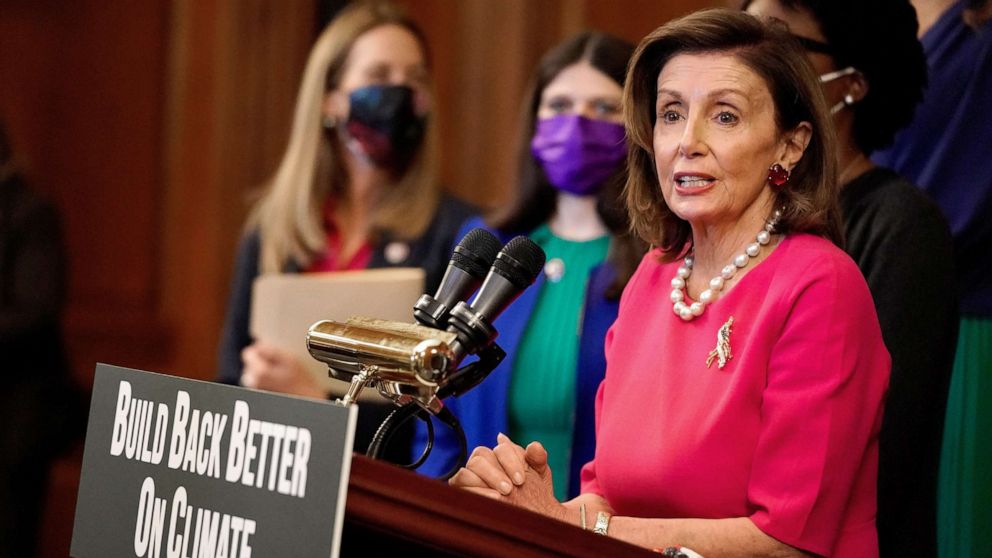 Progressive Democrats on Tuesday starkly warned House Speaker Nancy Pelosi and other party leaders that their position on President Joe Biden’s infrastructure agenda remains unchanged: Without a deal on a broader, social policy bill, they do not intend to support a bipartisan infrastructure bill that Pelosi wants to bring to a vote this Thursday.

“We articulated this position more than three months ago, and today it is still unchanged: progressives will vote for both bills, but a majority of our members will only vote for the infrastructure bill after the President’s visionary Build Back Better Act passes,” Congressional Progressive Caucus chairwoman Pramila Jayapal, D-Wash., said in a statement.

“This agenda is not some fringe wish list: it is the President’s agenda, the Democratic agenda, and what we all promised voters when they delivered us the House, Senate, and White House,” she said.

“As our members have made clear for three months, the two are integrally tied together, and we will only vote for the infrastructure bill after passing the reconciliation bill,” she added.

Jayapal has previously noted that more than 60 members of the nearly 100-member caucus will vote no on the bipartisan bill if it is not passed in tandem with the $3.5 trillion social policy bill.

Shortly afterward, Sen. Bernie Sanders, in a tweet, urged progressives to vote down the bill Biden and Pelosi want passed, saying “I strongly urge my House colleagues to vote against the bipartisan infrastructure bill until Congress passes a strong reconciliation bill.”

Between Tuesday’s warnings from Democrats and Republicans planning to withhold any “yes” votes Thursday in hopes of ensuring a Democratic defeat, Pelosi might be forced to change plans.

Moderates have insisted for weeks they want a vote on the $1.2 trillion bipartisan infrastructure bill that cleared the Senate last month.

Pelosi privately rallied Democrats in a caucus meeting Monday evening, signaling she plans to push forward with a Thursday vote on the Senate’s bipartisan infrastructure bill, regardless of the status of negotiations on the larger Democratic policy package with the Senate.

Pelosi’s announcement to Democrats was a reversal of her earlier pledge to move both pieces of legislation together.

Pelosi and her leadership team have been working furiously behind the scenes under intense pressure to strike a delicate compromise between both factions.

Moments after progressives sent out their latest warning Tuesday, Pelosi refused to comment on what she intends to do, given that the bill will fail on the floor Thursday without progressives’ support.

“I’m not having that conversation right now,” Pelosi told reporters.

“As I write this to you, negotiations are being led by President Biden to advance his vision. The President takes a pride in his agenda, which is shared overwhelmingly by House and Senate Democrats, which creates jobs, gives tax cuts for the middle class, lowers costs for health care and is paid by making the wealthiest few and big corporations pay their fair share,” Pelosi said in the letter.

But moderate Democrats, including Sens. Joe Manchin of West Virginia and Kyrsten Sinema of Arizona have made clear the price tag needs to be much lower if they are to support it.

Manchin and Sinema both met separately with Biden at the White House Tuesday. Pelosi made clear to reporters ahead of those meetings that in order for progress to be made on the reconciliation bill, senators like Manchin and Sinema must first indicate how much spending they are willing to support.

“So in the next day or so, we hope to come to a place where we can move forward on that,” Pelosi told reporters.

Pelosi added that she wants the reconciliation bill done before Biden jets off to Glasgow in November, so he can tout the climate provisions in the bill.

“We want the president to be able to go there with a plan to meet our missions, promises and standards as well as our commitments to foreign nations for the technology to help meet their standards, as well. So, it’s a pretty exciting time. It’s a very big agenda. And it is transformative,” she said.

House Democratic caucus chairman Hakeem Jeffries said Democrats are taking it “one day at a time” and couldn’t say that the bipartisan plan will pass by Thursday, given the opposition from progressives.