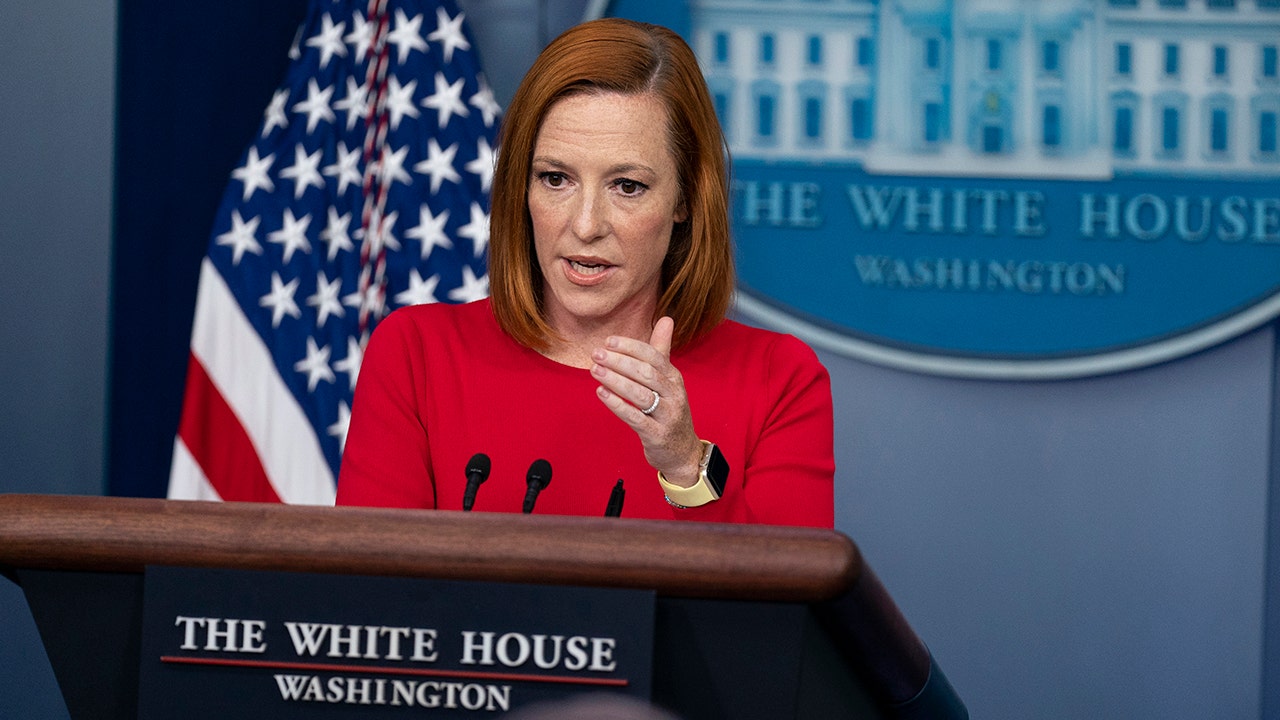 White House press secretary Jen Psaki said military advisers were “split” on whether to maintain a presence of U.S. troops in Afghanistan, despite testimony from top officials Tuesday who were consistent in their recommendations to keep at least 2,500 troops in the region.

Psaki, during the White House press briefing, fielded questions from reporters after Chairman of the Joint Chiefs of Staff Gen. Mark Milley and head of U.S. Central Command Gen. Kenneth McKenzie testified before the Senate Armed Services Committee that they recommended the United States maintain a presence of at least 2,500 U.S. service members in Afghanistan.

MILLEY, MCKENZIE SAY THEY RECOMMENDED 2,500 TROOPS STAY IN AFGHANISTAN, AFTER BIDEN CLAIMS HE WAS NEVER TOLD

Biden and White House officials have said repeatedly that no military leaders advised him to leave a small military presence behind, with the president, himself, telling ABC News in August that “no one” recommended a 2,500 troop presence that he could “recall.”

Psaki, referring back to the transcript of the ABC News interview, quoted George Stephanopoulos’ question about whether military advisers wanted him to keep 2,500 troops in Afghanistan.

“No they didn’t. It was split. That wasn’t true. It was split,” Psaki said, quoting from the president’s response to Stephanopoulos.

Biden was asked again about whether advisers recommended maintaining a 2,500 troop presence.

Psaki, again reading Biden’s response from the transcript, said: “No, no one said that to me that I can recall.”

“There was a range of viewpoints, as was evidenced by their testimony, presented to the president and presented to his national security team, as would be expected, as he asked for – he asked for a clear-eyed – he asked them not to sugar coat it – what their recommendations were,” Psaki said.

Psaki went on to say that it “was also clear and clear to him” that maintaining 2,500 troops “would not be a long-standing recommendation,” as it would require there to be “an escalation and increase in troops” – something, Psaki said, the president was “not willing” to do.

Psaki maintained that had the president decided to listen to advisers’ recommendations, the U.S., later “would have had to increase the number of troops, would have been at war with the Taliban, we would have more U.S. casualties.”

“There are some who felt we should have still done that,” she said. “That is not the decision the president made. It is up to the commander in chief who makes those decisions.”

When pressed again on the conversations, Psaki said they “don’t happen in black and white or like you’re in the middle of a movie.”

“These conversations are about a range of options, about what the risk assessments are about every decision, and, of course, there are individuals who come forward with a range of recommendations on what the path forward looks like,” Psaki said, noting she would not go into “detail” of the private conversations advisers had with the president.

“Ultimately, regardless of the advice, it is his decision,” Psaki said. “He is the commander in chief. He is the president. He makes the decisions about what is in the national interest, and he believed we should end the war.”

Psaki, again, stressed that the president “made clear the advice was split.”

“I think the American people should know the president is always going to welcome a range of advice, he asked for candor and directness… he is not looking for a bunch of yes men and women,” Psaki said. “Ultimately, he is going to have to make the decision about what is in best interest of the United States.”

She added: “If there is conflicting advice given, by necessity, some people’s advice will not be taken.”

Psaki’s comments come after McKenzie testified that he recommended a presence of 2,500 troops remain in Afghanistan. McKenzie said he made a similar recommendation in the fall of 2020 under the Trump administration, which also had intentions to withdraw all U.S. troops from Afghanistan, saying, at the time, he recommended the U.S. maintain at least 4,000 troops.

Milley was also pressed on the matter, saying that while he would not share his “personal” recommendations made to the president, his assessment was, “back in the fall of 2020, and remained consistent throughout, that we should keep a steady state of 2,500 and it could bounce up to 3,500, maybe, something like that, in order to move toward a negotiated solution.”

Meanwhile, Sen. Tom Cotton, R-Ark., pressed Milley on why he has not resigned, after Biden ignored his recommendations.

Austin, Milley and McKenzie’s testimony comes nearly a month after the Biden administration, on Aug. 31, withdrew all U.S. military assets from the region after having a presence there for 20 years following the attacks on Sept. 11, 2001. An Aug. 26 suicide bombing took the lives of 13 U.S. service members – including 11 Marines, one Navy sailor and one Army soldier. Eighteen other U.S. service members were wounded. The bombing also left more than 150 civilians dead.

But administration officials admitted to leaving more than 100 American citizens behind. Administration officials, though, said their mission in Afghanistan had shifted from a military mission to a diplomatic one, with some saying they were working with the Taliban to ensure safe passage for those Americans and U.S. visa holders, as well as some Afghan allies, to evacuate the country.