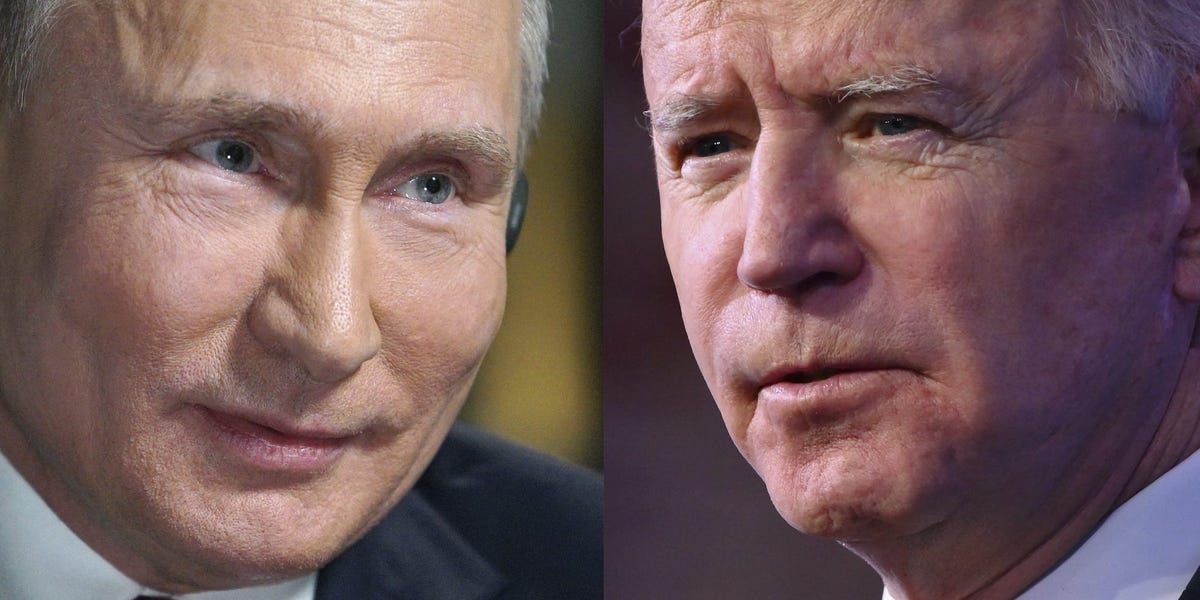 Russian President Vladimir Putin warned President Joe Biden in a phone call on Thursday that relations between the two countries could collapse if the US imposes sanctions on Russia over its actions in Ukraine.

The Kremlin aide Yuri Ushakov said after the call that Putin told Biden that sanctions “could lead to a complete breakdown in ties between our countries,” Reuters reported.

“Our president also mentioned that it would be a mistake that our descendants would see as a huge error,” he said.

White House press secretary Jen Psaki said Thursday that Biden told Putin that Russia needed to “de-escalate tensions with Ukraine.” She said Biden warned that the US would respond if Russia presses ahead with a Ukraine invasion.

“President Biden reiterated that substantive progress in these dialogues can occur only in an environment of de-escalation,” she said.

“He made clear that the United States and its allies and partners will respond decisively if Russia further invades Ukraine.”

According to Axios, a senior US official said that Biden also said the US and its allies could couple sanctions with increased NATO activity in eastern member states.

The US, Ukraine, and their allies are warning that Russia appears to be preparing to invade Ukraine, its neighbor, soon.

Russia has been building up troops and military equipment along the border.

The war between Russian-backed rebels and Ukrainian troops has killed more than 13,000 people in recent years.