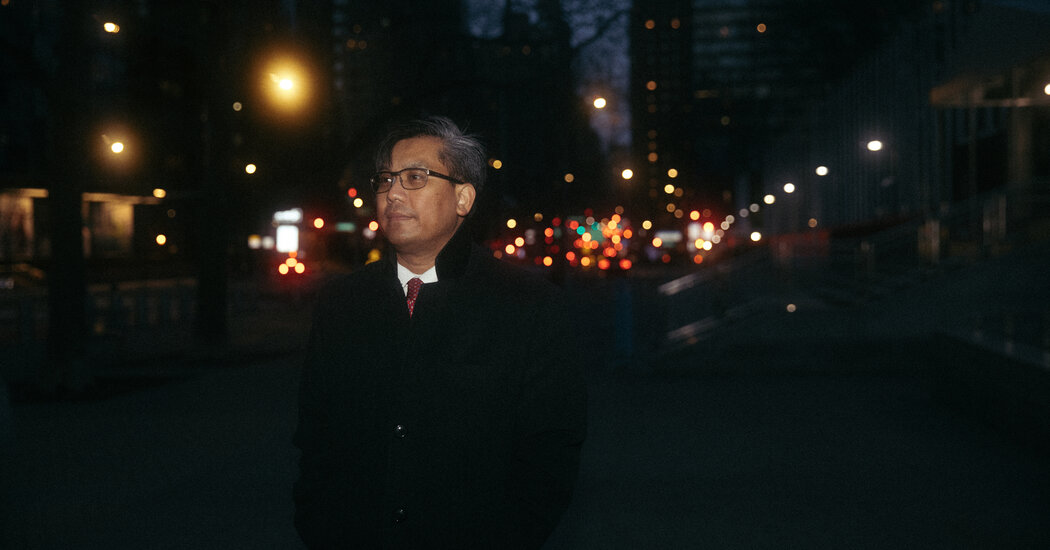 Myanmar’s brutal military coup and the Taliban’s triumphal return to power in Afghanistan are among the crises confronting the United Nations as it convenes its annual General Assembly this coming week.

But Myanmar and Afghanistan present a further conundrum for the world’s biggest diplomatic gathering: Who is the rightful representative of each country?

The Myanmar junta, which seized power in February and has been widely condemned for a deadly crackdown on opponents, has sought to replace the U.N. ambassador of the deposed government with a junta loyalist.

The Taliban, the violent, extremist Islamic movement that retook power last month after the American-backed Afghan government collapsed, is also expected to seek diplomatic representation, replacing an ambassador appointed just a few months earlier with one of its own.

The idea that a Myanmar putschist or a Taliban militant on a terrorism watch list could become a credentialed U.N. envoy may sound dumbfounding. But theoretically it is possible — if the government that person represents is deemed legitimate in the eyes of the United Nations.

Envoys from all kinds of political systems, from parliamentary democracies to monarchies to dictatorships, have long worked at the 193-member United Nations, the one place in the world where even governments that reject each other’s ideologies enjoy some measure of equal standing. Still, there are standards to verify the legitimacy of both the envoy and the government he or she represents.

“Normally a country has the right to nominate somebody,” Volkan Bozkir, a Turkish statesman and the outgoing president of the General Assembly, told reporters at his farewell news conference on Thursday. “We can’t say, ‘I don’t like this government,’” Mr. Bozkir said, when seeking to resolve United Nations disputes over who is — and is not — a country’s rightful envoy.

Why is credentialing important?

A seat at the United Nations carries symbolic significance, a benchmark of a government’s credibility and acceptance in the world community even if rivals oppose it.

United Nations membership affords a country’s government the opportunity to speak and be heard not only in the General Assembly but to participate in a range of other U.N. agencies like the World Health Organization and Human Rights Council. So the credentialing of a country’s ambassador to speak on its behalf is enormously important.

How does credentialing work?

Verifying who represents each country at the United Nations falls to the Credentials Committee, a nine-member group appointed at the beginning of each year’s General Assembly. Its work is normally routine, checking each envoy’s bona fides to ensure compliance with procedural rules.

The process gets more complicated when the legitimacy of the envoy’s government is at issue, and disputes sometimes are referred to the General Assembly.

“It seems this year’s Credentials Committee will be called upon to consider not just one, but two, questions of government legitimacy,” Rebecca Barber, an Australian research fellow at the University of Queensland, wrote in the Blog of the European Journal of International Law.

How quickly the committee will make decisions remains unknown — it could be weeks or months. But many diplomats and U.N. experts expect that for now, the committee will defer any decisions concerning Myanmar and Afghanistan, leaving in place the Myanmar ambassador, U Kyaw Moe Tun, and the Afghan envoy, Ghulam M. Isaczai, both of whom were chosen by now deposed governments.

“I think the Credentials Committee will indulge in what we might call creative procrastination,” said Richard Gowan, the U.N. director at the International Crisis Group. Such a delay, he said, would allow both ambassadors “to stay in the post for the time being, albeit on fragile ground.”

Neither Mr. Kyaw Moe Tun or Mr. Isaczai responded to requests for comment.

What are the issues in Myanmar’s case?

Both the deposed government and the junta claim to be the rightful representative of Myanmar. The junta has said it dismissed Mr. Kyaw Moe Tun on Feb. 27 after he publicly denounced the military coup on the floor of the General Assembly — a dismissal the ambassador ignored.

The junta’s foreign minister, Wunna Maung Lwin, formally notified Secretary General António Guterres on May 12 that he wanted another diplomat, U Aung Thurein, to replace Mr. Kyaw Moe Tun and to represent Myanmar “in all organs of the United Nations,” according to copies of the notification seen by The New York Times. The dispute was left unresolved.

It is particularly awkward in part because the General Assembly, in a rare rebuke less than three months ago, demanded that Myanmar’s junta restore the deposed government, free political prisoners and allow humanitarian access to the country.

Anti-junta activists, anticipating that Myanmar’s generals will press their request to replace Mr. Kyaw Moe Tun, have rallied to support his retention of the seat. Eleven international law experts, working in conjunction with the Myanmar Accountability Project, a London-based humanitarian group, drafted a legal opinion arguing that the junta’s behavior disqualifies its legitimacy.

“The implications of this issue for the people of Myanmar are immense,” said Damian Lilly, a human rights specialist at the group. “Accepting the military junta’s credentials would entrench the regime further, giving a green light for continued repression.”

Understand the Taliban Takeover in Afghanistan

Who are the Taliban? The Taliban arose in 1994 amid the turmoil that came after the withdrawal of Soviet forces from Afghanistan in 1989. They used brutal public punishments, including floggings, amputations and mass executions, to enforce their rules. Here’s more on their origin story and their record as rulers.

Who are the Taliban leaders? These are the top leaders of the Taliban, men who have spent years on the run, in hiding, in jail and dodging American drones. Little is known about them or how they plan to govern, including whether they will be as tolerant as they claim to be. One spokesman told The Times that the group wanted to forget its past, but that there would be some restrictions.

What are the issues in Afghanistan’s case?

Unlike the Myanmar dispute, with rival claims to the seat, the new Taliban government had not, as of this weekend, designated a replacement for Afghanistan’s envoy, Mr. Isaczai. But with the toppled government not contending that it still holds power, Mr. Isaczai’s claim to Afghanistan’s seat may be tenuous.

Still, Mr. Isaczai continues to act as Afghanistan’s envoy. His Twitter account describes him as the ambassador, he has participated in U.N. meetings and been warmly greeted by other diplomats — and he has commented on the Taliban’s “cruel and inhuman” behavior.

The Taliban are considered an international pariah for their legacy of brutality: The group has long been on a U.N. sanctions list and on terrorism watch lists as a threat to peace and stability. The Security Council has demanded that a new government in Afghanistan be “united, inclusive and representative — including with the full equal and meaningful participation of women.” So far, none of those conditions have been met.

Larry D. Johnson, a former assistant secretary general for legal affairs, said in an article on the Just Security website that the uncertainty of how the Taliban will behave going forward was among the reasons that credentialing of a Taliban representative remains speculative.

But Mr. Johnson said a Taliban credentialing request could conceivably be rejected based on the group’s “abhorrent and illegal policies and failure to be guided by the Security Council demand.”

What about earlier U.N. representation disputes?

There have been many. But perhaps the most famous are the cases of China and South Africa.

China, a founding member of the United Nations, was denied U.N. representation after the 1949 Communist revolution that sent the defeated Nationalist government to Taiwan, which retained China’s seat.

During the Cold War era, the United States blocked China’s attempt to reclaim the seat until 1971, when the General Assembly voted to expel Taiwan and recognize the Communist government in Beijing “as the only legitimate representatives of China to the United Nations.”

South Africa became increasingly isolated in the organization during the 1950s and 1960s over its racist apartheid policies, and was suspended by the General Assembly in 1974, its seat largely left vacant. South Africa’s U.N. representation was fully restored 20 years later when apartheid was abolished.