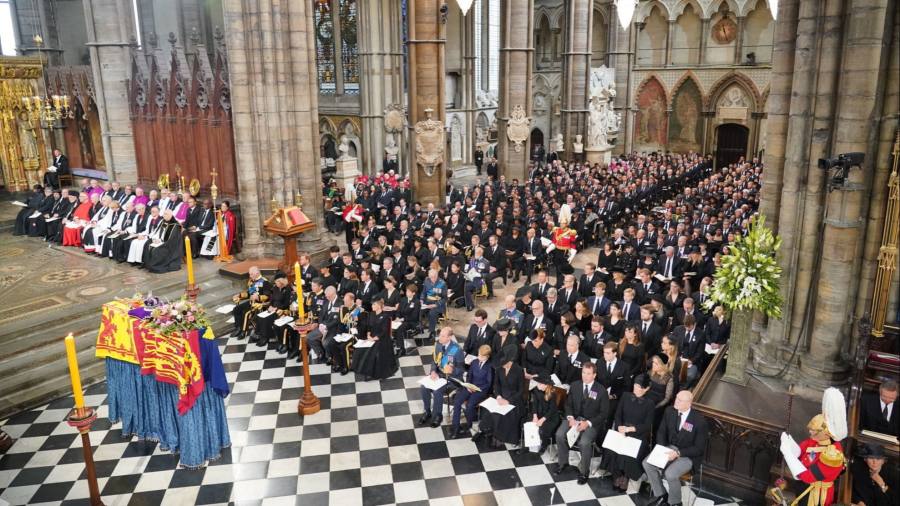 Mourners have come to London from all over the UK and around the world in the hope of seeing Queen Elizabeth’s funeral procession and soak up the atmosphere in the capital’s streets.

Sarah and Harry, from Kingston-upon-Thames, drove to London on Monday to take their place behind the barriers lining Cromwell Road, where the mood is one of quiet anticipation. The couple, who declined to give their full names, said they were “gutted” to have missed seeing the Queen lying in state.

For Emily, a 24-year old secondary school teacher who recently moved to England from Australia, the funeral procession is “the perfect opportunity” to mourn. She told her history students that they are “living in such an amazing moment”.

Foreign residents and visitors have come to join the throng in the capital. Diaksha, 36, and Kamlesh Sukdheo, 35, from South Africa made their way to Hyde Park, rather than to the conference they had come to London for, to watch the funeral on the big screens.

“The example she set to all of us, of how to conduct yourself with family and to the world, is inspirational,” added Kamlesh.

The Queen’s death gave the couple from Johannesburg pause to consider the legacy of the British monarchy on their native country.

“She’s our monarch too; she’s been legendary, ruling for 70 years.”

Four Chinese students at university in London, who did not give their names, have come to Hyde Park. “We just wanted to pay our respects and try to understand your country’s history,” one said.

Navishad Majothi, 56, has come from Manchester. He recalls seeing King Charles when he was Prince of Wales at the Queen’s silver jubilee in 1977.

“What a moment that was,” he said.

He came at the age of six to Britain from Uganda as a refugee with his family. “We owe her a lot,” he said.