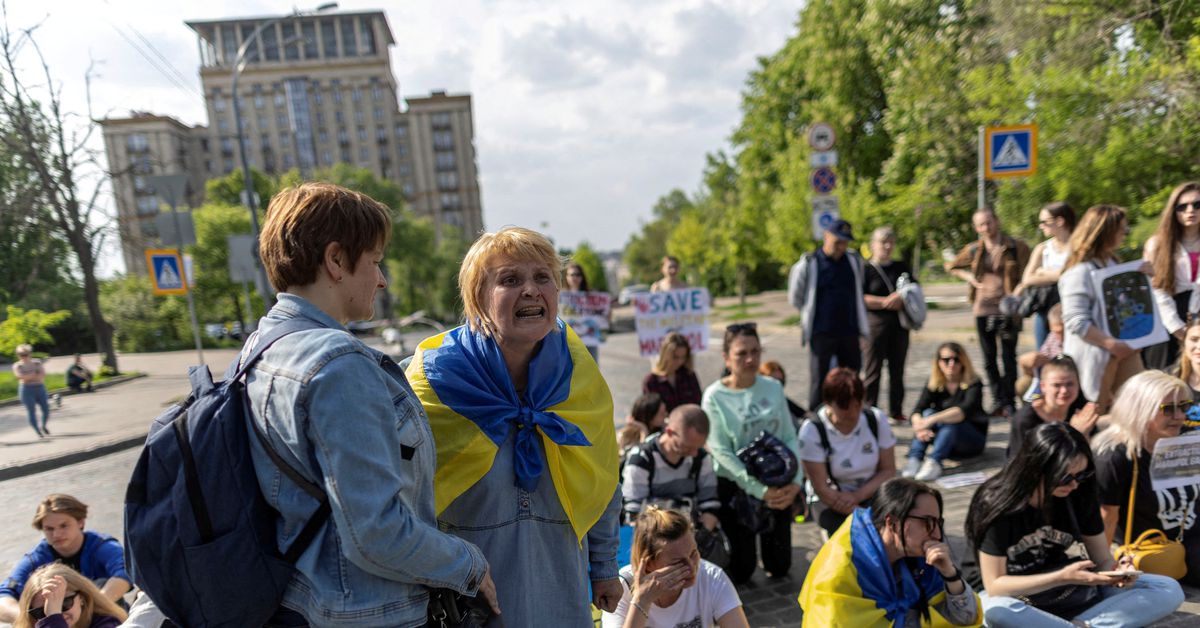 May 12 (Reuters) – Relatives and supporters of Ukrainian fighters in the Azovstal steel plant on Thursday called for fresh efforts to save them as Kyiv said new talks were underway with Moscow on a plan to rescue badly wounded servicemen.

Russian forces have been bombarding the steelworks in the southern port of Mariupol, the last bastion of Ukrainian defenders in a city almost completely controlled by Russia after more than two months of a siege.

Civilians had been trapped at the plant and Kyiv says they have all been evacuated. But there is no deal on allowing out hundreds of fighters, some of whom are wounded.

“We have started a new round of negotiations around a road map for an (evacuation) operation. And we will start with those who are badly wounded,” Deputy Prime Minister Iryna Vereshchuk told 1+1 television.

Vereshchuk said Ukrainian authorities were working with the Red Cross and United Nations, which had both helped with earlier evacuations.

“We want a document signed on how an evacuation would take place at Azovstal,” she said, adding that Turkey – which has offered to host talks between the presidents of Russia and Ukraine – was also acting as an intermediary.

Demonstrators, mostly women, marched through central Kyiv, holding banners and chanting, “Save defenders of Mariupol, save Azovstal,” “Glory to the heroes of Mariupol,” and “Save the military of Azovstal.”

Maria Zimareva, whose relative is a Azov battalion fighter, said tearfully, “I want all the defenders who are there to return home so that they can continue a normal life with their children and relatives.”

People holed up in the steelworks were dying of wounds that could normally be treated, said Tetiana Pogorlova.

“Nobody attempts to save them. There is nothing we can do except for gathering at such demonstrations and making demands on our authorities.”

Mariupol resident Alina Nesterenko was also at the demonstration in the capital. “The conditions they are in are horrible,” she said. “I have no words to describe them. That’s why we are here. We are begging, we are pleading in every possible way, we are asking for our loved ones to be saved.”