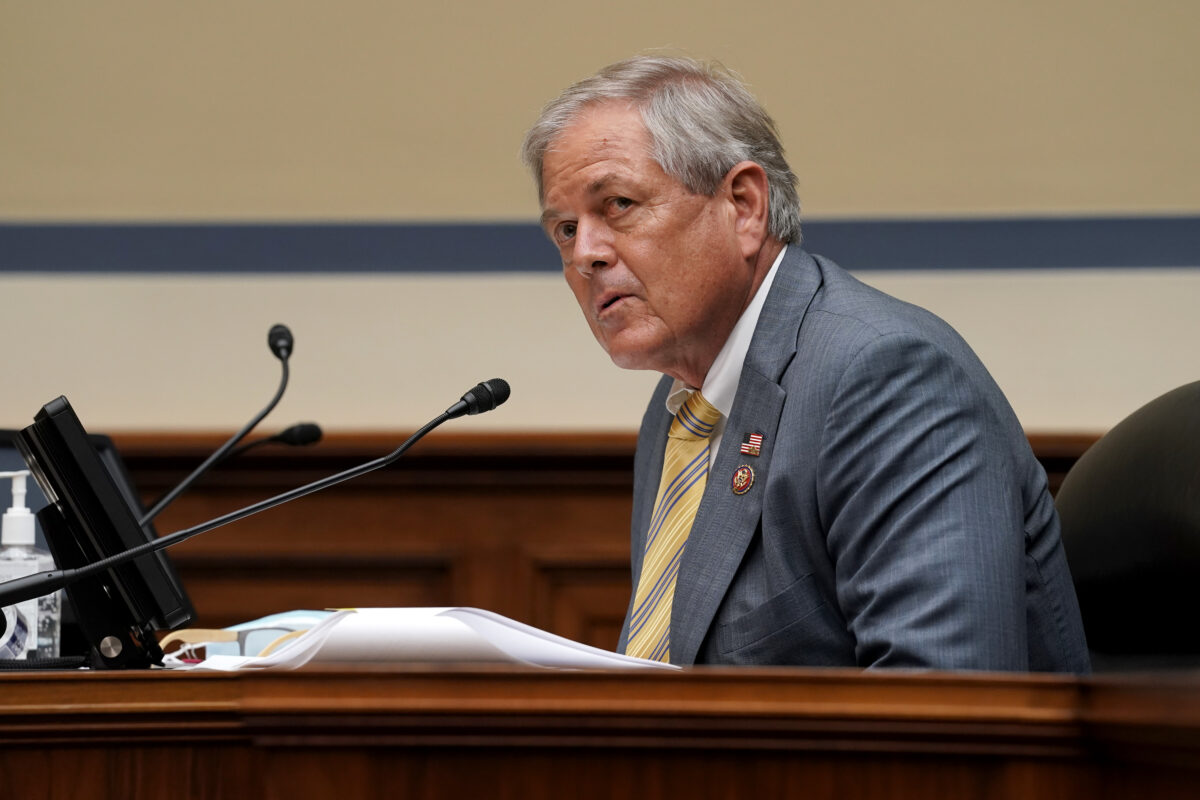 After potentially classified documents have been found at President Joe Biden’s former office space and his Wilmington, Delaware, home, Rep. Ralph Norman (R-S.C.) is questioning whether the Department of Justice (DOJ) will carry out searches of other properties Biden owns.

The White House has said lawyers and aides for Biden found the first set of potentially classified documents at the Penn Biden Center in November. Biden’s personal attorneys found additional documents in the garage of Biden’s Wilmington, Delaware, home on Dec. 20. On Jan. 12, his personal lawyers disclosed the discovery of an additional potentially classified document at this same Delaware residence. On Jan. 20, the DOJ and the FBI conducted another search of the Wilmington home, and collected six more documents from the property, including some with classified markings.

In an interview with NTD, Norman questioned whether the search efforts had concluded, or if the DOJ and FBI would carry out additional searches.

“The house, his private residence, he’s got three of them,” Norman said. “So, are they going to search those?”

Norman noted that the first batch of documents, found at the Penn Biden Center, was turned over to the DOJ without a public announcement.

“They kept it quiet, not one word from the DOJ, FBI,” he said.

Norman also questioned why DOJ and FBI lawyers allowed Biden’s lawyers to work cooperatively and be present during the latest search of Biden’s Wilmington home, while Trump’s lawyers were barred from being able to immediately review what FBI agents collected when they searched his Mar-a-Lago home in August.

“You notice with President Trump sirens, news cameras outside, not allowed to have his personal attorneys review the documents that they confiscated. And then with Biden, you’ve got the lawyers for Joe Biden going over the documents,” Norman said. “That’s a conflict of interest and it just shows you the two-tiered system that should not exist.”

Supporters and critics of Trump and Biden have sought to paint distinctions between the two cases. Some pundits have claimed Trump’s team had defied DOJ efforts to recover classified documents while Biden’s team immediately notified authorities when documents were discovered.

Biden’s representatives have insisted that the documents that were found were in his possession by accident and that he has been cooperative with turning over the materials.

Special counsel to the president Richard Sauber said, “[W]e are confident that a thorough review will show that these documents were inadvertently misplaced, and the President and his lawyers acted promptly upon discovery of this mistake.”

Trump’s legal team has argued that they were cooperating with DOJ officials prior to the FBI raid on Mar-a-Lago. Trump’s lawyers said the former president voluntarily assisted investigators and that after DOJ and FBI officials inspected Mar-a-Lago in June, they requested Trump’s team add an additional lock to his records room and Trump’s team complied.

Norman questioned the viability of Biden’s defenses for possessing classified documents after he had been in office for 50 years.

“You would think he would know if the rules on classified documents,” Norman said.

While Attorney General Merrick Garland has appointed special counsels to investigate both Biden and Trump’s classified documents cases, Republicans who now hold the majority in the House of Representatives have indicated they are conducting their own investigations.

When Democrats held both houses of Congress before the 2022 midterms, the chances of Democrats investigating Biden and other members of the Democratic administration were lower. Norman said that by holding the majority in the House, Republicans now have subpoena power to investigate the Biden administration more closely.

“More than just having the hearings, we have to have consequences. They can’t just get off,” Norman said. “And so the American people are tired of that. They’ve been through a Benghazi when Hillary Clinton had no consequences. And with this, with national security at risk, it’s proper we get to the bottom of it. And I’ve been on Oversight [Committee] for the … last four years, and there hasn’t been a meaningful hearing under Nancy Pelosi on this regime from day one. So it’s a welcome relief.”

In a Jan. 17 call with reporters, White House spokesman Ian Sams described Republican investigative efforts as “political stunts” and criticized them for seeking investigations of Biden after having defended former President Donald Trump when FBI agents raided his home for classified documents in August.

“They’re faking outrage, even though they defended the former President’s actions,” Sams said.