Sen. Bill Cassidy, R-La., wants to deter Supreme Court leaks like the one that led to the publication of a draft opinion in a pending abortion case, and on Thursday he introduced a bill that aims to do that by punishing leakers with hefty fines and prison time.

The leaked draft opinion, which would overturn Roe v. Wade if it becomes the court’s official opinion, sparked protests in front of justice’s homes. Additionally, one man has been arrested and charged with attempted murder for allegedly plotting to kill Justice Brett Kavanaugh.

“The attempted assassination of a sitting United States Supreme Court justice was a direct result of the dangerous and unprecedented leak. While the mainstream media may ignore this horrific story targeting a conservative justice, the American people want the leaker to be held accountable,” Cassidy told the Washington Examiner.

The bill calls for anyone leaking non-public information about pending Supreme Court decisions to face up to ten years in prison and a $10,000 fine. It also calls for seizing any profits that a leaker might earn as a result of their leak.

“So the person who wants to do a book deal where they’re going to profit from what they’ve done, that would be affected,” Cassidy said. 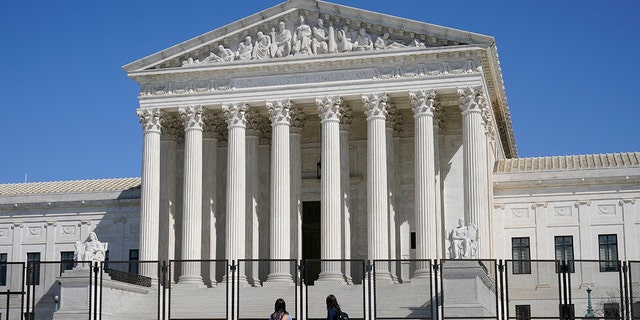 Rep. William Timmons, R-S.C., introduced a similar bill in the House in May, known as the “Leak and Lose Act of 2022.” That bill says that if anyone “conceals, removes, mutilates, obliterates, or destroys” an opinion or draft opinion before it is published, or attempts to do so, they could be fined $5,000 and barred from admission to federal courts for life.

“The recent leak of a draft opinion to the media was an egregious attempt to influence the outcome of the case and pressure other justices through the court of public opinion,” Timmons said in a statement. “But the Supreme Court’s fundamental purpose is to uphold the rule of law free from any political pressure. This leak was a dangerous affront to the integrity of the highest court of the land and the very foundation of our democracy. Not only must we get to the bottom of who leaked this document, we must also hold them to account. My legislation, the Leak and Lose Act, will help deter any future leaks and ensure the Supreme Court remains free from the political winds of the time.”