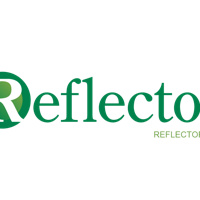 An anti-critical race theory policy approved by the Pitt County Board of Education this week contains similar language to a bill that the governor vetoed last year.

Titled “Employee Political Activities,” the policy has a structure that is comparable to House Bill 324, “Ensuring Dignity and Nondiscrimination/Schools,” which passed the state House and Senate last year, splitting the General Assembly along party lines.

The revised school district policy was among more than a dozen that received unanimous Board of Education approval Monday as part of the consent agenda. There was no comment from board members except for District 6 representative Worth Forbes, who asked Pitt County Schools Attorney Emma Hodson to clarify what the policy said about CRT.

“That is the board’s statement on CRT that you are not going to have it in your schools,” Hodson responded.

Forbes echoed, “That we are not having it in our schools. I just wanted to bring that to the attention of everybody.”

Critical race theory received attention across the nation in 2021, when anti-CRT bills were proposed in two dozen states, nearly half of which signed them into law. In North Carolina, Gov. Roy Cooper in September vetoed HB 324, which would have prohibited public schools from promoting what proponents of the legislation considered the tenets of critical race theory.

“Public school units shall not promote that: one race or sex is inherently superior to another race or sex,” it reads in part.

The newly approved Pitt County Schools Policy 7720 mirrors the language of the state legislation, though it is structured as a directive rather than a prohibition. It also adds “ethnicity, religion, disability status,” whereas the state legislation only addressed race or sex.

Neither the vetoed state legislation nor the revised schools policy names critical race theory, an issue that confronted school boards throughout the country last year.

The local school board was initially divided over addressing the issue, with some members saying that no policy was necessary because CRT was not part of the current state standards for social studies or the district’s curriculum. Forbes and District 9 representative Benjie Forrest said in August that members of the community who were concerned about the teachings wanted more assurance.

Speakers commenting on the policy at Monday’s meeting illustrated that the issue continues to be a polarizing one.

Kenneth Jones, who has addressed the board numerous times regarding CRT, said it “teaches our children how to hate each other.”

Diane Ruffino, speaking on behalf of the Coalition for Public Education, called the policy revision “a small step in the right direction.

“There should never be a place in our public school system for the teaching and emphasis on race and on skin color,” she said. “Racism is a plague. Its harmful effects spread easily.”

Garrett Taylor, who attended the meeting with his daughter, said there is much misunderstanding about CRT, which he said is primarily discussed at the collegiate level rather than with younger students.

“The fact that we’re sitting here wasting time on the elementary, K8 level talking about CRT just proves that most folks are uninformed and they’re using using this as an agenda to hide information and knowledge,” he said.

“Race will always play a part in what has happened with America because there was a lot of history,” Taylor said. “America has come a long way, but how do we explain to our students how far we’ve come (if) we’re trying to hide the past?”

The local policy states that it should not be construed as prohibiting impartial study and discussion of political and other controversial issues in the classroom setting.