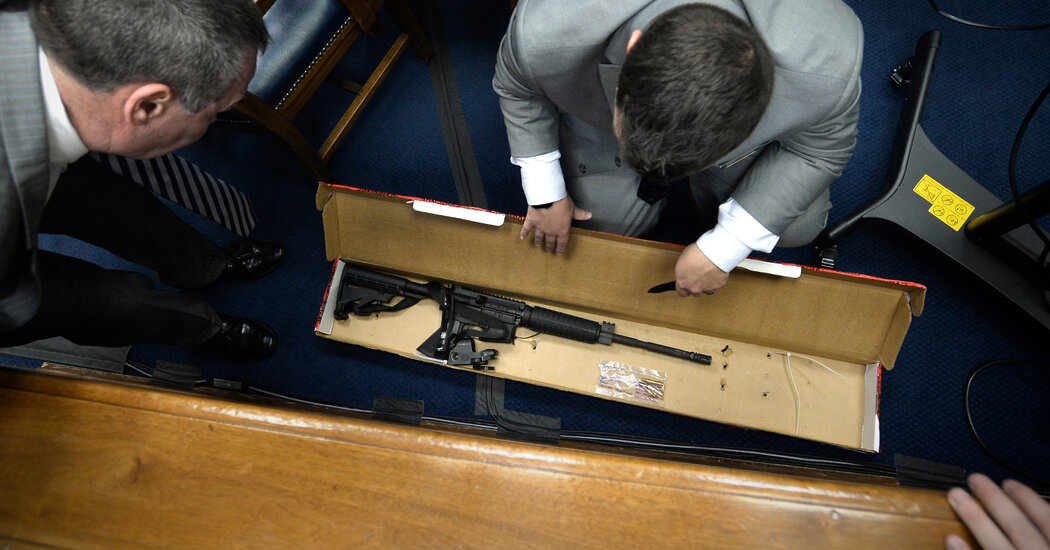 For the advocates, there have been some gains, including a pending ban on the online sale of kit guns and $5 billion in new violence prevention funding that was included in the social spending passed by the House hours before the verdict was announced. But congressional Republicans have blocked efforts to expand federal background checks on gun purchasers and restrict the sale of semiautomatic guns, or even to confirm a permanent director for the Bureau of Alcohol, Tobacco, Firearms and Explosives.

All of that has limited the White House to adopting a series of executive actions, including new regulations on ghost guns and accessories, called stabilizing braces, that can effectively turn a pistol into short-barreled rifle; the regulatory changes are likely to provoke legal challenges. A ban on assault weapons, like the one that Mr. Rittenhouse carried, lapsed in 2004, and Republicans have blocked its renewal.

In the wake of the Rittenhouse verdict, gun control supporters face another, much more significant setback, with a conservative majority on the Supreme Court likely to strike down, or seriously weaken, a New York state law that imposes strict limits on carrying weapons outside the home.

“We are really disappointed with the outcome of the trial, and we are really worried about its implications in the case before the court, because they both deal with the same issue — whether people have the right to carry a loaded gun in public,” said T. Christian Heyne, a survivor of gun violence who is now a top official with the Brady Campaign, one of the country’s biggest gun safety organizations.

Gun laws have generally become more permissive: Open carry is now legal, to one degree or another, in many states. A majority of Americans support stricter gun laws, but a Gallup poll last year showed that support for gun regulation, which surged after a mass shooting in 2018 at Marjory Stoneman Douglas High School in Parkland, Fla., has ebbed during the coronavirus pandemic and a spike in violent crime. Other polls have showed continued strong support.