Robert McFarlane, a national security advisor to former President Ronald Reagan who was involved in the Iran-contra scandal, has died at the age of 84.

McFarlane died on Thursday in Lansing, Michigan, according to the New York Times, and was visiting family when he passed away. 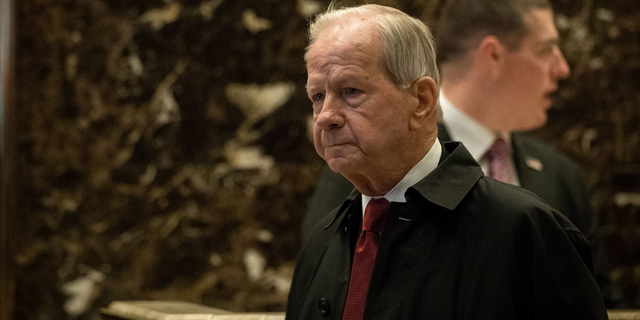 Robert ‘Bud’ McFarlane, National Security Advisor to President Ronald Reagan, walks through the lobby at Trump Tower, December 5, 2016 in New York City. President-elect Donald Trump and his transition team are in the process of filling cabinet and other high level positions for the new administration (Photo by Drew Angerer/Getty Images)

He pleaded guilty to withholding information to congress in 1988 during the investigation of the Iran-contra scandal, when the Reagan administration secretly sold weapons to Iran in exchange for the release of Western hostages in 1988. Money made from the weapons sales was then secretly funneled to the Nicaragua contra rebels who were attempting to overthrow its Marxist government regime.