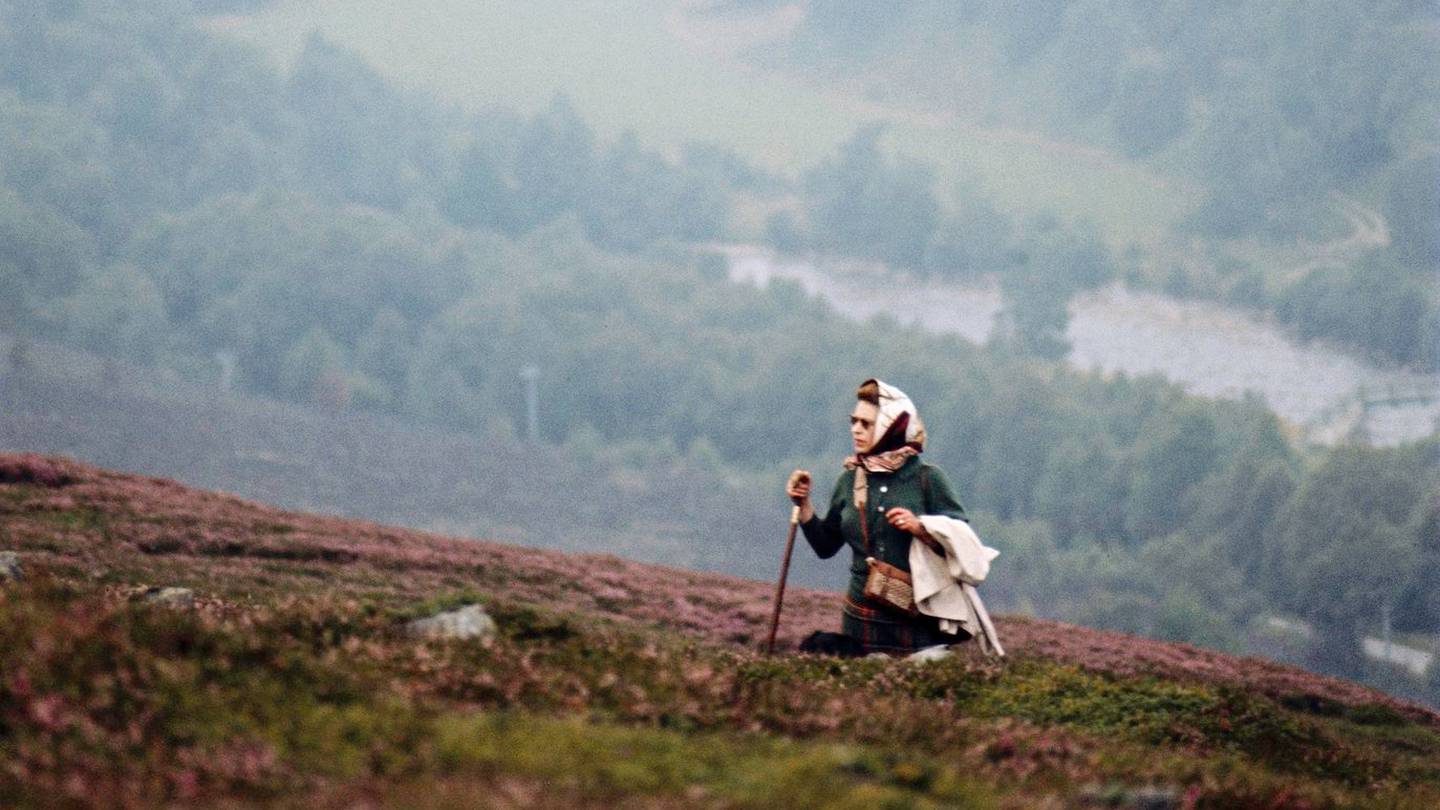 The British royal family have released a previously unseen picture of Queen Elizabeth II, only hours after she was laid to rest.

The image, taken at Balmoral in 1971, shows the queen walking through the heathlands wearing a headscarf and carrying a walking stick.

It was shared by the royals on their Twitter account with the caption: “May flights of Angels sing thee to thy rest. In loving memory of Her Majesty The Queen.”

King Charles III offered the same quote, from Shakespeare’s Hamlet, during a television tribute, in which he paid tribute to his “darling mama”.

“To my darling mama, as you begin your last great journey to join my dear late papa, I want simply to say this: thank you,” he said.

“Thank you for your love and devotion to our family and to the family of nations you have served so diligently all these years.

“‘May flights of Angels sing thee to thy rest.'”

The line is from Act 5, Scene 2, when Horatio pays tribute to his dying friend Hamlet, the Prince of Denmark: “Now cracks a noble heart. Good night, sweet prince, and flights of angels sing thee to thy rest.”

The picture was taken by Lord Lichfield, the queen’s cousin, who took the official photographs of the king’s first wedding to Diana Spencer.

Prince William and Princess Catherine, the Prince and Princess of Wales, shared their own tribute to the late queen, with a picture of the queen’s casket, draped in the Royal Standard, with the Imperial State Crown, Orb and Sceptre on top, carried by coffin bearers.

The caption read: “Goodbye to a Queen, a mother, a grandmother and a great grandmother.”

The queen was buried in a private service, attended by close family members after Monday’s state funeral.

She was laid to rest alongside her husband, Prince Philip, her mother, father and sister in the King George VI Memorial Chapel at Windsor Castle’s St George’s Chapel.

The royal family will observe another week of mourning for the queen.

Buckingham Palace said: “Following the death of Her Majesty the Queen, it is His Majesty the King’s wish that a period of royal mourning be observed from now until seven days after the queen’s funeral.

The family members are not expected to carry out official engagements and flags at royal residences will remain at half-mast until 8am on the day after the end of the mourning period.