UK will assist and support Sweden for its NATO membership, UK Prime Minister Boris Johnson said at the joint press conference with Swedish prime minister Magdalena Andersson. Whatever Sweden decides around its decision of joining NATO Alliance, UK will lend active support to the EU country, British leader said during his trip to the neutral state whom Russia has recently threatened against bolstering ties with EU.

Johnson signed a security assurance pact with Sweden on Wednesday. He stressed that Sweden’s membership to NATO “is a separate conversation” which is “a matter for Sweden”.

“What we are saying emphatically is that in the event of a disaster or the event of an attack upon Sweden, then the UK would come to the assistance of Sweden with whatever Sweden requested,” said UK PM Boris Johnson.

He added, “I think there’s a separate issue about Nato, which I think Sweden is going to be addressing in the course of the next few days.That’s not for me to comment upon except of course to say that I’m sure the UK will support whatever course of action Sweden decides to embark upon and will be as useful and supportive as we can.” 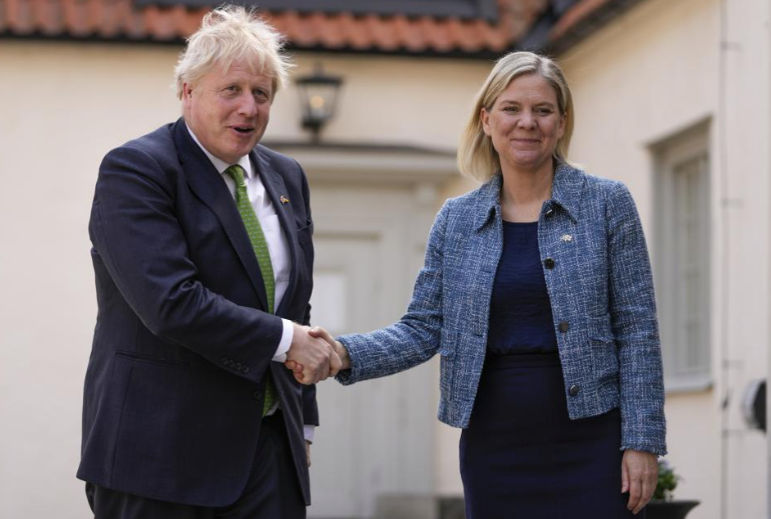