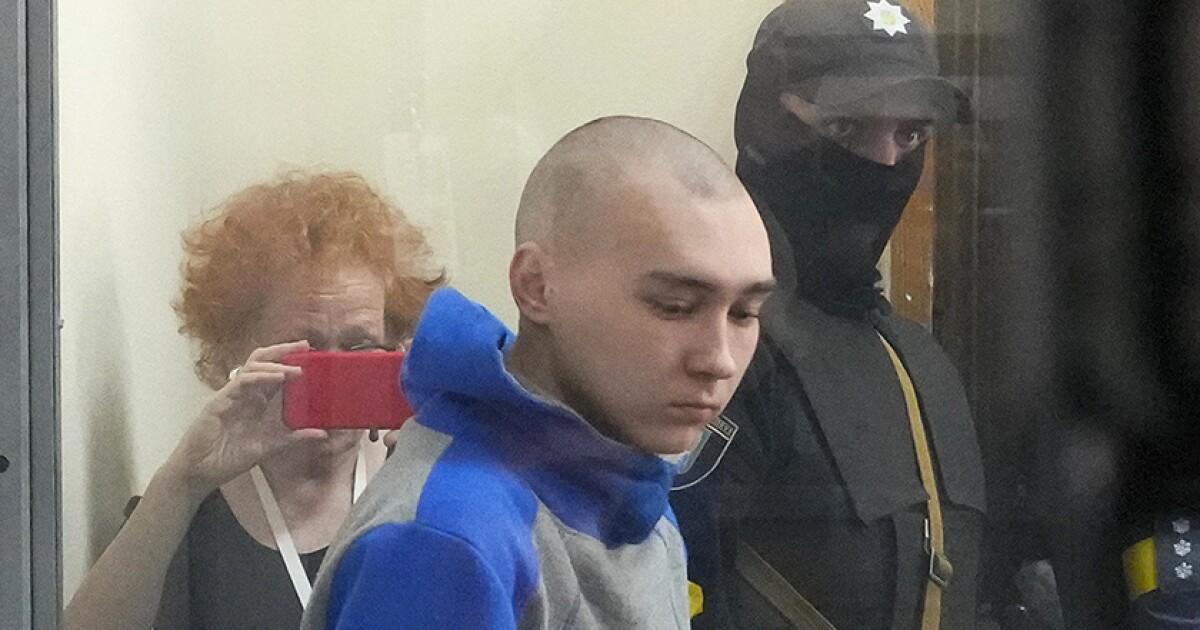 As fighting rages in eastern Ukraine, Russian commanders are under growing pressure to make battlefield gains even if it means taking risks that can backfire, a British military intelligence assessment said Friday.

The assessment cited widely viewed video of Russian armored vehicles destroyed during an attempted river crossing, which was posted online by Ukraine’s military. The images could not be independently verified.

Meanwhile, Russian forces on Friday aimed a punishing new barrage at areas in the country’s north, east and south, including bombardment of a final Ukrainian redoubt in the shattered southern port of Mariupol.

Repeated attempts by the government in Kyiv to broker a deal to evacuate wounded soldiers from a sprawling steel plant — the last sliver of territory in the city held by Ukrainian forces — have so far failed.

At the same time, Ukraine launched what was described as the first war-crimes proceeding stemming from the nearly 3-month-old invasion. A 21-year-old Russian tank commander appeared Friday in court on charges of shooting an unarmed civilian who was riding his bicycle in a northeastern Ukrainian village.

Seeking to intensify Western pressure on Russia’s President Vladimir Putin, the European Union’s top diplomat, Josep Borrell, said the bloc would soon be revisiting the notion of an embargo of Russian oil. Hungary has so far resisted such a step, but Borrell expressed the belief that those reservations could be overcome.

“We need this agreement, and we will have it,” he said Friday as Group of Seven foreign ministers from wealthy democracies gathered in Germany.

On the battlefield, Ukrainian troops have managed to push Russian troops away from the country’s second-largest city, Kharkiv, Ukrainian and Western military officials say, more than a month after Russia broke off an attempt to seize the capital, Kyiv.

But Russian forces have slowly taken some ground elsewhere in Ukraine’s eastern industrial heartland, and heavy use of artillery against populated areas is exacting a horrific civilian toll.

While the front lines have been fluid in some areas, with some villages changing hands repeatedly, clashes along a 300-mile battlefront have been punctuated by some decisive losses and gains. Ukraine’s defense ministry said Thursday that more than a dozen Russian armored vehicles were destroyed while trying to cross the Seversky Donets River near the village of Bilohorivka in Luhansk, one of two provinces making up the Donbas region, the war’s main battleground.

Western analysis of the event placed it in the context of other setbacks suffered by Russian forces during the war, including the failed early attempt to capture Kyiv, saying Moscow’s military leaders were likely under increasing duress as a result.

“Conducting river crossings in a contested environment is a highly risky maneuver and speaks to the pressure the Russian commanders are under to make progress in their operations in eastern Ukraine,” the daily British military assessment said.

Based on images of the event, Russia lost “significant armored maneuver elements” of at least one battalion tactical group, the intelligence report said.

Ukrainian President Volodymyr Zelensky, in an overnight video address, declared that “Russia’s strategic defeat is already obvious to everyone in the world.” He spoke hours after Finland’s leaders expressed support Thursday for joining the NATO alliance, marking a fundamental shift in Europe’s security architecture.

The Kremlin responded to the Finnish announcement, and a similar one considered likely soon from Sweden, with threats of unspecified “military technical” measures. The White House and NATO Secretary General Jens Stoltenberg both said Finnish and Swedish membership applications would be welcomed.

The Russian retreat from areas near the Ukrainian capital followed weeks of its forces occupying suburbs and satellite towns to Kyiv’s north and west. In their wake, the Russian forces left a trove of evidence of atrocities against Ukrainian civilians, which Moscow denies took place.

Ukraine says it is investigating thousands of alleged war crimes, but the trial of Sgt. Vadim Shyshimarin, which opened Friday in a Kyiv courtroom, is the first proceeding of its kind since the war began. The Russian sergeant, who was captured by Ukrainian forces, could face life in prison in the shooting of an unarmed 62-year-old civilian man in the northern village of Chupakhiva.

With Western nations continuing to search for ways to dissuade Putin from pressing on with the war, G-7 foreign ministers held their seventh such gathering since the Feb. 24 invasion. At the meeting in Germany, British Foreign Secretary Liz Truss urged the allies to keep economic sanctions in place until Russian troops leave Ukraine, the British Broadcasting Corp. reported.

Truss told the gathering that Putin was “humiliating himself on the world stage” in Ukraine, the BBC said.