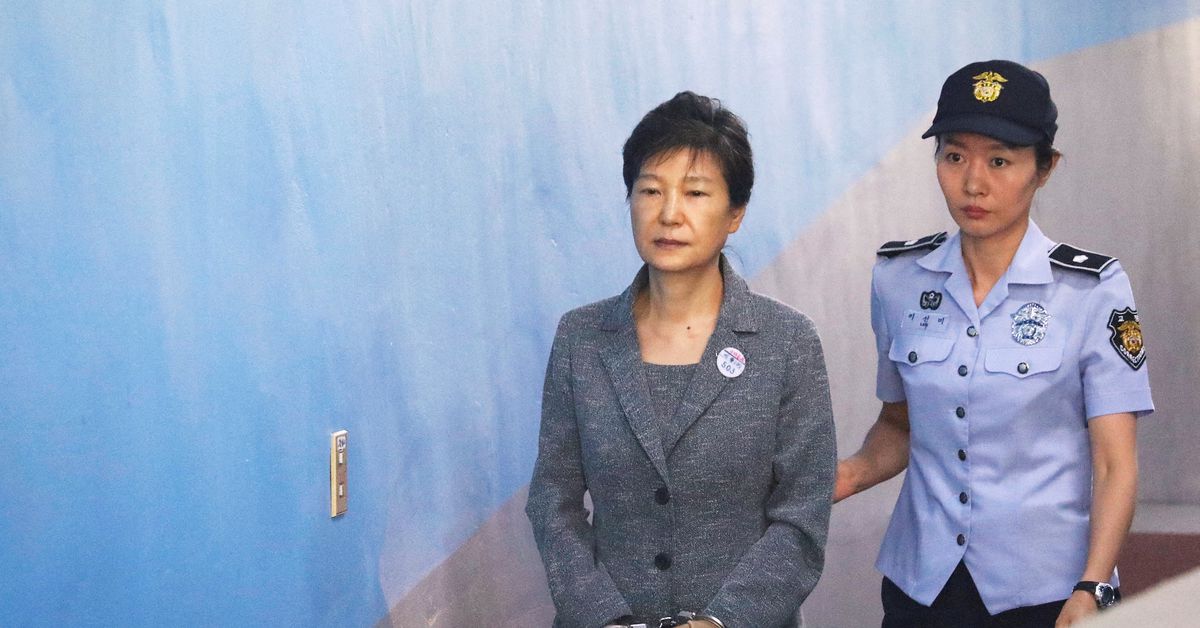 SEOUL, Dec 24 (Reuters) – South Korea’s President Moon Jae-in granted a pardon to former President Park Geun-hye, who was in prison after being convicted of corruption, the justice ministry said on Friday, amid a tight presidential race.

Park, 69, became South Korea’s first democratically elected leader to be thrown out of office when the Constitutional Court upheld a parliament vote in 2017 to impeach her over a scandal that also landed the heads of two conglomerates, including Samsung, in jail.

She was brought down after being found guilty of colluding with a friend to receive tens of billions of won from major conglomerates mostly to fund her friend’s family and nonprofit foundations.

In January, South Korea’s top court upheld a 20-year prison sentence for Park on the graft charges that finalised her downfall, bringing an end to the legal process.

Park’s lawyer Yoo Yeong-ha said Park had offered an apology for causing concern to the public and thanked Moon for making a difficult decision.

“I hope this would provide a chance to go beyond differences in thoughts and pros and cons, and open a new era of integration and unity,” his spokeswoman quoted him as saying.

Moon had previously pledged not to pardon those who were convicted of corruption. But many supporters and politicians of the conservative main opposition People Power party have called for Park’s pardon ahead of the March presidential election, citing her deteriorating health and deepening political strife.

Opposition lawmakers have said that Park has experienced health problems while in prison, including undergoing shoulder surgery.

Park’s imprisonment had become a political hot potato that divided the country, with conservatives having weekly rallies in downtown Seoul urging her release and criticising Moon until the COVID-19 pandemic emerged.

A poll by Gallup Korea in November showed 48% of respondents were opposed to pardoning Park and Lee, but the numbers have dropped from around 60% early this year.

Kim Mi-jeong, 42, a resident of the southern city of Gwangyang, said Park’s pardon was timely. Jang Yun-soo, from Hwaseong on South Korea’s west coast near Seoul, said her release was politically motivated.

Lee said he understood Moon’s “agony” and respected his decision for national unity, but Park should offer a sincere apology for the scandal.

Yoon said Park’s pardon was welcome albeit late, but did not elaborate on reporters’ questions over whether her potential resumption of political activity.

Park’s predecessor, also conservative Lee Myung-bak, who is also imprisoned on corruption charges, was not pardoned.