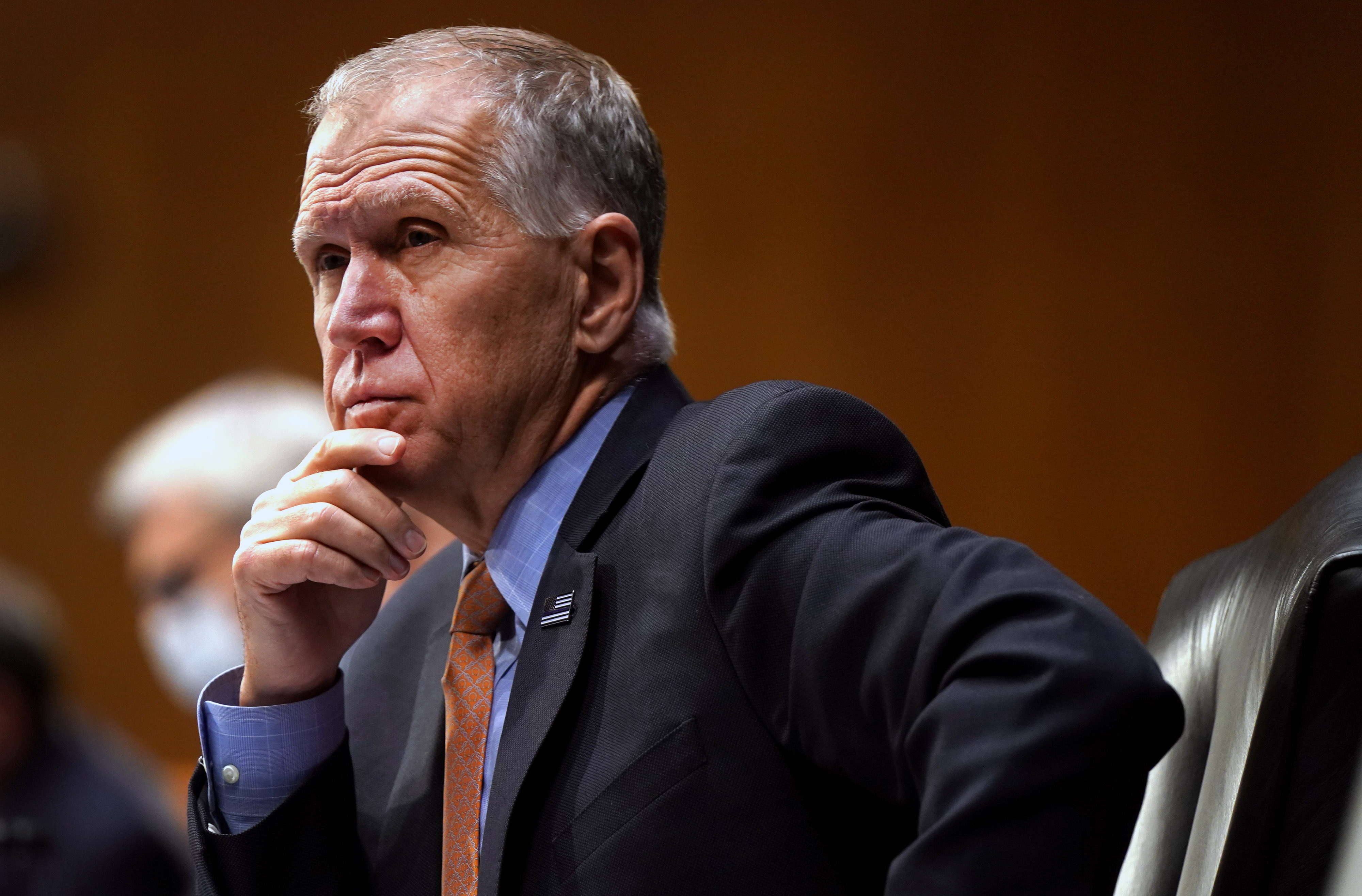 Headed into the floor vote, only a handful of Republicans, including Sens. Mitt Romney (R-Utah), Roy Blunt (R-Mo.) and Lisa Murkowski (R-Alaska) publicly committed to voting for the modified legislation.

Wednesday’s vote showed Majority Leader Chuck Schumer might get what he hoped for when he delayed the bill to protect same-sex marriage rights from coming to the floor in September, agreeing to Republican requests that the chamber take it up after the election.

Some Democrats feared they were being played — convinced to take pressure off the opposing party only to have the GOP tank the legislation later. But negotiators bet that waiting would help solidify support and allow senators to vote without considering the midterms.

Baldwin, along with Sen. Kyrsten Sinema (D-Ariz.) were the lead Democratic negotiators, while Collins worked with Sens. Rob Portman (R-Ohio) and Thom Tillis (R-N.C.) to shore up GOP votes.

While the House passed its same-sex marriage bill in July with support from nearly 50 House Republicans, the process in the Senate has taken more time amid GOP concerns about religious liberty. If the Senate does pass its version, the legislation will need another vote of approval from the House to head to President Joe Biden’s desk.

Tillis predicted ahead of the vote that if the Senate approved the bill, “we will pick up votes on the House side.”

The Senate bill would ensure that the federal government recognize a same-sex marriage if it was valid in the state it took place and couple moved to a state that does not recognize it. That would also apply to interracial marriage. It also would repeal the Defense of Marriage Act signed in 1996, which defined marriage as between one man and one woman under federal laws.

The bipartisan amendment clarifies that the bill would leave intact protections from a 1993 religious freedom law, which outlaws placing a substantial burden on people’s ability to exercise their religion. In addition, it states that nonprofit religious groups would not have to perform marriage services and that the bill would not impact their tax treatment.

Among the groups that announced support for the bill are the National Association of Manufacturers and the Church of Jesus Christ of Latter-Day Saints, which said it “includes appropriate religious freedom protections while respecting the law and preserving the rights of our LGBTQ brothers and sisters.”

While the Supreme Court enshrined same-sex marriage into law in 2015, proponents of the bill are concerned that precedent could eventually be overturned, citing Supreme Court Justice Clarence Thomas’ concurring opinion in the Dobbs decision that questioned other legal rights and pointed specifically to same-sex marriage.

Wednesday’s vote to move forward on the bill marks the first time since 2013 that the chamber has taken up standalone legislation on LGBTQ rights.

Republican opponents to protecting same-sex marriage rights argue that it’s unnecessary, saying the Supreme Court is unlikely to reverse its 2015 ruling. And despite the push by some GOP senators on Schumer to delay the vote, others criticized the timing.

The Senate is expected to proceed now to its version that includes the religious liberty amendment. The bill’s supporters want to see it pass as soon as Thursday. That, however, will require an agreement from all 100 senators to allow it to move more quickly.