After the news of Queen Elizabeth II, the UK’s longest-serving monarch’s passing came about, the world reacted in different ways. Some paid their respects, others tribute and as far as people of India were concerned, they reacted in ways of grief, anger, but my personal favorite was – indifference.

To give everyone a quick reminder as to how we go way back with the Queen, India was colonized by the East India Company for decades before we finally drove them out and gained our independence. Which is why, showing indifference to the passing of the UK’s monarch, was a bit of an understatement. 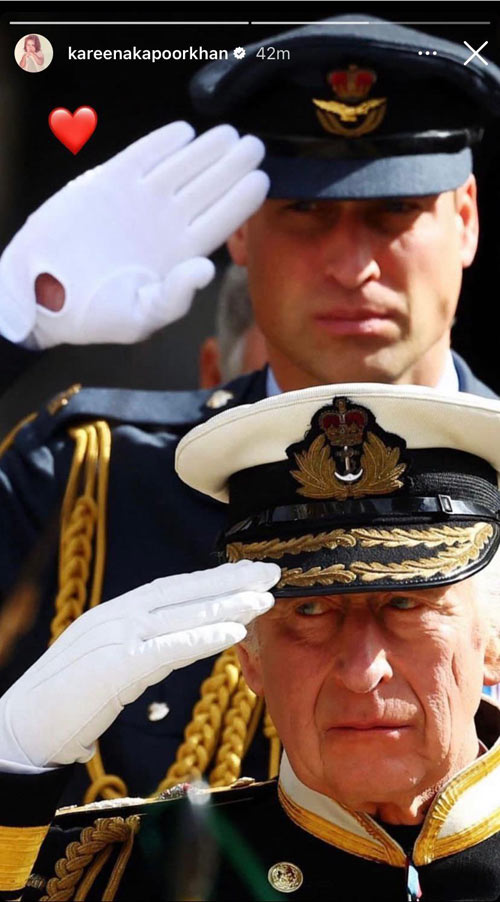 Something that was conveniently forgotten by Bollywood actress Kareena Kapoor Khan, who recently chose to share a picture of King Charles, paying a homage to Queen Elizabeth.

And obviously, social media didn’t take it all too well. 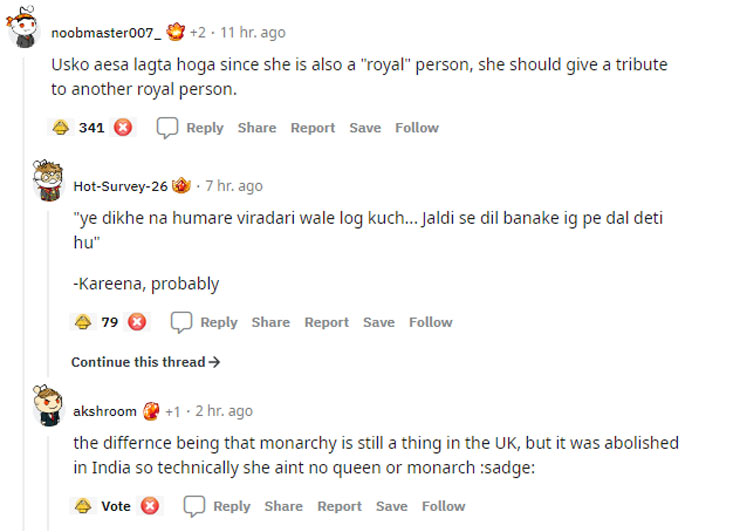 The actress got trolled left, right and center for having ‘forgotten her roots’ as people called her out on her post. One user even commented, “And the fact that Indians still put these people on a pedestal calling their children nawabi prince and princess, we never learn.” 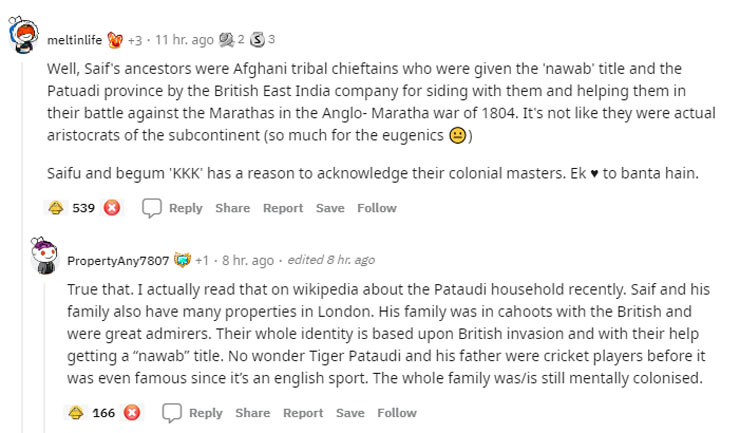 Several people also took a dig at the Pataudi family, claiming that they earned the title of ‘Nawabs’ for being in cahoots with the British. A user shared, “Well, Saif’s ancestors were Afghani tribal chieftains who were given the ‘nawab’ title and the Pataudi province by the British East India company for siding with them and helping them in their battle against the Marathas in the Anglo- Maratha war of 1804. It’s not like they were actual aristocrats of the subcontinent (so much for the eugenics). Saifu and begum ‘KKK’ has a reason to acknowledge their colonial masters.” 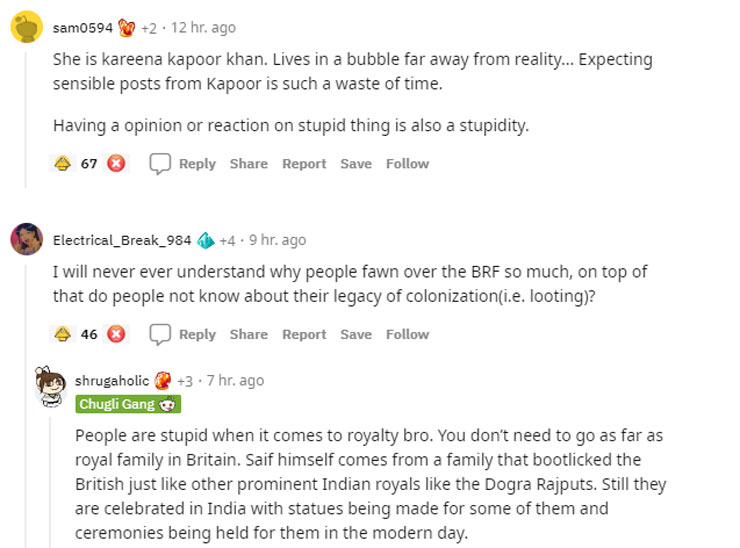 Looks like this year isn’t shaping up to be all that great for Bebo, professionally or personally.