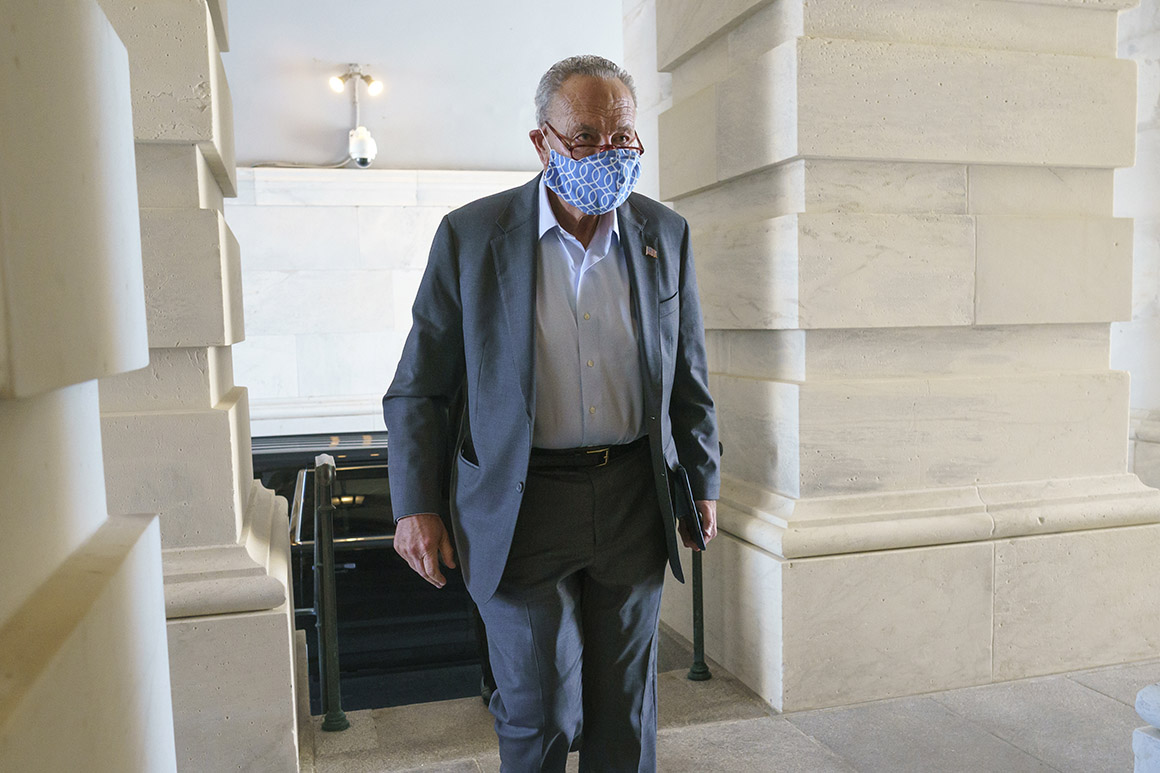 Another failed vote to lift the debt ceiling could worry economists and Wall Street investors, as the Treasury Department warns that the nation could deplete its borrowing ability by Oct. 18, or the so-called X Date.

“Let me be clear about the task ahead of us: we must get a bill to the President’s desk dealing with the debt limit by the end of the week. Period,” Schumer said in a letter to colleagues on Monday morning, threatening to work through the weekend or cancel next week’s recess if legislation doesn’t end up in Biden’s hands.

“We do not have the luxury of waiting until October 18th,” Schumer said. “The consequences of even approaching the X Date could be disastrous for our economy and devastating to American families, raising the costs of borrowing for average Americans and hampering our economic recovery over the long-term.“

But Democrats must start moving soon if they want to lift the debt ceiling through the reconciliation process, or the same special budget procedure that they’re using to pass Biden’s massive social spending plan. Biden signaled no interest in the notion during remarks on Monday, stressing that Republicans must stop stonewalling.

“What they’re doing today is so reckless and dangerous in my view,” Biden said, adding that he can’t “guarantee” the government won’t default on its financial obligations amid the standoff.

“Not only are Republicans refusing to do their job, they’re threatening to abuse the power, their power, to prevent us from doing our job saving the economy from a catastrophic event,” he said.

Still, it’s unclear if some Senate Republicans will start to feel the heat from the business community and financial markets should the stalemate continue to drag on. If the GOP simply refuses to lend the necessary votes, several Senate Democrats said the majority party won’t allow the country to cross over into dangerous economic territory.

Sen. Tim Kaine (D-Va.), a member of the Senate Budget Committee, said last week that he expects Democrats to be “very engaged” on the debt limit in the coming days. While a one-party approach to tackling the debt limit is “more complicated,” Democrats ultimately won’t allow default to happen, he said.

“I don’t want to run it up to the 18th of October,” Kaine said last week, referring to the possible date when the Treasury Department could run out of cash.

In his Monday letter, Schumer said Democrats will discuss the debt ceiling at their party lunch on Tuesday. Treasury Secretary Janet Yellen has warned that if Congress waits until the last minute to lift the cap on the nation’s borrowing authority, it could “cause irreparable damage to the U.S. economy and global financial markets.”

“Dems have all the levers,” Kaine said. “Even if the other side wants to flirt with default,” Democrats won’t, he said.

Senate Finance Chair Ron Wyden (D-Ore.) said last week, “We are going to make sure that debts that are incurred are paid.”

“I just wish Republicans were part of that solution as we were during the Trump administration,” he said, referencing the three times that Congress lifted the debt limit during President Donald Trump’s tenure.

Absent congressional action, a default on the nation’s debt means the Treasury Department won’t be able to meet more than $1 trillion in financial obligations.

In that scenario, which has never happened before, the government’s credit rating would get whacked, interest rates could spike, financial markets would take a downturn and critical safety net payments to Americans would be in jeopardy.