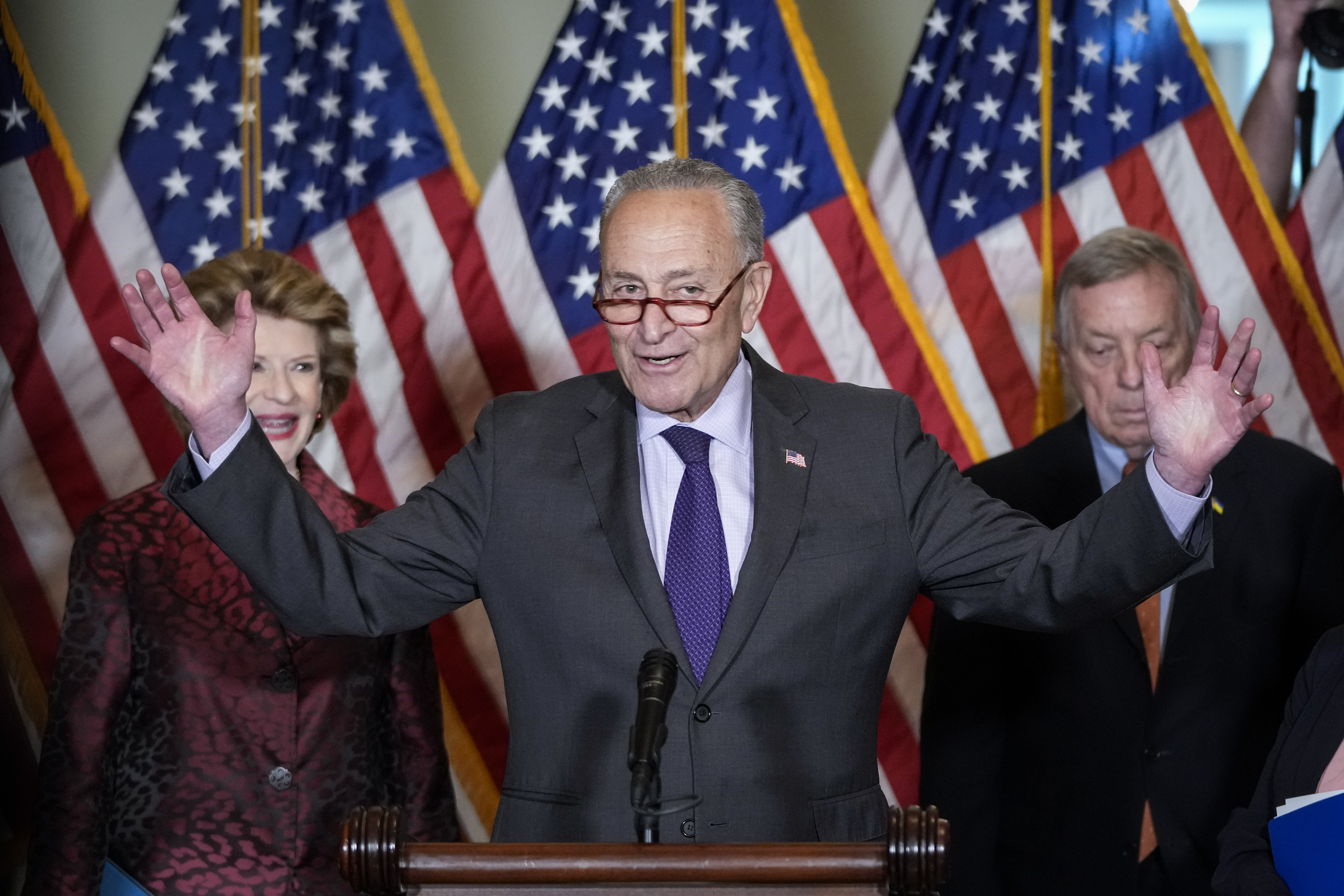 After Senate Majority Whip Dick Durbin (D-Ill.), Schumer proposes that the next position is the Democratic Policy and Communications Committee, currently helmed by Stabenow (D-Mich.), followed by the chair of the Democratic Steering and Outreach Committee, a position currently held by Klobuchar (D-Minn.). It’s a return to where Schumer once stood before he became leader, as the DPCC chairman and No. 3 under former Sen. Harry Reid (D-Nev.).

Whitehouse proposes that starting in 2025, the whip, DPCC chair and steering chair would not be able to also hold prime committee leadership roles. Durbin is currently Judiciary chair; Stabenow runs the Agriculture Committee, and Klobuchar heads the Rules Committee.

Schumer’s leadership team is sprawling, with several tiers and meetings on Monday evening and Tuesday mornings followed by a full caucus lunch. Still, there is some consternation among more junior members that it’s difficult to crack the top rungs. Senate Republicans have term limits on every top five leadership slot except for Republican leader.

The top Democratic and Republican leaders give weekly press conferences each week as well, making the top jobs more visible. Murray is leaving the top leadership as she prepares to chair the Appropriations Committee and become Senate pro tempore, which places her in the line of presidential succession.

In 2020, Whitehouse challenged Durbin as he sought to become Judiciary Committee while still maintaining the No. 2 leadership position. The caucus, however, voted to allow Durbin to keep both roles, provided he and other more senior leaders offer to give prime subcommittee gavels.

The Senate Democratic caucus is expected to discuss the new rules changes Tuesday, Nov. 29, with a vote slated for Dec. 1, one week before the caucus’ leadership elections. The ballots will be secret.

There’s no guarantee, however, that all of those senators will hold the same positions in the new Congress. And Schumer still needs to find someone to chair the Democratic Senatorial Campaign Committee, currently run by Sen. Gary Peters (D-Mich.). Before the Thanksgiving recess, Sen. Mark Kelly (D-Ariz.) said he wasn’t ruling it out while Sen. Alex Padilla (D-Calif.) said he is not currently interested.