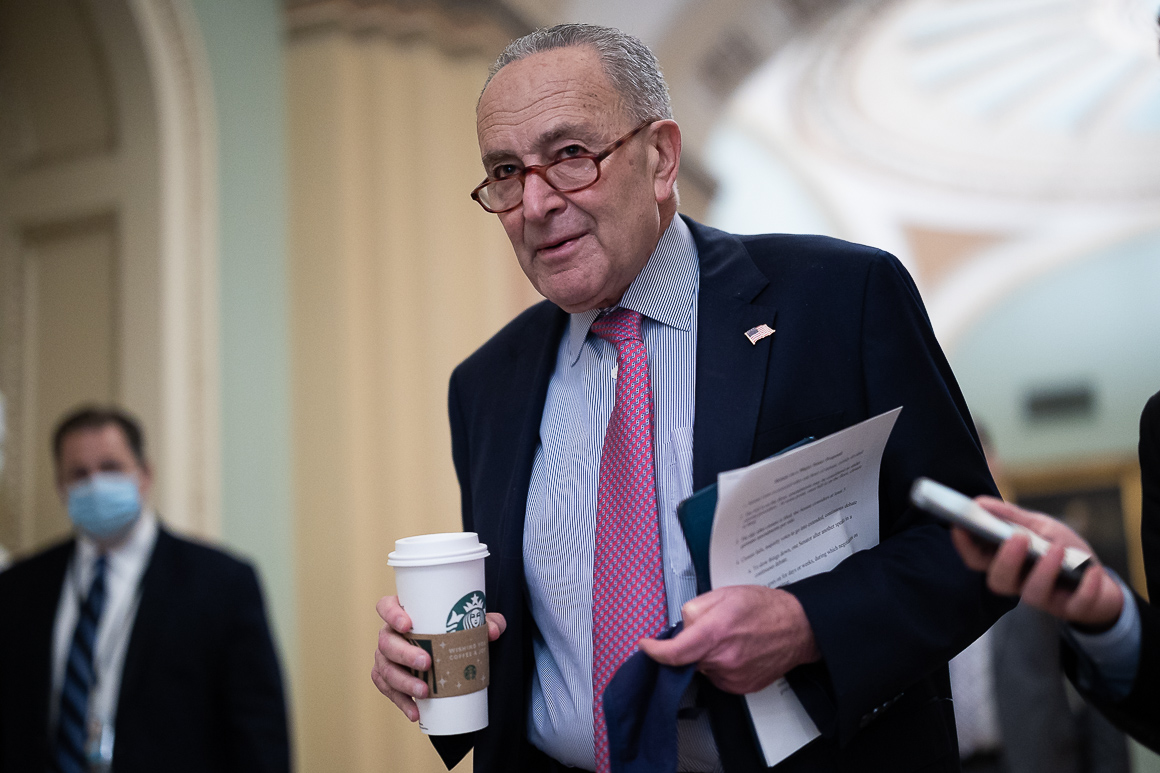 For months, Senate Democrats have tried to find a path forward on elections reform and voting rights legislation, arguing that doing so is necessary to ensure ballot access in GOP-led states that have enacted new restrictive laws. Senate Republicans, however, are unanimously opposed to the elections reform bill, describing it as nothing more than an attempt by the federal government to take over state-run elections.

Progressives have long argued that Democrats need to nix the legislative filibuster in order to pass the elections reform bill. While both Sens. Joe Manchin (D-W.Va.) and Kyrsten Sinema (D-Ariz.) support the legislation, both have vowed that they will not scrap the chamber’s 60-vote threshold. And Manchin has historically opposed using the so-called nuclear option to change Senate rules by a simple majority vote. Instead, he’s insisted that any changes to the rules should be bipartisan.

In Monday’s letter, Schumer invoked the upcoming one-year anniversary of the Jan. 6 attack on the U.S. Capitol, describing it as a “symptom of a broader illness — an effort to delegitimize our election process.”

“The Senate must advance systemic democracy reforms to repair our republic or else the events of that day will not be an aberration — they will be the new norm,” Schumer wrote. “We as Senate Democrats must urge the public in a variety of different ways to impress upon their Senators the importance of acting and reforming the Senate rules, if that becomes a perquisite for action to save our democracy.”

The imminent push to pass elections reform legislation will bring the debate over Senate rules to a head, even as the path forward remains unclear.

A small group of Senate Democrats have met quietly with Manchin to gauge his openness to changing Senate rules. While an outright elimination is off the table, Democrats are trying to see whether Manchin and Sinema are open to other proposals, like bringing back the talking filibuster. Prior to leaving for a two-week recess in December, Democrats held several caucus discussions on the matter.