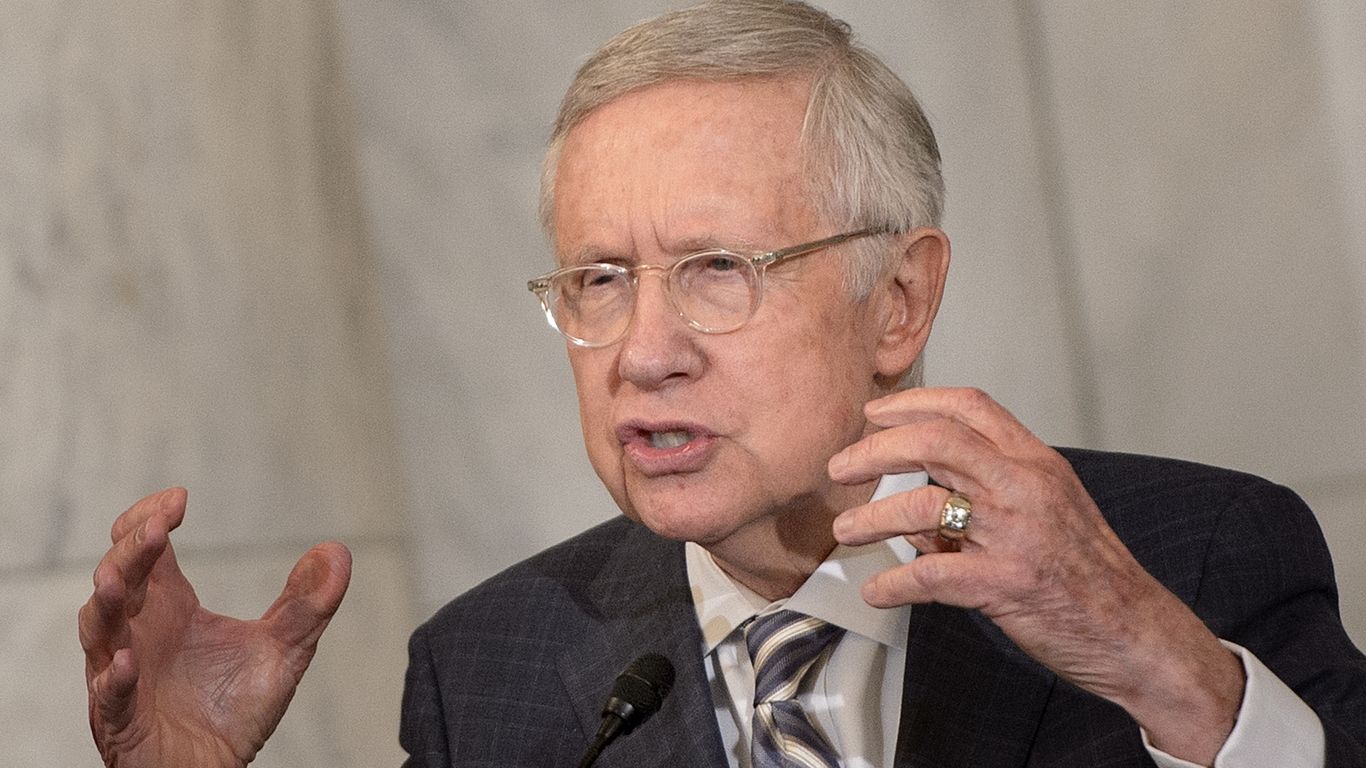 Congressional leaders and the family of late Sen. Harry Reid (D-Nev.) are finalizing details to have the former majority leader lie in state in the Capitol Rotunda during the week of Jan. 10, a person familiar with the matter tells Axios.

Why it matters: The honor is accorded to Americans who’ve served their country in an official capacity. Just weeks ago, it was conferred on another Senate majority leader, the late Sen. Bob Dole (R-Kan.).

The big picture: Both chambers of Congress need to agree to a joint resolution to accord the honor, as well as work with military officials on some of the logistics.

Editor’s note: This story has been corrected to note that George H.W. Bush was the last president to lie in state, not Gerald R. Ford.