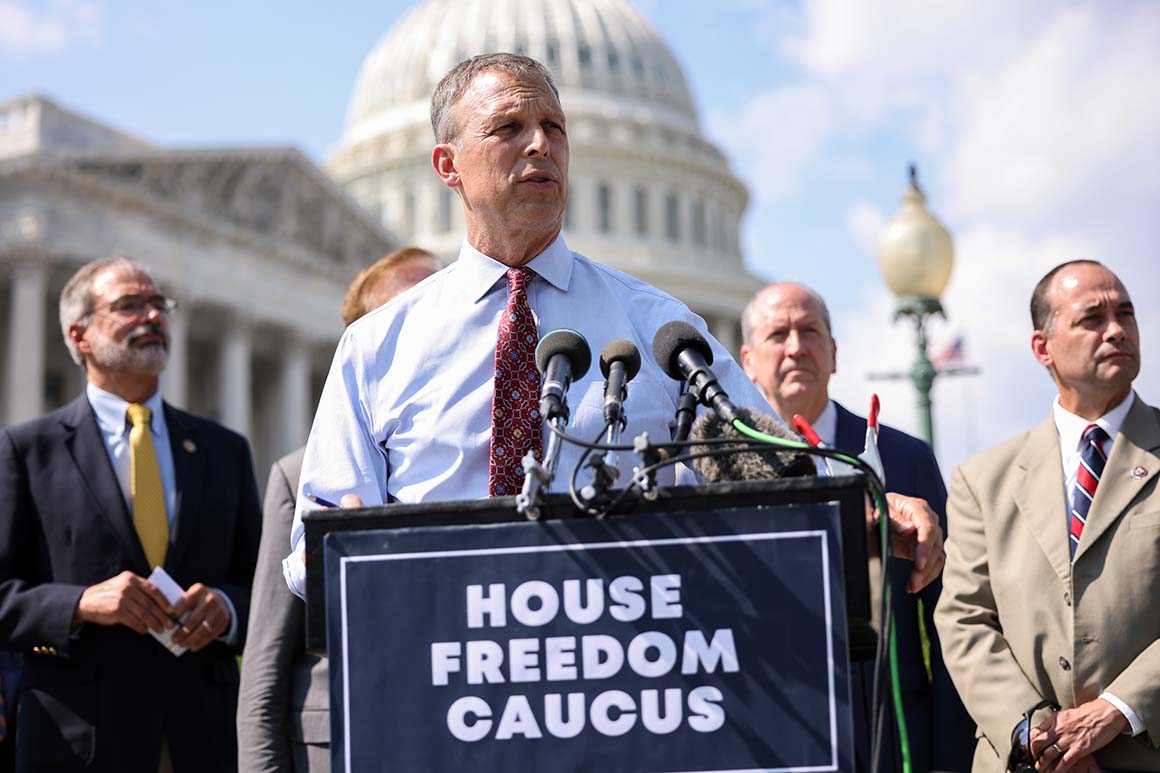 Perry also recommended to Donoghue that Jeffrey Clark, then the head of the Justice Department’s civil division, should become more involved in DOJ’s handling of the 2020 election. Trump later considered Clark as a replacement for the acting attorney general, seeing Clark as more sympathetic to claims of voter fraud that have proven baseless.

Donoghue, for his part, told the congressman he could send along information about the election administration process but added that the department had not found outcome-altering levels of fraud.

The episode is one of many findings detailed in the nearly 400-page interim report from the Judiciary Committee on its eight-month-long investigation into Trump’s attempts to push DOJ to interfere in the 2020 election.

The report indicates that the House Freedom Caucus, a group of hardline conservatives with close ties to Trump, took an active role in helping the president strategize about ways to undercut Joe Biden’s victory. But the report indicates that Perry, more than other House Republicans, took a direct role in attempting to help Trump install loyalists in the Justice Department who would assist in undermining the legitimacy of Joe Biden’s victory.

Perry’s office did not immediately return a request for comment on the congressman’s presence in the Senate Judiciary report.

“These ties warrant further investigation to better place Trump’s efforts to enlist DOJ in his efforts to overturn the presidential election in context with the January 6 insurrection,” the Judiciary report concludes. “Because the events of January 6 are outside the immediate purview of the Committee’s investigation, this report is being made available to the House Select Committee on the January 6 Attack, as well as the public, to assist their investigation.”

The Jan. 6 select panel has indicated it is interested in pursuing testimony and evidence that Republican lawmakers might have about Trump’s role in stoking the attack on the Capitol. But it’s rare for lawmakers to turn their investigative powers on their own colleagues and is likely to create significant hurdles for investigators as they enter this uncharted terrain.

More broadly, the Senate report confirms the intense effort by Trump to enlist his Justice Department to pressure state and local officials to override the election results. Details of the effort are still being unearthed, with Judiciary continuing its work alongside other congressional panels, but Thursday’s report outlines how often Trump flirted with replacing key officials who supervised election-related investigations.

“Today’s report shows the American people just how close we came to a constitutional crisis. Thanks to a number of upstanding Americans in the Department of Justice, Donald Trump was unable to bend the Department to his will,” said Judiciary Chair Sen. Dick Durbin of Illinois in a statement.

One key person the committee proved unable to interview was Clark. He did not agree to Judiciary’s request for a voluntary interview, according to the report, and it’s unclear whether Durbin intends to subpoena him.

Perry, the report notes, played a key role in pushing for Clark to replace Rosen at Trump’s DOJ.

The panel’s even split between Republicans and Democrats could make it difficult to subpoena Clark, but the House select panel investigating the Jan. 6 attack has indicated it would also examine the Justice Department and interviewed Donoghue on Friday. The Senate panel is also asking for White House records from the National Archives that it has “thus far been unable to produce.”

Olivia Beavers contributed to this report.