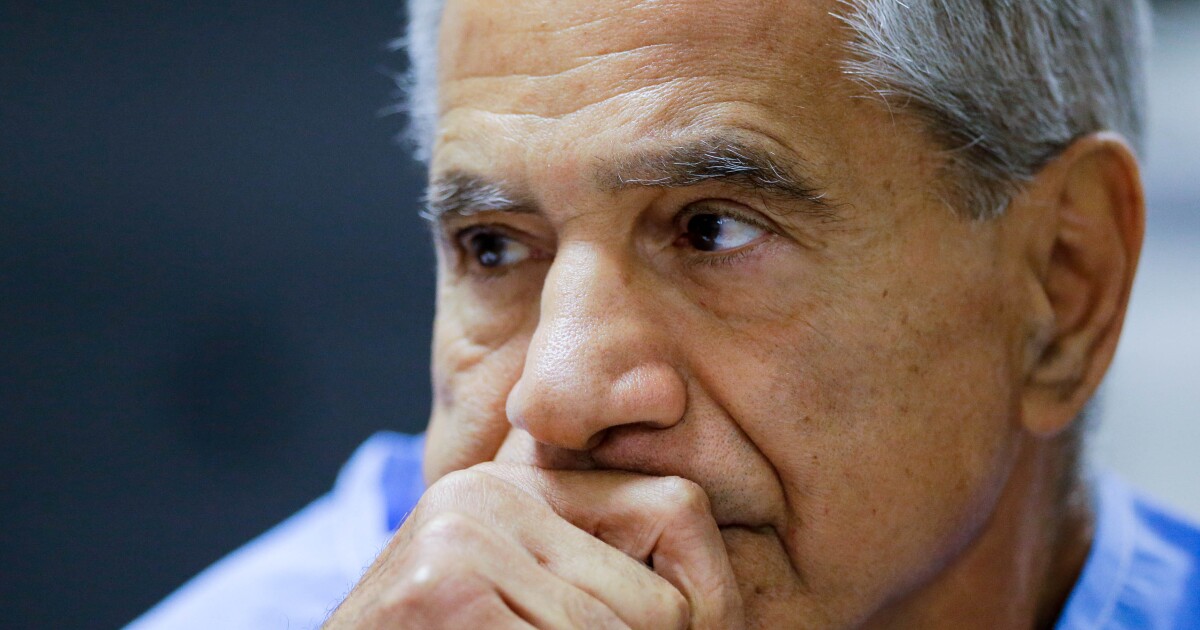 Gov. Gavin Newsom on Thursday refused to parole the man convicted of gunning down Robert F. Kennedy in Los Angeles, a brazen assassination of a presidential candidate that scarred the nation and altered the course of American politics during the turbulent 1960s.

A two-person state parole panel recommended in August that Sirhan Sirhan be paroled, influenced in part by two of Kennedy’s children, who have advocated for his release. Sirhan has been imprisoned for more than half a century since his conviction in Kennedy’s shooting death at the Ambassador Hotel the day after the senator won California’s 1968 Democratic presidential primary.

“Mr. Sirhan’s assassination of Senator Kennedy is among the most notorious crimes in American history,” Newsom said in a statement released Thursday afternoon. “After decades in prison, he has failed to address the deficiencies that led him to assassinate Senator Kennedy. Mr. Sirhan lacks the insight that would prevent him from making the same types of dangerous decisions he made in the past.”

Newsom, who as governor has the final say on Sirhan’s release, had appeared resistant from the outset.

The governor has said he has idolized Kennedy throughout his adult life. In recent months, he repeatedly told reporters that one of the few photographs on his desk shows Kennedy with his father, late appellate court Judge William Newsom.

Newsom explained his decision in an opinion article published in the Los Angeles Times. The governor said Sirhan still refuses to accept responsibility for the assassination of Kennedy despite overwhelming evidence of his guilt, and remains a danger to society. He called Sirhan a “potent symbol of political violence.”

“Kennedy’s assassination not only changed the course of this nation and robbed the world of a promising young leader, it also left his 11 children without a father and his wife without a husband,” Newsom wrote. “Kennedy’s family bears his loss every day. Millions of Americans lost a unifier in a time of national turmoil and grief, just nine weeks after the assassination of the Rev. Martin Luther King, Jr., and four-and-a-half years after the murder of Kennedy’s brother, President John F. Kennedy.”

On the night Gov. Newsom overwhelmingly defeated the Sept. 14 recall vote, he ended a subdued victory speech by quoting Kennedy: “Tonight I’m humbled, grateful, but resolved in the spirit of my political hero Robert Kennedy ‘to make more gentle the life of this world.’”

Kennedy, who represented New York in the U.S. Senate, championed civil rights and campaigned to end America’s involvement in the Vietnam War. He was considered a leading candidate for president when he was assassinated.

Minnesota Sen. Hubert Humphrey went on to win the Democratic nomination only to lose to Republican Richard Nixon, who resigned in disgrace in 1974 over the Watergate scandal.

Historian Patricia Sullivan of the University of South Carolina said the assassination of Robert Kennedy robbed the country of an inspirational leader who, whether elected president or not, would have had a generational influence on combating poverty and the fight for equal rights and justice in America.

“He represented, in a real way, such extraordinary possibility for this country to move in a new direction. The fact that that that possibility ended with his death is significant,” said Sullivan, author of “Justice Rising: Robert Kennedy’s America in Black and White.”

“He was fully part of the movement, sort of writ large, to face the consequences of America’s racial past and then work at all levels of society to move the country forward,” she said.

Months after taking office, Newsom lined the hallways of the governor’s office with over 50 photographs of mourners who lined the railways to see Kennedy’s funeral train as it carried his body from New York to Washington, D.C., more than half a century ago.

Newsom said in September that his use of the photos should give “a sense of where [he] might be leaning” regarding Sirhan’s recommended parole. The governor said his office had been inundated with calls, emails and text messages about the inmate’s fate.

“This is very raw and emotional for people,” Newsom told reporters in September. “People aren’t just giving an opinion about yes or no. They’re expressing their memories of that time … and connecting the dots to the ’60s and that stress and anxiety.”

For Newsom, deciding whether to approve Sirhan’s release pitted his personal admiration for Kennedy against his distaste for the “tough on crime” mentality popular in recent decades. Newsom placed a moratorium on executions in California, and before becoming governor supported the legalization of marijuana as well as Proposition 47, the 2014 voter-approved ballot measure that reclassified some felony drug and theft offenses as misdemeanors.

Since taking office, however, Newsom has not hesitated to reject state parole board recommendations. He blocked the release of Charles Manson follower Leslie Van Houten in 2020, and did the same last summer for Royce Casey, one of three men convicted in the brutal murder of a 15-year-old girl in San Luis Obispo County over two decades ago.

In the end, it was left to Newsom to decide how much mercy to show a convicted assassin who altered the course of American history.

Sirhan, a Palestinian immigrant who had written a manifesto calling for Kennedy’s death, said he was drunk and didn’t remember opening fire at the since-demolished Ambassador Hotel on Wilshire Boulevard. Sirhan initially was sentenced to death, but that was commuted to life imprisonment after California briefly outlawed capital punishment in 1972.

During his virtual parole hearing in August, Sirhan nonetheless expressed remorse and said he had recommitted his life to peace during the decades he has spent in several California prisons.

“Sen. Kennedy was the hope of the world, and I injured — and I harmed all of them — and it pains me to experience that, the knowledge for such a horrible deed, if I did in fact do that,” he said. “I’m still responsible for being there and probably causing this whole incident, through my own gun or other guns.”

But Sirhan’s words meant little to the late senator’s widow.

“Our family and our country suffered an unspeakable loss due to the inhumanity of one man … he should not have the opportunity to terrorize again,” Ethel Kennedy, who was pregnant when her husband was assassinated, said in a statement in August.

Although six of Kennedy’s surviving children said they were devastated by the parole panel’s recommendation, two have voiced support for Sirhan.

Douglas Kennedy told the panel that he once lived in fear of Sirhan, but now saw him “as a human being worthy of compassion and love.”

Robert F. Kennedy Jr., who has echoed claims that a second gunman killed his father, told The Times in August that he was “happy that the justice system showed some humanity.”

On Wednesday, Newsom noted that the “overwhelming majority” of the Kennedy family opposed Sirhan’s parole.

He also brushed aside the comments from Kennedy Jr., an anti-vaccine activist. The website of Children’s Health Defense, an organization he leads, alleged in the fall that the governor experienced symptoms in response to a COVID-19 vaccine booster that were “similar to those associated with Guillain–Barré syndrome” — an assertion that Newsom said was absolutely false.

“He’s not someone I follow day in and day out for counsel or advice,” Newsom said.