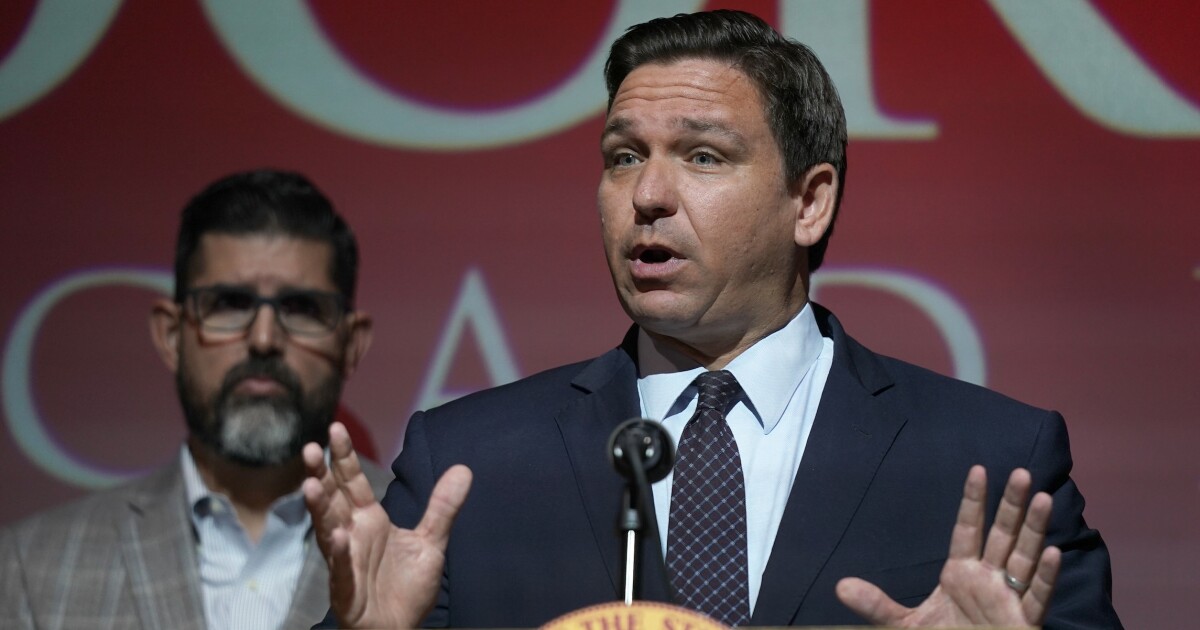 Alianza Americas is suing DeSantis over him flying illegal immigrants to Martha’s Vineyard, Massachusetts. Newly filed tax forms show that this same charity received $70,000 in 2021 from the New Venture Fund, a nonprofit organization under the helm of Arabella Advisors — the largest liberal dark money network in the United States.

Arabella is a Washington, D.C.-based consulting firm that manages the New Venture Fund and four other nonprofit groups that bankroll liberal causes. The groups, which do not disclose their donors on tax forms, fiscally sponsor a variety of other liberal groups that, in turn, do not file tax forms to the IRS.

Arabella’s entire network received over $1.5 billion from secret donors in 2021, records show. The New Venture Fund, the largest of the five groups in Arabella’s network, received $955 million and disclosed $553 million in expenses.

Alianza, a pro-immigration advocacy group, has repeatedly called to “defund” both Customs and Border Protection and Immigration and Customs Enforcement. Between 2016 and 2020, the charity received $1.4 million from Soros’s Open Society Foundations network, a major liberal grant-maker.

In September, Alianza alleged in its lawsuit against DeSantis that the governor “intentionally targeted only individuals who are non-white and born outside the United States.” The suit was filed on behalf of the immigrants, who were informed of their destination prior to boarding the flights, documents show.

The newly disclosed grant to Alianza comes after allegations the charity may have violated federal laws.

The National Legal and Policy Center, a conservative watchdog, filed an IRS complaint in October alleging that Alianza may have failed to disclose lobbying activities on its 2019 and 2020 tax forms. This is because Alianza claimed it didn’t lobby despite, in other portions of its tax forms, disclosing that it engaged in certain political advocacy that could constitute lobbying, said NLPC.

Alianza said in its tax forms that it held “two congressional briefings” in Washington, D.C., on immigration-related issues and also made over 200 “visits to Congress” between June 2017 and September 2019.

Prior to NLPC’s complaint being filed, Reps. Chip Roy (R-TX) and Beth Van Duyne (R-TX), as well as former Department of Health and Human Services chief of staff Brian Harrison, demanded the HHS inspector general ensure federal grants given to Alianza were not used for lobbying.

Alianza has raked in $8.5 million in grants from the HHS, records show. It is illegal for federal grants to be used for lobbying.

“As we learn more about Alianza Americas, the need for a full investigation of what the Biden administration knew when HHS gave them millions of tax dollars increases,” Harrison told the Washington Examiner. “My constituents’ tax money must not be given to liberal organizations to be weaponized against them by promoting disastrous open border policies. The American people deserve answers.”

The New Venture Fund did not respond to a request for comment, nor did Alianza.