The South Dakota Senate convicted Attorney General Jason Ravnsborg on two charges in his impeachment trial on Tuesday, removing him from office and preventing him from holding office in the future.

The impeachment stemmed from a 2020 car accident in which the Republican Ravnsborg fatally struck a man with his car. The night of the crash he said in a 911 call that he thought he hit a deer or some other large animal, and was not aware that he hit a person until the next day.

“There’s no question that was a lie,” Republican State Sen. Lee Schoenbeck said. “This person ran down an innocent South Dakotan.”

Clay County state’s attorney Alexis Tracy, who led the prosecution team, agreed, saying that Ravnsborg “absolutely saw the man that he struck in the moments after.”

That man was Joseph Boever, 55. Ravnsborg reached a settlement agreement with Boever’s widow in September after she threatened a lawsuit. The terms of the settlement have not been disclosed.

Ravnsborg had been charged with two traffic misdemeanors following the accident, and he pleaded no contest to both, receiving $500 fines for each one. The State Senate convicted him of committing a crime that caused someone’s death, and of malfeasance. Prosecutors accused Ravnsborg of using his position “to set the tone and gain influence” over the investigation, and making “misstatements and outright lies.” 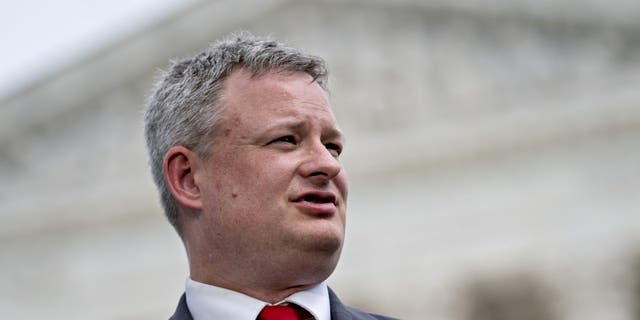 SOUTH DAKOTA AG IMPEACHMENT TRIAL: WHAT YOU NEED TO KNOW

Ravnsborg’s attorney, impeachment expert Ross Garber, told the South Dakota Senate that removing the attorney general from office would be “undoing the will of the voters.”

Gov. Kristi Noem will now pick Ravnsborg’s replacement, who will serve until a new attorney general is elected in November and then sworn into office.

“After nearly 2 years the dark cloud over the Attorney General’s office has been lifted,” Noem tweeted Tuesday evening. “It is now time to move on and begin to restore confidence in the office.”