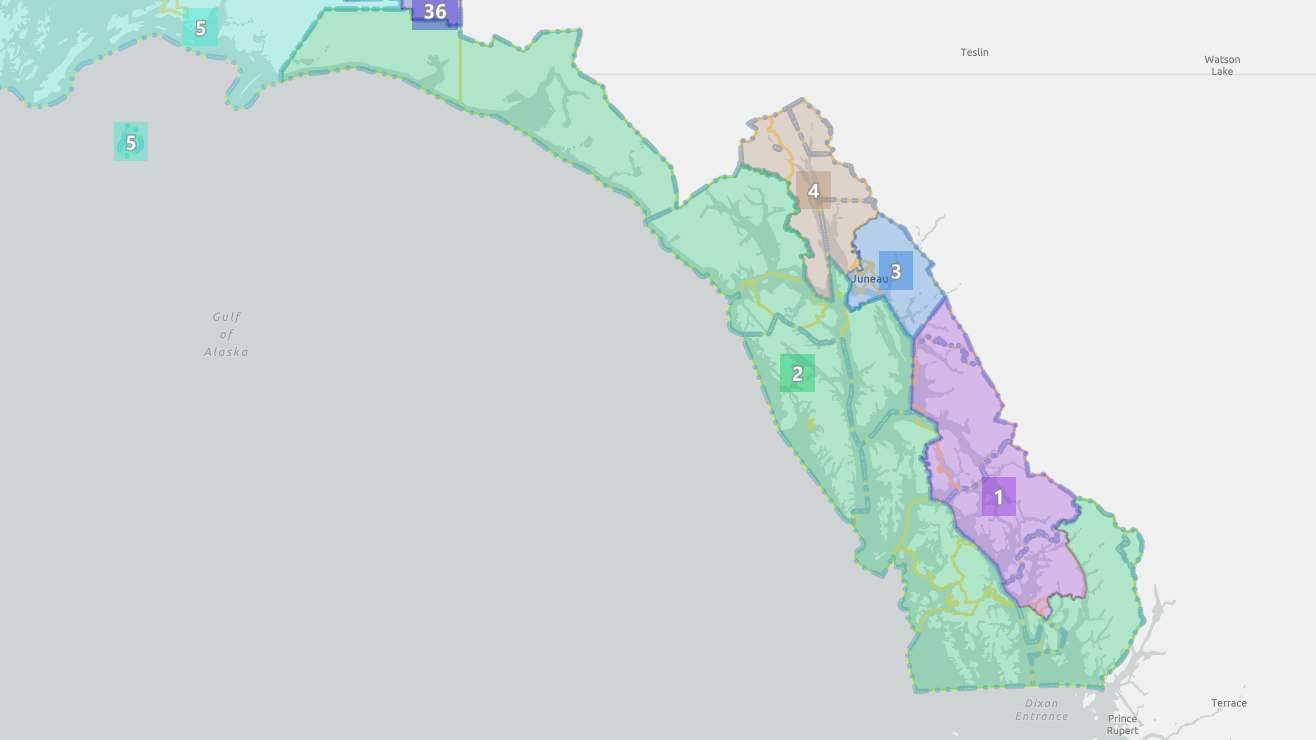 Under the first draft of a state redistricting plan released late Thursday, Southeast Alaska keeps all four of its current House seats despite losing population in all but one of those constituencies since 2010.

A decade ago, Southeast lost a Senate and a House seat when the districts were redrawn due to population shifts. That was largely due to faster growth in the Rail Belt, which can shift political clout to the road system.

“There’s always a concern that Southeast as a region is not able to grow economically, and especially at the rate that the Mat-Su area is,” Robert Venables of Southeast Conference, a nonpartisan civic and business organization told CoastAlaska. “So even if we didn’t lose population, which we are, we can’t keep up with the pace that they are increasing.”

There would be some major reshuffling in 2022. The new legislative maps would create a largely rural coastal House district from Yakutat south along the outer coast, to Sitka, Prince of Wales Island and all the way to Hyder on the Canadian border.

Ketchikan’s House district would be split, with areas south of the city limits joined up with this 600-odd mile long coastal district largely represented now by Sitka Democrat Jonathan Kreiss-Tomkins.

From the level of detail provided, it’s not clear which district Ketchikan independent Rep. Dan Ortiz’s residence would land in, or whether he’d be competing with the Sitka Democrat in the 2022 legislative election.

“We’ve seen the lines drawn where the incumbent is now in a different district and has to run against that incumbent or actually move addresses,” Venables said.

The areas lost by Ketchikan’s current district include parts of Prince of Wales and Metlakatla, which would be linked with the outer coast.

Juneau keeps its two Democratic-held House seats with a reshuffling that would remove Haines and Skagway from Juneau’s Democratic-leaning downtown areas. Instead, the upper Lynn Canal would be joined with Juneau’s Republican-leaning Mendenhall Valley.

Southeast’s two incumbent senators, Bert Stedman and Jesse Kiehl, would be largely unaffected, and their residences would still remain within the new boundaries.

Now that the maps have been released, the Alaska Redistricting Board will take public input before beginning a series of statewide meetings.

The redistricting board, which is appointed by all three branches of government, is working against a Nov. 10 deadline to finalize the maps. That may not be the end of the line. Redistricting carries implications for political clout, and the final boundaries often end up decided in court.