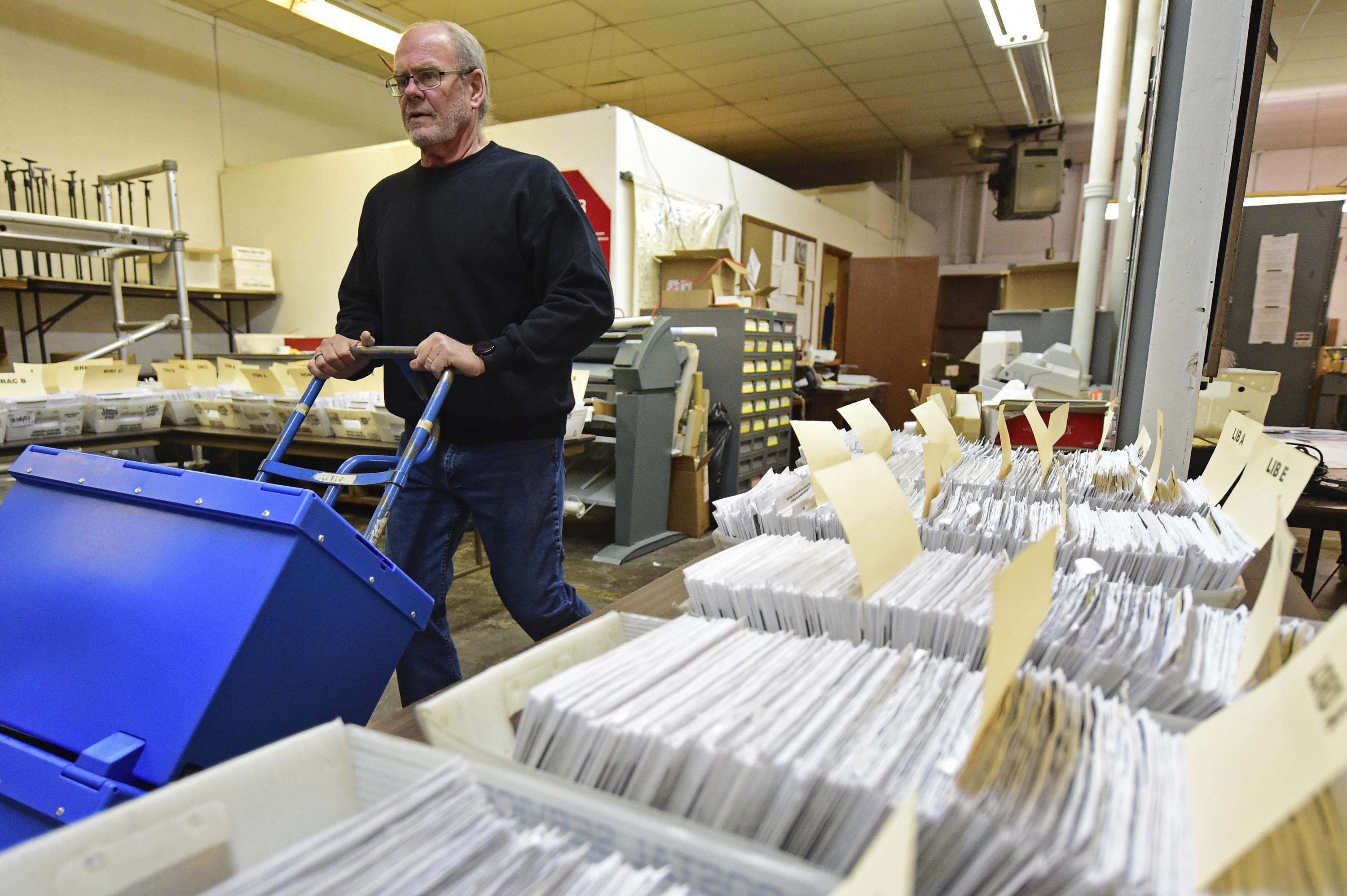 COLUMBUS, Ohio (AP) — A significant rewrite of Ohio’s election laws that includes both new restrictions on voting and some added conveniences long supported by voting rights advocates will not be ready for 2022 elections, its sponsor says.

Republican state Rep. Bill Seitz, the bill’s sponsor, said concerns raised by Ohio Republican Party Chair Bob Paduchik about one of those conveniences — a way to request absentee ballots online — as among hold-ups to the bill.

“The Ohio Republican Party, through Mr. Paduchik, has expressed some concerns about the online absent-ballot application process proposed in my election bill,” Seitz said, “and, specifically, around the level of security that will accompany those online applications.”

Paduchik took the helm of the party in February after serving as senior adviser to President Donald Trump’s 2020 re-election campaign. He declined to comment on the voting bill through a spokesperson.

Seitz said Secretary of State Frank LaRose “has attempted to answer his concerns, but I’m not sure that those have been alleviated.” As a result, the urgency attached to passing the bill in 2021 no longer exists, the representative said, so it isn’t on tap to be considered again now until after the May primary.

LaRose, a Republican who has at times parted with the GOP, has embraced key elements of Seitz’s bill that mirror proposals he has been pushing himself, in some cases for years.

Those include the online absentee ballot request system, which LaRose first introduced as a state senator in 2013. Then-Secretary of State Jon Husted, a fellow Republican who is now lieutenant governor, also backed the proposal at the time. Both face statewide elections this year.

It’s a system already in place in 18 states, according to data compiled by the nonpartisan National Conference of State Legislatures.

Spokesperson Rob Nichols said LaRose “looks forward to continuing a dialogue with the Legislature” about priorities of his contained in Seitz’s bill. He appeared to concur with Seitz that time is out for 2022.

“As that dialogue continues, an important point to consider is the implementation date of those changes to ensure Ohio voters have full confidence in the improvements,” said Nichols.

Since 2012, Ohio has mailed absentee ballot request forms to registered voters in every even-year general election, at a cost of around $1.25 million. The state already allows overseas and military voters to request them online. The forms are verified by bipartisan teams of county election officials before a ballot is mailed to the voter.

In odd-numbered years, primaries or if a voter is newly registered, those wanting to vote by mail must pick up a ballot application, call and ask for one to be mailed or print one off the internet and mail or hand-deliver it back to their local board.

In a 2019 investigation, The Associated Press found that more than 6,500 absentee ballot applications were rejected for the 2018 general election because of missing or mismatched signatures, delaying or stymying individuals’ efforts to vote.

That signature requirement is a largely overlooked and spottily tracked step in Ohio’s voting process, which has shifted increasingly to mail-in ballots since early, no-fault absentee voting was instituted in 2005.

Seitz’s bill emerged last year as a number of Republican-led states proposed significant rewrites of state election laws following the 2020 election made divisive by Trump’s unsupported claims of fraud. President Joe Biden, who won that election, traveled this week to Georgia, where the first of those laws was passed, to call for action on a new national voting rights law.

Ohio wasn’t one of the states targeted by Trump. He defeated Biden handily in the state, in an election that audits showed was counted to near perfection, even by Ohio’s nationally recognized high standards.

Seitz has said the sweeping overhaul he has proposed isn’t intended to suppress voters, but is a thoughtful effort to incorporate changes long sought by Democrats, Republicans, the state’s bipartisan election officials’ association and voter advocates.