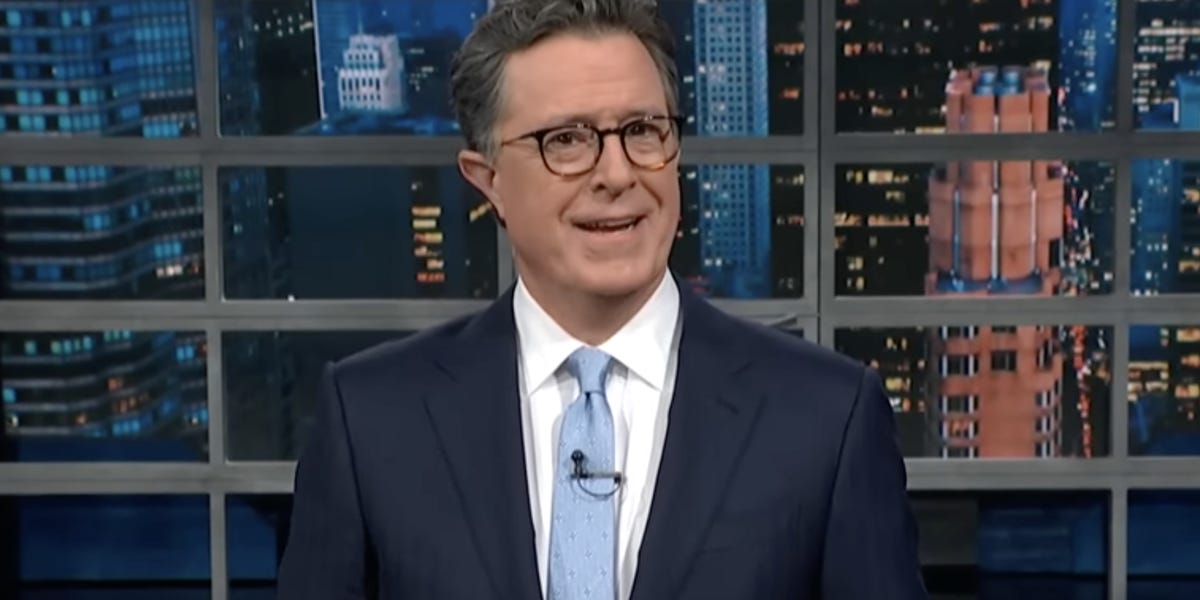 Stephen Colbert said it “isn’t that surprising” that several members of his CBS Late Show staff were arrested last week when filming a segment in the Capitol building. After all, he said, it was the site of an armed insurrection last year.

During Monday’s episode of the Late Show, Colbert addressed the Thursday arrest of the seven staffers. They had been filming a segment at the Capitol in Washington DC with Triumph the Insult Comic Dog, a puppet character. Triumph’s performer, comedian Robert Smigel, was among those detained.

“The Capitol Police are much more cautious than they were, say, 18 months ago — and for a very good reason,” Colbert said, referring to last year’s Jan. 6 attack on the Capitol by a mob of supporters of former President Trump. “If you don’t know what that reason is, I know what news network you watch,” he said in a likely a reference to Fox News, which has refused to run the recent Congressional hearings on the matter.

The Capitol Police said in a statement last week that the Late Show film crew was charged with unlawful entry.

“The building was closed to visitors, and these individuals were determined to be a part of a group that had been directed by the USCP to leave the building earlier in the day,” the Capitol Police said in its statement.

Meanwhile, CBS said in a statement last week that the crew’s interviews were “authorized and pre-arranged through Congressional aides of the members interviewed.”

Colbert said that the staffers were “detained, processed, and released.” He criticized news coverage of the incident. Without directly naming Fox News host Tucker Carlson, Colbert criticized comparisons of the incident to the Jan. 6 insurrection, highlighting a New York Times story that quoted Carlson.

Carlson, who has repeatedly downplayed the attack and misled his viewers, said during his show last week that the Late Show incident was “exactly like what happened” on Jan. 6.

Colbert wasn’t having that comparison: “I am shocked I have to explain the difference, but an insurrection involves disrupting the lawful actions of Congress and howling for the blood of elected leaders, all to prevent the peaceful transfer of power,” Colbert said. “This was first-degree puppetry.”