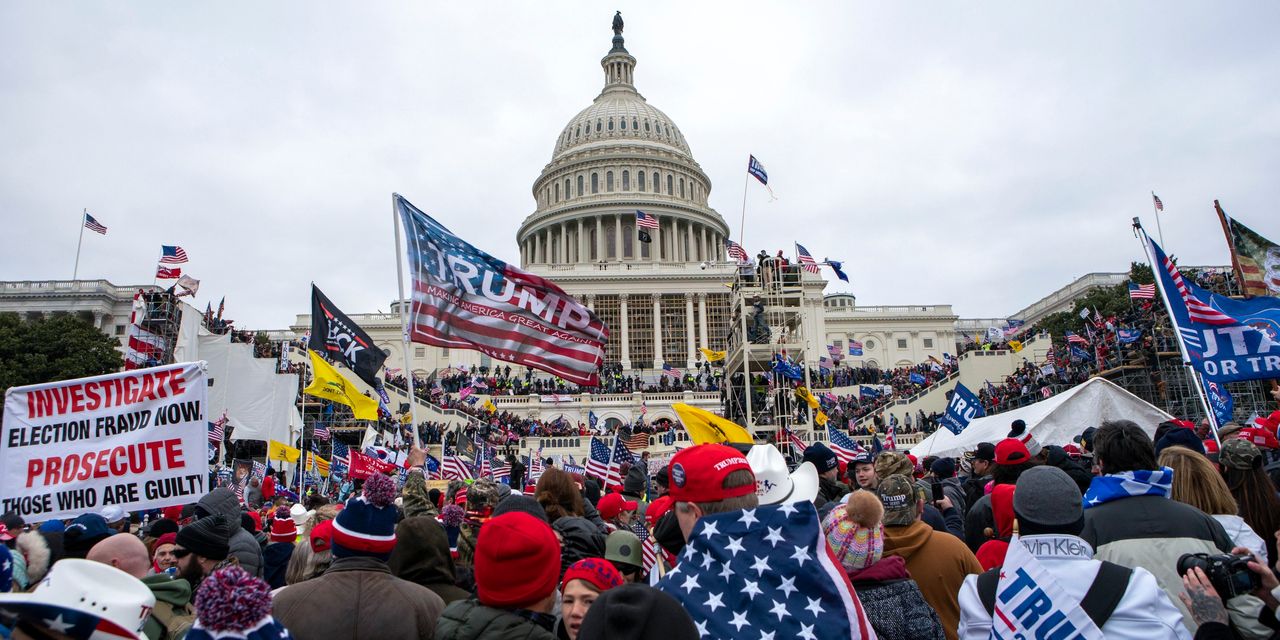 The events of Jan. 6, 2021, are misunderstood, and the failure to correct the record could be damaging to both America’s future and its justice system. Words have to have meaning, and the continuous mislabeling of the U.S. Capitol breach as an “insurrection” is an example of how a false narrative can gain currency and cause dangerous injustice.

Many crimes undoubtedly took place at the Capitol that day. Demonstrators rioted, destroyed government property and in some instances engaged in acts of violence. Many are charged with violating 18 U.S.C. 371, which makes it a crime “to commit any offense against the United States, or to defraud the United States,” and with underlying charges of civil disorder, disorderly conduct, entering and remaining in a restricted building or grounds, destruction of government property, and obstruction of an official proceeding.

These are important criminal charges that shouldn’t go unaddressed. But of the hundreds of “Capitol Breach Cases” listed at the Justice Department’s prosecution page, not one defendant is charged with insurrection under 18 U.S.C. 2383. That’s because insurrection is a legal term with specific elements. No prosecutor would dare mislabel negligent homicide or manslaughter a murder, because they are totally distinct crimes. The media has no legal or moral basis to do otherwise.

The events of Jan. 6 also fail to meet the dictionary definition of insurrection, which Merriam-Webster defines as “an act or instance of revolting against civil authority or an established government.” A usage note adds that the term implies “an armed uprising that quickly fails or succeeds.” A closely related term, “insurgency,” is “a condition of revolt against a government that is less than an organized revolution and that is not recognized as a belligerency.”

Other near synonyms include “rebellion,” “revolution,” “uprising,” “revolt” and “mutiny.” All require two elements, neither of which was present in the Jan. 6 breach—the organized use of violent force and the aim of replacing one government or political system with another.

A real insurrection would have required the armed forces to quell an armed resistance. Actual insurrections—apart from the Civil War—include Shay’s Rebellion in 1787, in which thousands of insurrectionists tried to seize weapons from a Massachusetts armory after months of planning to overthrow the new revolutionary government, and the Whiskey Rebellion in 1794, in which 500 armed men attacked the home of a U.S. tax inspector in Western Pennsylvania. Both events required President Washington to quell the insurrections with thousands of armed troops, who killed several resistors.

The demonstrators who unlawfully entered the Capitol during the Electoral College count were unarmed and had no intention of overthrowing the U.S. constitutional system or engaging in a conspiracy “against the United States, or to defraud the United States.” On the contrary, many of them believed—however erroneously—that the U.S. constitutional system was in jeopardy from voter fraud, and they desperately lashed out in a dangerous, reckless hysteria to protect that system.

The media’s mischaracterization of these events created a moral panic that unfairly stigmatized Trump supporters across the nation as white supremacists conspiring to overthrow the U.S. government, resulting in the unnecessary mobilization of armed U.S. troops in Washington.

Those who violated the law inside the U.S. Capitol should be prosecuted and, if convicted, sentenced accordingly. But dramatizing a riot as an organized, racist, armed insurrection is false reporting and dangerous political gaslighting.

The misuse of words, especially involving criminal accusations, can easily result in overreaching enforcement of the law and a chilling effect on free speech, all of which have already happened—and in this case, endanger the very system the rioters’ accusers purport to protect.

Mr. Shapiro served as an assistant attorney general for the District of Columbia, 2007-09 and a senior adviser to the U.S. Agency for Global Media, 2017-21.