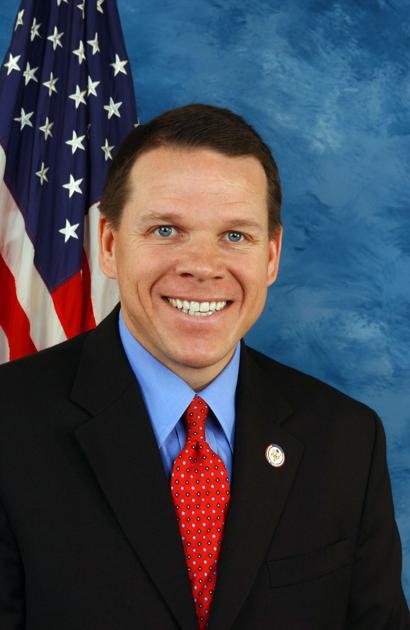 The President and his Administration have repeatedly told us that the border is closed, and the immigration crisis is under control, but in the last month alone, 43,941 illegal immigrants were released into the United States.

That means more illegal immigrants were caught and released into the United States than the entire population of Worth, Mercer, Knox, Schuyler, Holt, Putnam, Scotland, Atchison, and Sullivan counties COMBINED. Apprehensions at the border hit a 21-year high in August and more than 1.2 million illegal immigrants have been apprehended at the border since the end of January.

We’ve listened to these empty promises of border security for far too long. This Administration has kicked this can down the road one too many times, which is why I joined many of my colleagues this week in pushing the House to take up the Border Security for America Act of 2021 that I helped introduce last month.

I often hear complaints like “why are you so concerned about the border? Missouri isn’t a border state.” I don’t think that criticism could be further from the truth because quite frankly, these days, every state is a border state. Indeed, Missouri isn’t next to Mexico on the map, but when the situation at the border gets out of hand, we all pay the price, no matter how many miles away we are.

We’ve seen cartels take advantage as our Border Patrol agents are overwhelmed, using the illegal immigration crises as cover to move massive amounts of illegal drugs into our country. These days, that’s exactly how fentanyl, methamphetamine, and heroin flow into our communities, both in Kansas City and small towns across North Missouri.

The bottom line is that we must end this crisis. It’s literally poisoning our communities and our children. We must secure our border and the only way to get that done is to give our Border Patrol agents the tools they need to stop illegal immigration, human trafficking, and drug smuggling—including a completed border wall.

While liberals in the House refused to bring up my commonsense bill, the Border Security for America Act of 2021, I’m going to keep fighting to end this crisis and hold this Administration accountable for their failure to live up to their promises to the American people.