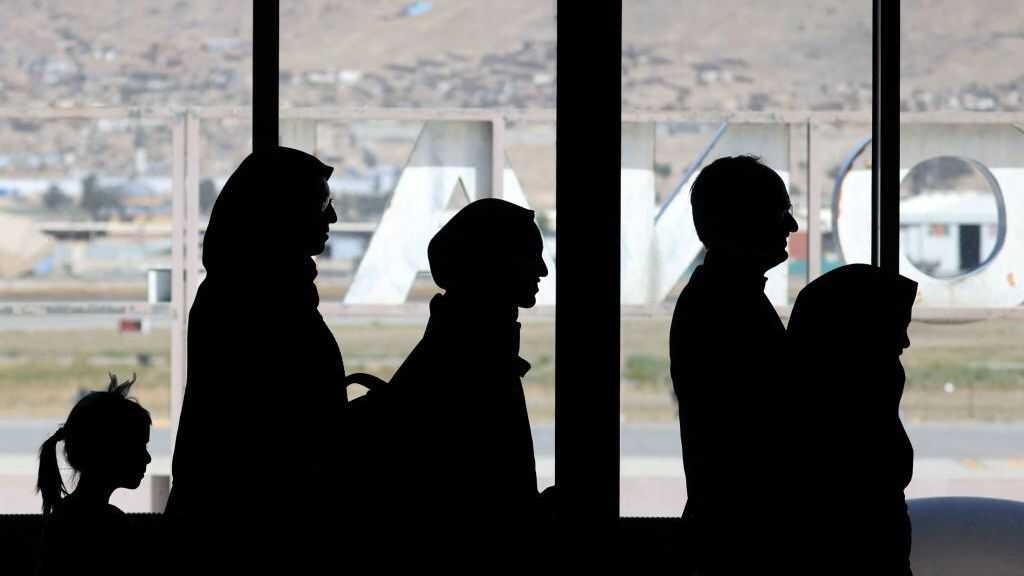 People leave to board a flight at the airport in Kabul on Monday. Leaving Afghanistan for the U.S. has become a huge challenge now that American troops and embassy staff have left the country. Karim Sahim/AFP via Getty Images hide caption 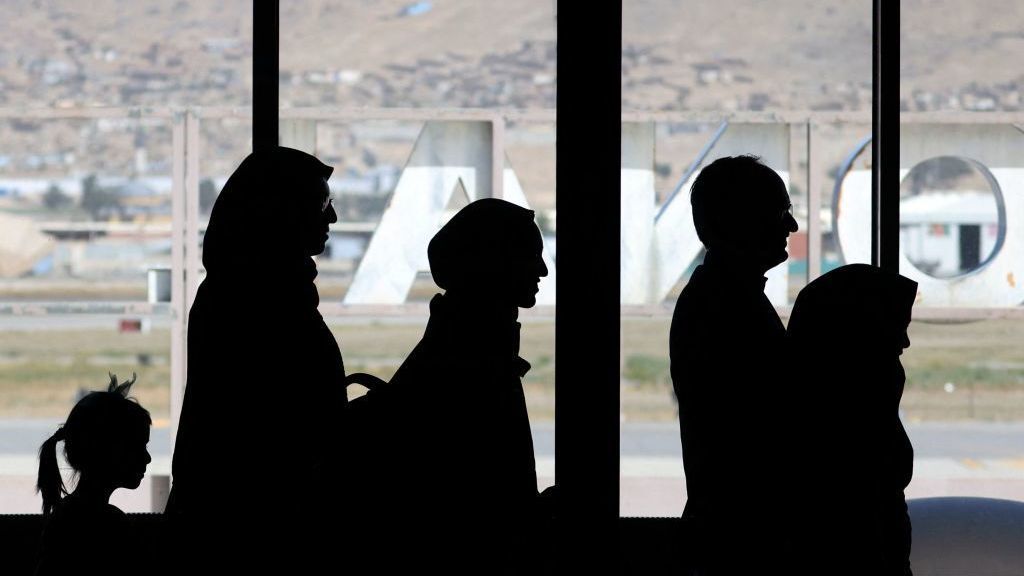 People leave to board a flight at the airport in Kabul on Monday. Leaving Afghanistan for the U.S. has become a huge challenge now that American troops and embassy staff have left the country.

Many Afghans who worked with the U.S. during the 20-year war remain in the country, now with few options for escape after the U.S. exit.

Estimating their numbers is difficult, ranging from tens to hundreds of thousands who worked with either the U.S. military or with U.S.-funded organizations.

The special immigrant visa and the P-2 program are the two primary legal paths for these Afghans hoping to immigrate to the U.S.

The Catch-22 of getting the right paperwork

Part of the lengthy process involves going to a U.S. Embassy for an in-person interview.

One man, Khan, told NPR in August that he was able to do that interview before the Taliban took over last month. But he’s since had to return home to wait on an email and has heard nothing. He was an interpreter for the U.S. military from late 2004 to mid 2008. He embedded with U.S. troops at several forward operating bases and says he routinely went on combat missions in Taliban-controlled areas.

“There’s no one else I can call, I can email, I can contact — no one else, no one. I just have to keep praying, see what happens,” he tells Rachel Martin on Morning Edition.

Others who didn’t reach the in-person interview part of the process are now stuck. The U.S. Embassy in Afghanistan is gone. They can do the interview at a U.S. Embassy in another country, but first they have to have documents allowing them to leave Afghanistan. It might be possible for some to get to Pakistan without a U.S. visa.

Here’s how the process works

Mariam Masumi is an immigration lawyer in Virginia who’s been working with clients in Afghanistan. She spoke with Morning Edition about the very complex and lengthy process for Afghans trying to get to the U.S. who have been caught up in a bureaucratic backlog for years.

Can you talk a little bit about the process itself?

The process itself has many steps. The first thing that a person has to do is gather what we call an “H.R. letter” or a human resources letter, and that has to be from the department that you were employed by, and that letter has to contain very specific information. You also, in addition to that, have to get what’s called a recommendation letter, and that letter has to be submitted from a direct senior supervisor who knew you personally. So if that person has left Afghanistan or is no longer employed by your employer, you might be able to get it from somebody who’s currently in that position. But given the fact that so many people have worked with various U.S. agencies over the years, it’s a very big challenge for applicants to get this documentation.

There are also some other pieces of documentation that you have to submit, such as evidence of your nationality and your biographic information. But once you have all of that, you have to send an email to get what we call chief of mission approval called COM approval for short. … And that’s definitely not uncommon [for that to take two years], unfortunately. And once an individual gets that, they have to submit another application to the U.S. Citizenship and Immigration Service, known as an A360 that also takes a significant amount of time to get approved. And after that, an individual’s case is sent to what we call the National Visa Center, where an individual uploads more documentation, such as an immigrant visa application, as well as their passport, their birth certificate documents for their family members that wish to immigrate with them.

And after all of that has been submitted, they [would] have to be scheduled for an interview at the embassy in Kabul [which is no longer a possibility and now needs to be done at a U.S. Embassy in another country] …

Even after that interview, there is a significant amount of wait time because there is background checks that are done and these background checks are very detailed and they’re really done in order to determine that the applicant has no ties to militant or terrorist groups, and it can take months or even years to complete that process.

Is there any allowance made for Afghans who are in real and imminent danger?

At this point, unfortunately, there isn’t. The State Department has announced that now that the U.S. troops have withdrawn, they’re going to come up with a process and a procedure to assist those individuals. But there have been no details released about that.

What about going over land into Pakistan?

At this point, it’s very risky. The current reports state that the Taliban are only allowing individuals with valid travel documents or visas to leave the country. So if an individual like Khan wanted to try to go through land into another country, I imagine it’d be very dangerous for them if they’re not able to present the documentation that might be expected of them.

What do you need from the U.S. government that would help you do your job better or help more of your clients?

They’re the U.S. government, they might be able to waive that or come up with an alternate procedure to allow individuals from inside of Afghanistan to get the documents that they need to present at an airport that’s run by the Taliban to leave the country.

I know that it’s a very complicated situation. I certainly don’t have the answers, but I do know that something needs to be done quickly in order to make the process more streamlined and more efficient.

This story originally appeared in the Morning Edition live blog.