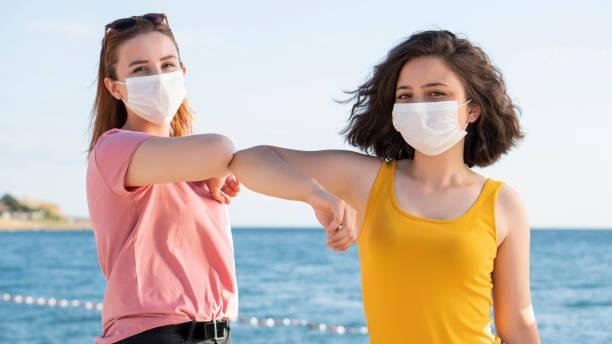 A new CDC report demonstrates how using multiple Covid-19 prevention strategies at nine US overnight summer camps was highly effective in preventing transmission of Covid-19, even in the wake of the Delta variant. Amongst  7,173 campers and staff members at nine overnight camps between June and August 2021, there were only nine laboratory-confirmed cases and no secondary infections detected. This is in striking contrast to many other summer camps, that used few mitigations and experienced rapid outbreaks.

This group of summer camps serves as a microcosm for how we can approach effective Covid control nationwide. The CDC report did not attribute the success of this strategy to a single modality, instead, it was the multiple layers of protection that ensured zero secondary transmission of the virus. The success of this multimodal Covid-19 control can serve as a guide for other congregate settings.

The layers of protection used by the summer camps included; vaccination (93% of eligible children were vaccinated), pre-arrival and frequent screening testing (both rapid and PCR), creating social “pods” or cohorts within the camp, masking, physical distancing, and hand hygiene through the use of sanitizing stations.

Pods began as groups of campers and staff members who shared a cabin. Pod residents were allowed to interact with each other without masking or physically distancing. Pods were then gradually merged in stages, growing from one cabin to multiple cabins, to age groups. Through this method, three out of nine camps eventually reached camp-wide pod expansion.

In addition to these on-site interventions, each camp also requested that staff members and campers adhere to masking and physical distancing when interacting with persons outside their immediate family for 10–14 days before arrival and while traveling to camp. Campers across all nine camps were required to submit at least one negative SARS-CoV-2 RT-PCR test result from a test performed within 72 hours before the start of camp, regardless of vaccination status.

The screening testing was successful in identifying six confirmed Covid-19 cases (one in a staff member and five in campers) by RT-PCR testing. Three additional cases (in two staff members and one camper) were identified based on symptoms and were confirmed by RT-PCR testing. A successful isolation and quarantine program for those cases meant that there were no secondary cases of Covid-19.

The study’s authors provide great detail about the impact of testing and pod interventions on virus transmission rates, but further research is needed on how masking, hand hygiene, wastewater surveillance, and physical distancing impacted virus transmission.

Camp locations were spread across the nation in New England, Middle Atlantic, the South, Midwest, and West. This means that the data obtained was not influenced by local case prevalence.

Summer camps (outside of the study’s group of nine) that focused only on measures such as prearrival testing without subsequent testing or other preventative measures experienced rapid outbreaks. A boys’ overnight summer school retreat in Wisconsin required all attendees to provide documentation of either a positive serologic test result within the past 3 months or a negative RT-PCR test result less than 7 days before traveling to the retreat, or self-quarantine within their households for 7 days before travel, and to wear masks during travel. This kind of policy ignores the reality of reinfection and the strong possibility of becoming asymptomatically infected in transit to the retreat or within the 7-day testing window. Unsurprisingly, this retreat experienced an outbreak that was traced back to a single student who had received a negative test result less than one week before the retreat and led to 116 (76%) diagnosed Covid-19 cases among the campers. The lack of other mitigation measures meant that the virus spread quickly throughout the camp.

The RT-PCR screening tests used at the nine camps had a quick turnaround time of 12-24 hours for results. But with the reopening of schools and workplaces increasing demand for PCR testing and putting a strain on labs, the turnaround time is significantly slower, rendering the tests far less effective. In Pittsburgh, the turnaround time is presently between 4-6 days as opposed to the usual 1-2 days. This is where rapid testing can be incredibly effective in preventing the rapid transmission of the virus in congregate settings.

Rapid tests are better suited than PCR tests for identifying and containing the pre-symptomatic spread of the virus. A UK study, published in the Lancet, found that schools using a test-to-stay protocol had similar rates of symptomatic Covid-19 infection to those using quarantines. However widespread accessibility to rapid tests in the US is presently hampered by a cumbersome F.D.A. process intended for high-tech medical devices. To be approved, the rapid tests must demonstrate that they are nearly as sensitive as the gold standard PCR. tests. But rapid tests do not need to be as sensitive, PCR tests often identify small amounts of the Covid virus in people who had been infected weeks earlier and are no longer contagious. Rapid tests can miss these cases while still identifying approximately 98 percent of cases in which a person is infectious.

Rapid tests are the “public health gold standard” and should therefore be regulated as a Public Health Good. President Biden could accomplish this with a simple Executive Order, increasing competition among manufacturers and flooding the market with inexpensive, high-quality rapid tests. In an ideal scenario, tests should be provided free to all households to encourage their frequent use, like they are in many countries. But Federal bulk orders of rapid tests would also bring the price down closer to a dollar, making them accessible for all who need them.

By taking advantage of rapid testing and implementing the multiple successful preventative strategies used by these summer camps we can prevent high levels of transmission in schools, colleges, workplaces, and other congregate settings. This data is particularly useful for schools given the youth demographic involved. Our focus needs to shift to multiple layers of prevention and protection working in tandem with medical interventions.

Full coverage and live updates on the Coronavirus