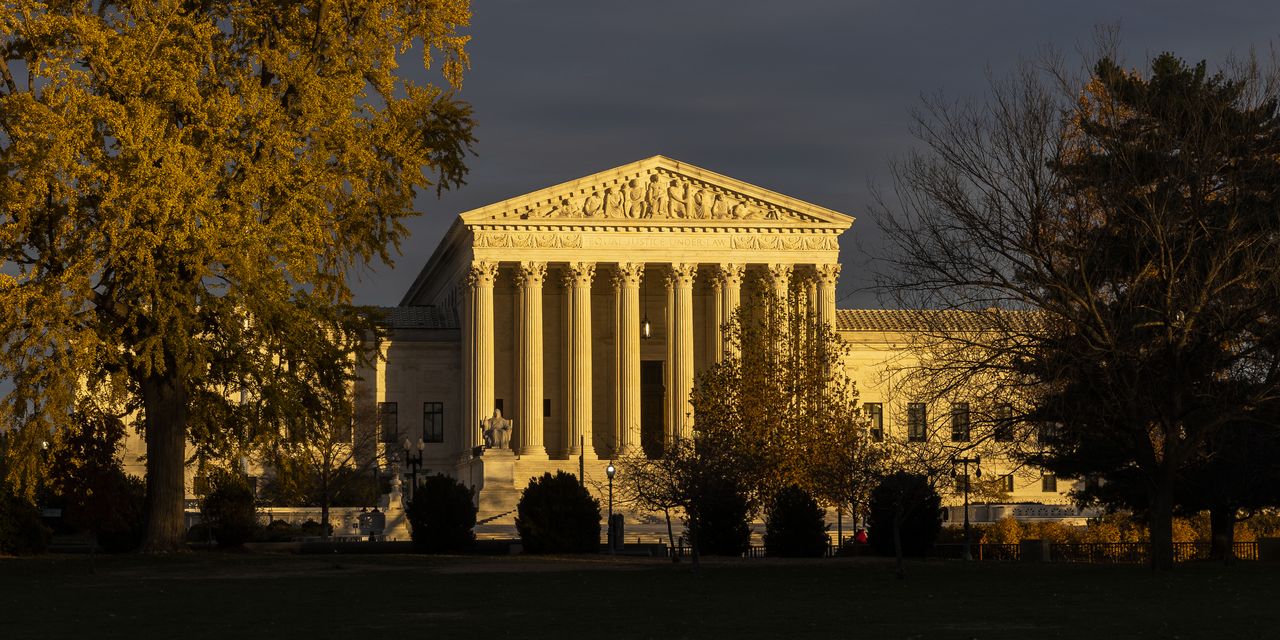 WASHINGTON—The Supreme Court on Wednesday said it would hold a special sitting to hear oral arguments early next month on whether the Biden administration can enforce Covid-19 vaccine-or-testing rules for large private employers, as well as vaccine requirements for many healthcare workers.

The cases, set for fast-track arguments on Jan. 7, could go a long way to determining how much latitude the administration has to combat the coronavirus pandemic in the workplace.

The high court issued a pair of short written orders to schedule the arguments, in response to a growing pile of emergency appeals asking the justices to intervene.

The cases haven’t yet been fully litigated in the lower courts; the Supreme Court will be deciding whether the Biden administration rules can be implemented for now. But practically speaking, the court’s decision is likely to determine whether the requirements survive.

“Especially as the U.S. faces the highly transmissible Omicron variant, it is critical to protect workers with vaccination requirements and testing protocols that are urgently needed,” said White House press secretary Jen Psaki. “We are confident in the legal authority for both policies and DOJ will vigorously defend both at the Supreme Court.”

The rules for private employers, issued by the Occupational Safety and Health Administration, require businesses with 100 or more employees to ensure that their workers are vaccinated or tested weekly for Covid-19. The requirements, which cover roughly 84 million workers, were scheduled to take effect in early January, but OSHA, citing weeks of legal uncertainty, recently said it would give employers until Feb. 9 before fully enforcing the rules.

Employers have watched closely as the vaccine-or-testing mandate has been subject to a seesaw court battle. In November, a federal appeals court in New Orleans put the rules on hold, saying they raised “grave statutory and constitutional issues.”

But on Friday, a different federal appeals court, in Cincinnati, reinstated the rules after it took jurisdiction of cases that had been filed around the U.S. That court, in a 2-1 opinion, said OSHA has wide discretion to adopt what it deemed the best solution to ensure the health and safety of all workers. A dissenting judge said OSHA hadn’t offered sufficient justification for adopting such a broad vaccine-or-testing mandate, and she questioned whether Congress had given the agency the power to do so.

After that ruling, groups of employers and Republican officials began immediately filing emergency appeals with the high court.

In separate litigation involving the Biden mandate for healthcare workers, it was the administration that sought Supreme Court intervention after lower courts put the requirement on hold in about half of the nation.

That mandate, issued by the Centers for Medicare and Medicaid Services, set vaccine requirements for workers at facilities participating in those federal healthcare programs. The federal mandate contains exemptions for religious and medical reasons.

Lower courts that blocked the rules in some states said the agency hadn’t properly justified the mandate and found it wasn’t clear that Congress had given the agency the authority to issue one.

In recent weeks, the Supreme Court has turned down several emergency pleas from healthcare workers seeking religious exemptions from state requirements that they vaccinate against Covid-19. In cases from Maine and New York, which provide medical but not religious exemptions, conservative Justices Clarence Thomas, Samuel Alito and Neil Gorsuch dissented.

On Tuesday, however, Justice Gorsuch, who oversees the judicial circuit including New Mexico, denied a similar application from healthcare workers in that state who argued that Democratic Gov. Michelle Lujan Grisham’s vaccine requirement violated their “fundamental liberty interests” in pursuing their professions and bodily integrity. Justice Gorsuch’s choice not to refer the question to the full court suggests he didn’t consider it a close issue.

In a 1905 case which became a foundation of public-health law, Jacobson v. Massachusetts, the court upheld the state’s compulsory vaccination law for smallpox.

“Real liberty for all could not exist” if each individual could frustrate public health and safety mandates “regardless of the injury that may be done to others,” Justice John Marshall Harlan wrote for the court, adding, “a community has the right to protect itself against an epidemic of disease which threatens the safety of its members.”

Under the constitutional system, states retain a general “police power” to maintain public health, safety and order unless specifically restrained. The legal issues surrounding the exercise of federal authority can involve different questions.

Write to Brent Kendall at brent.kendall@wsj.com and Jess Bravin at jess.bravin+1@wsj.com