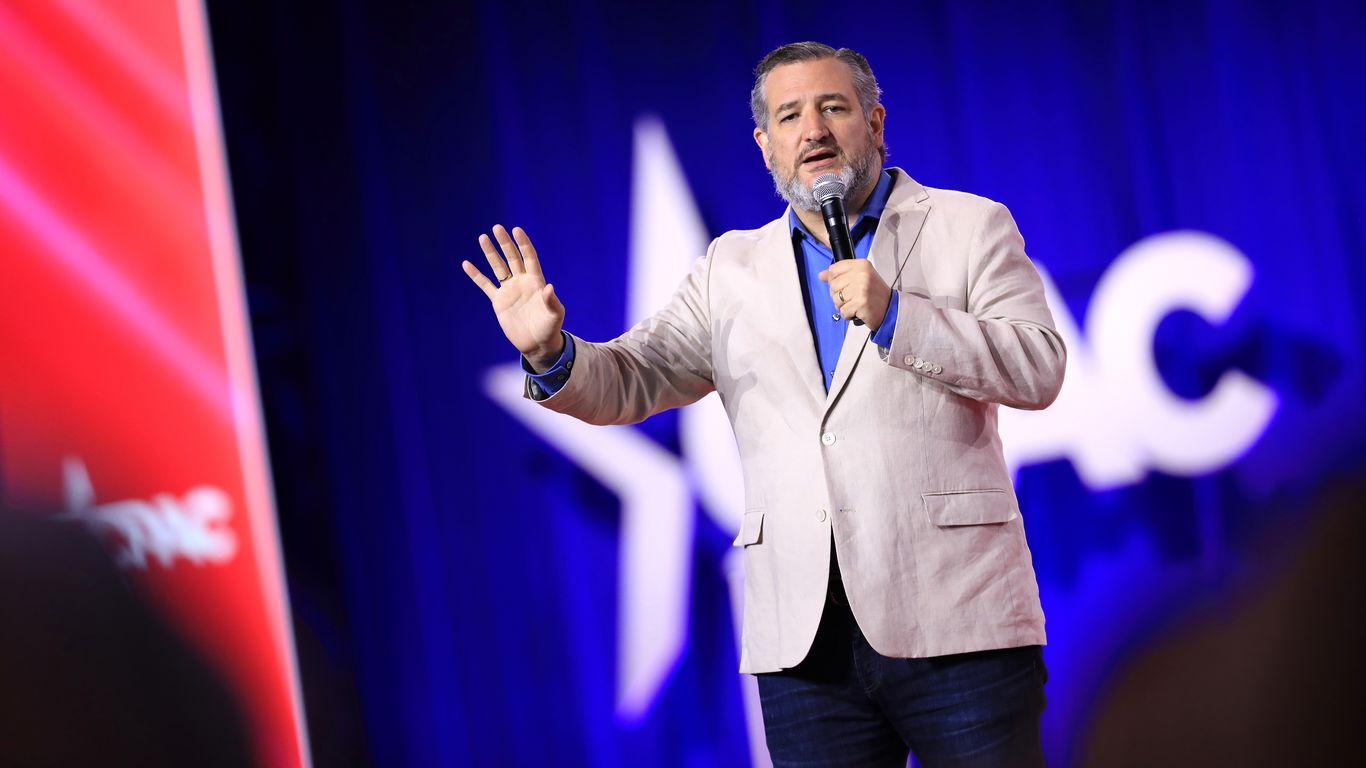 Texas Sen. Ted Cruz said he will “wait and see” if former President Trump decides to run before making his own decision about running for president in 2024.

The big picture: GOP presidential hopefuls aren’t opening up about their 2024 plans so far given that Trump has yet to announce his plans.

What’s happening: Cruz told Fox News at the Conservative Political Action Conference event in Dallas, Texas, Friday that Trump will “decide on his own time frame” whether he will announce a 2024 bid.

State of play: Recent polling shows Republican voters are willing to look at conservative candidates other than Trump in 2024, Axios reports.

What they’re saying: Republican lawmakers have been openly looking at new 2024 candidates amid concerns about Trump amid revelations from the Jan. 6 hearings, CNN reports.

Go deeper … Poll: Most voters don’t want Biden or Trump on the 2024 ballot

Half of Republicans wouldn’t vote for Trump in primary, poll finds