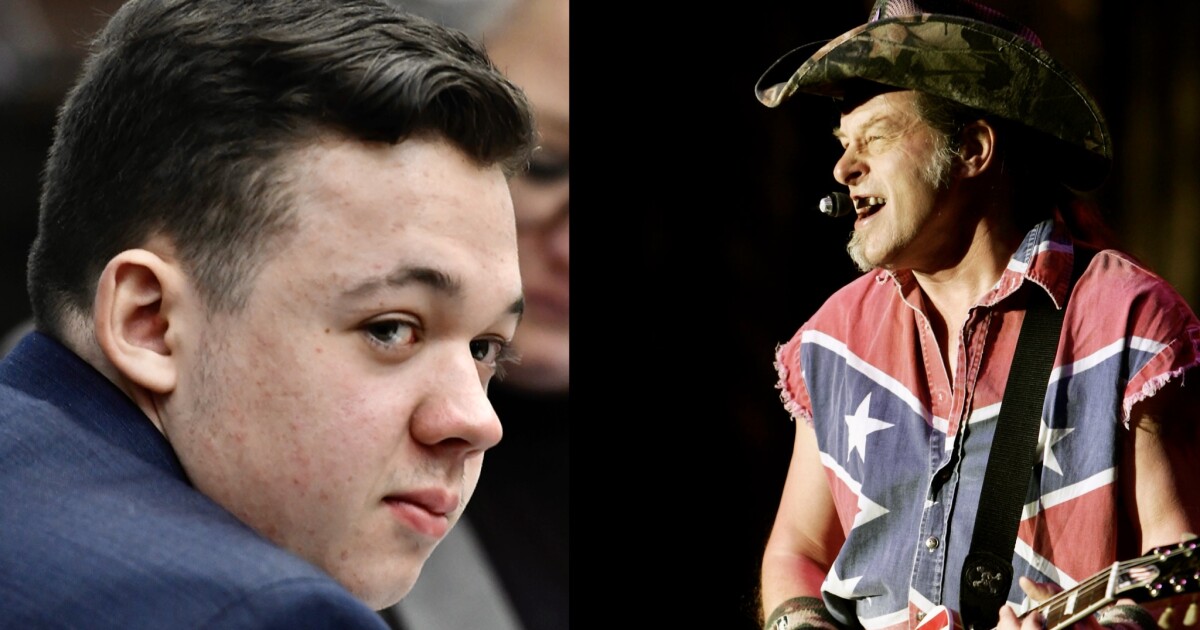 Ted Nugent wants to give Kyle Rittenhouse an unlimited supply of ammunition for the rest of his life.

Last year, during the violence that followed the police death of Jacob Blake in Kenosha, Wisconsin, Rittenhouse killed two people and wounded another. Last week, Rittenhouse was found not guilty on all charges.

READ: Rittenhouse tells Tucker Carlson that he is ‘not a racist person’ and backs BLM

Nugent, 72, is a veteran rocker and proud conservative who recently released a pro-gun song titled “come and take it.”

READ: Ted Nugent tests positive for COVID-19 after claiming outbreak is ‘not a real pandemic’

During a podcast, Nugent said, “I’m going to get a hold of Kyle Rittenhouse and I’m going to provide him a lifetime supply of ammunition and I’d like to begin the Kyle Rittenhouse Tactical Masterclass because as a young man, boy did he do good. He knew that weapon. He was a samurai as a teenager that under those unbelievable, traumatic and physically assaultive conditions — he did his job.”

Rittenhouse has so far not responded to Nugent’s offer.