The Texas Department of Criminal Justice (TDCJ) wrote Friday that a $22,500 reward is being offered for information leading to the capture of escaped inmate Gonzalo Lopez.

A manhunt is currently underway for Lopez, 46, who was convicted of murder and escaped from a prison bus after stabbing a correctional officer during a Thursday transport.

In a Saturday Facebook post, the Leon County Sheriff’s Office said that while they have no reason to believe he had left the area,” there is no evidence to support that, at this time.”

“Inmate Gonzalo Lopez is still not captured. We have no reason to believe he has left the area, there Hwy 7 between Robbins [and] Centerville is still shut down, please avoid the area as much as you can. We have multiple [agencies] working together to get Lopez back in custody,” the office wrote.

People who live in the search area are instructed to keep all doors locked on houses, buildings and vehicles.

Lopez – who was one of 16 prisoners on the bus – was reportedly able to remove his constraints before using an unknown object to stab the bus driver in the hand, according to Fox 26.

MISSING TEXAS WOMAN FOUND DEAD IN TRUNK OF HER OWN CAR

The station said the officer struggled with Lopez to keep him from getting his gun and that another officer fired shots at him – but it remains unknown is Lopez was hit. The bus crashed into a ditch and the other inmates were not injured. 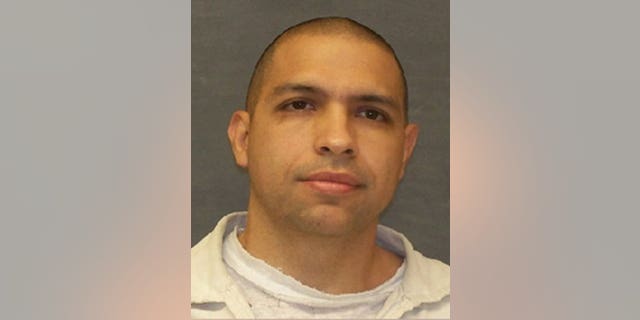 Gonzalo Lopez escaped from the prison bus after stabbing a correction officer during transportation. (Texas Department of Criminal Justice)

Lopez was wearing a white jail-issued uniform when he escaped, according to the sheriff’s office.

Jason Clark, chief of staff for the TDCJ, told the Associated Press that the bus driver sustained non-life-threatening injuries,

Lopez was serving a life sentence for capital murder and attempted capital murder. He was convicted in 2006 of killing a man along the Texas-Mexico border.

Prison records show Lopez was most recently being held at a lockup in Gatesville.

Authorities say to not approach Lopez.