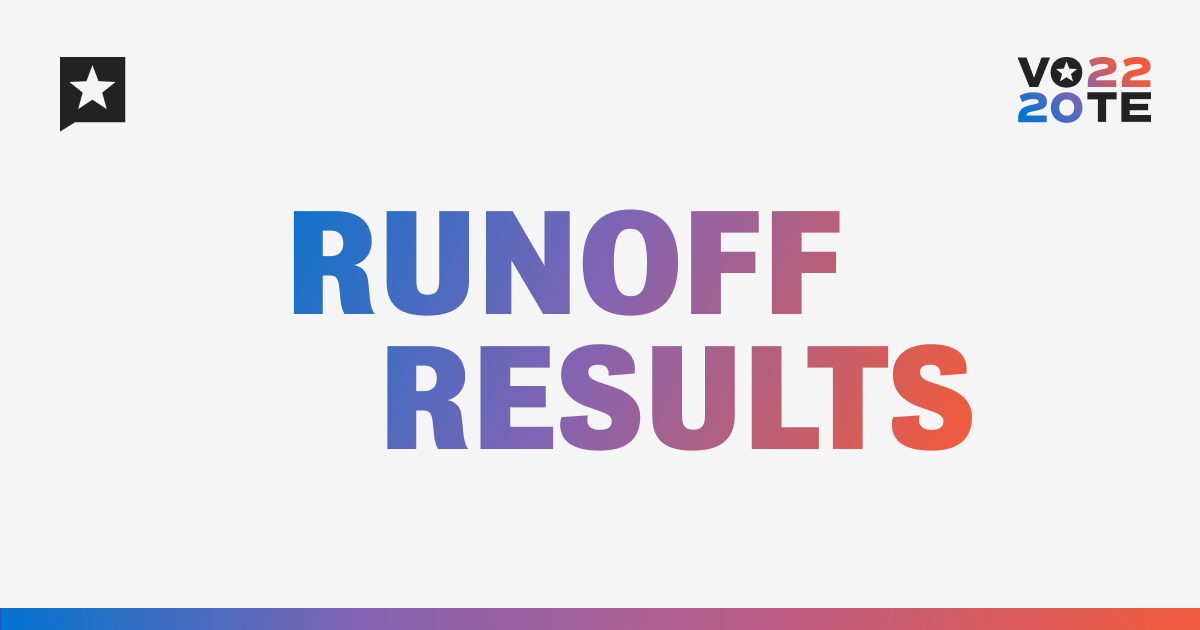 The Texas Tribune is a nonprofit, nonpartisan news organization dedicated to helping you navigate Texas policy and politics — including the 2022 elections. We’re tracking the results of the Texas 2022 primary runoffs happening May 24.

Texas voters will finalize which Democratic and Republican primary candidates will be on the ballot in the November general election. In 50 races in the March 1 primary, no candidate exceeded 50% of the vote, bringing about runoff races between the candidates who came in first and second. The winner in each race will face the other major party’s nominee, as well as possible Libertarian and Green Party candidates. Independent and write-in candidates have until the summer to file their candidacies.

Check back at 7 p.m. Central time when vote counts will start to come in.

Turnout in this year’s runoff election is expected to be low. The latest preliminary turnout data published by the Texas secretary of state showed that only 18% of registered Texas voters cast votes in the 2022 primary.

Domestic mail-in ballots turned in and postmarked by election day will be counted if they arrive no later than 5 p.m. May 25. Mail-in ballots from military and overseas voters must be postmarked by election day and arrive no later than May 31. In close races, mail-in votes help determine the winner, which can delay the calling of the race. The certification of final election results is set to be completed by the counties on June 2 and released by the secretary of state after June 8.

The Texas Tribune’s election data was provided by Decision Desk HQ, which gathered information from the secretary of state’s office and a representative sample of 50 counties. Decision Desk called winners and provided estimates as to how many votes were left to be counted.

Disclosure: The Texas secretary of state and the Texas Comptroller of Public Accounts have been financial supporters of The Texas Tribune, a nonprofit, nonpartisan news organization that is funded in part by donations from members, foundations and corporate sponsors. Financial supporters play no role in the Tribune’s journalism. Find a complete list of them here.