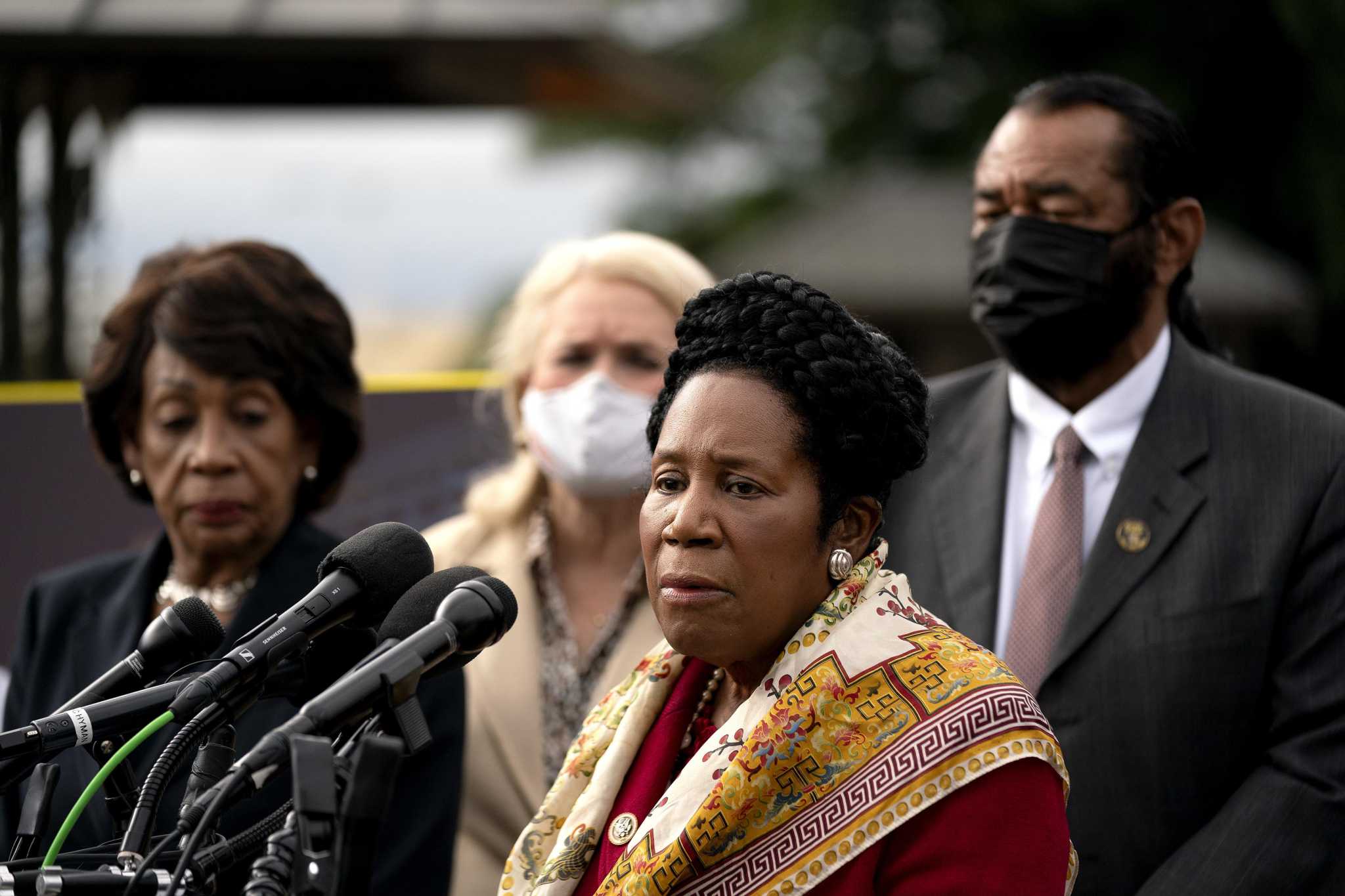 Despite the objections of Democratic U.S. Rep. Sheila Jackson Lee, the Texas House advanced a redistricting plan just like the one the Texas Senate passed last week, shattering the 18th Congressional District she represents and shuffling thousands of mostly Black residents in the Third Ward out of it.

The Houston Democrat made a personal appeal earlier in the day to the Texas House Redistricting Committee, which voted late Wednesday along partisan lines to pass the map that also takes downtown Houston, Texas Southern University and the University of Houston out of Jackson Lee’s district.

“It hurts my heart,” Jackson Lee said of losing landmarks that have been in the 18th District since the 1970s when Barbara Jordan — the first Black woman elected to Congress from Texas — represented it.

Jackson Lee, first elected in the 18th District in 1994, and other opponents of the redistricting plan are running out of chances to change the maps. The plan now goes to the full Texas House for a vote as early as this weekend, where Democrats would need Republican help to stop it from being enacted.

State Rep. Senfronia Thompson, D-Houston, tried to amend the map on Wednesday, proposing to restore Jackson Lee’s district largely back to what it looks like today.

But State Rep. Todd Hunter, a Corpus Christi Republican who is the chairman of the House Redistricting Committee, said he would not accept any amendments to the plan. If members want to try to change the maps, Hunter said, they’ll have to try to do it when they are considered by the full Texas House.

“I’m not going to do committee amendments tonight,” Hunter announced as Thompson and other representatives prepared to make their proposals.

Hunter did not explain why he made that decision. Republicans control every phase of the redistricting process because of their majorities in the House and Senate.

Now if the full House passes the plan without any amendment, it would go to Republican Gov. Greg Abbott to be signed into law. If it gets amended, it would have to go back to the Texas Senate for further debate.

The Legislature, as required by law, is redrawing all of the state’s Congressional maps to account for population growth identified by the 2020 U.S. Census. Lawmakers are in the closing days of a special session to draft districts for Congress and the Texas Legislature. If lawmakers don’t pass the maps by Tuesday, Abbott would be forced to call another special session to complete the work.

The proposed map creates new congressional districts in 2022 for Houston and Austin — Texas is gaining two members of Congress because of its explosive growth since 2010 — while increasing the number of Republicans likely to go to Congress from Texas. And it improves the re-election chances of virtually every Republican in the state’s delegation.

Harris County would be split into nine different congressional districts as it is now, but with major changes. Republicans are proposing creating a new 38th Congressional District made up of more than 700,000 residents now in other districts.

Not only is Jackson Lee potentially losing downtown and the Third Ward from her current district, but her home of nearly 50 years would be removed from her district as well, instead placed into U.S. Rep. Al Green’s neighboring 9th Congressional District.

Democrats in the Texas Legislature have objected to the fact that the only two Black Democrats from Houston are being pitted against one another. No other member of Congress is having a home residence shifted to a colleague’s district.

TEXAS TAKE: Get political headlines from across the state sent directly to your inbox

Dozens of Houston residents in Jackson Lee’s district were among nearly 100 people to testify on Wednesday over 10 hours against the plan.

“It’s not right,” said Pastor Elvis Piggott of the Triumph Church of Houston.

Tanya Wells, who lives in the 18th District, later said Republicans in the Legislature are “breaking up marginalized communities” by splitting Fifth Ward and Third Ward into separate congressional districts.

But Republicans have stood by the plan, saying Black voters in both the 9th and 18th districts will be able to elect the candidate of their choice under the plan — a key element for complying with voting rights laws as the districts are redrawn.

Rep. Green testified during the hearing that the plan performs unnecessary “surgery” on Jackson Lee’s district as well as his own.

But Houston residents aren’t the only ones upset with the map. During the hearing on Wednesday, the House Redistricting Committee heard from several people in Fort Bend County and in Montgomery county opposed to the plan.

In Fort Bend County, several people said the plan splinters the area’s growing Asian community to dilute their votes. Fort Bend County resident Ruei Tuo testified that lawmakers are splitting up one of the most diverse counties in the state unnecessarily.

“We’re being split into three different congressional districts,” she said.