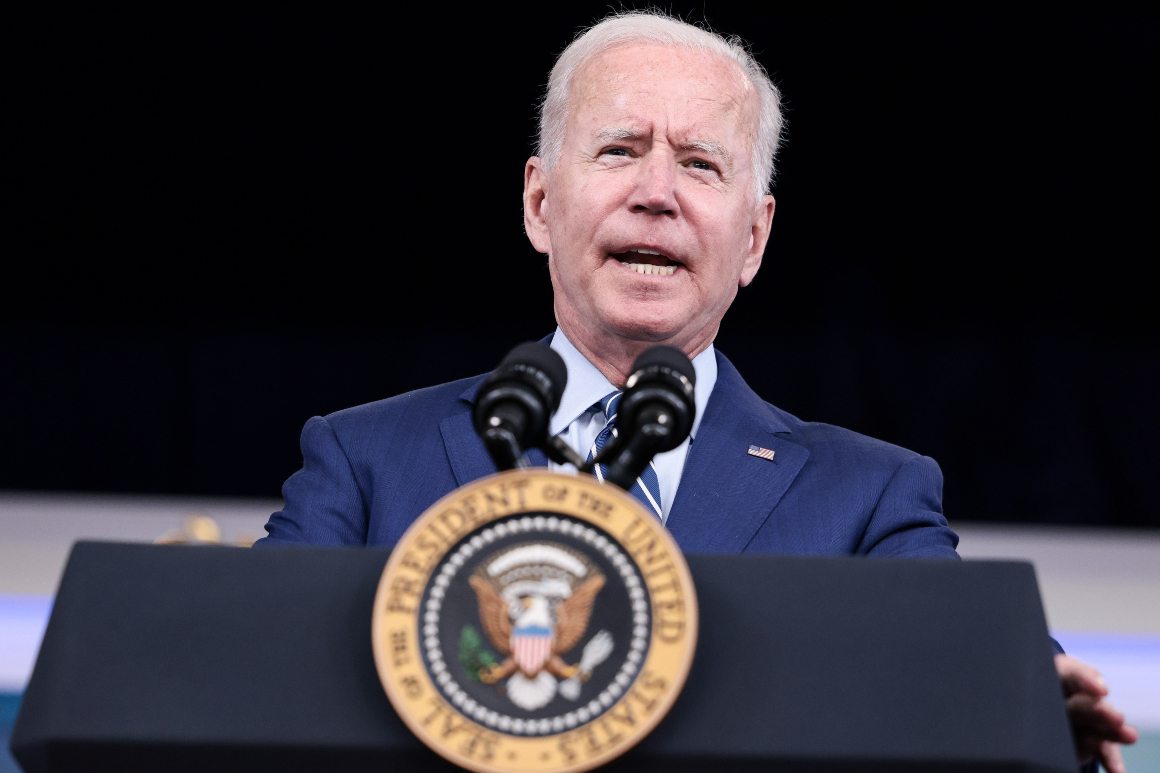 Whether the president can bring back those who’ve shifted into the “somewhat disapprove” category — or motivate those who “somewhat approve” to stick with him — could determine whether Democrats’ narrow congressional majorities can withstand Biden’s first midterm elections, which typically deliver backlash against the president’s party.

In a new POLITICO/Morning Consult poll, those who “somewhat disapprove” of the job Biden is doing prefer a GOP candidate for Congress next year — but only by a narrow margin, 37 percent to 31 percent. Another 32 percent said they were undecided on the question of their 2022 vote.

A Biden recovery could also be integral to advancing his agenda through Congress. The infrastructure and social spending bills stalled in the legislative branch at roughly the same time the president’s approval rating began sliding. Two months ago, POLITICO/Morning Consult polling pegged Biden’s approval rating at 52 percent, 5 points higher than in the current poll.

Who are the Americans with milder feelings about Biden’s presidency?

“The people who are less likely to feel strongly one way or the other tend to be younger than people who feel strongly about [Biden],” said Jocelyn Kiley, the associate director of research at the Pew Research Center. “And that’s true in both directions.”

In the Pew Research Center poll, released last week, 32 percent of respondents reported that their opinions of Biden were not strongly held. But nearly half of Americans under age 30, 45 percent, said their views of Biden’s job were not strong, as did 33 percent of African Americans and 39 percent of Hispanics. Whites (29 percent), voters 50-64 (25 percent) and 65 and older (19 percent) and Republicans (20 percent) had much stronger views on the president’s performance.

There’s also a gap between those who approve “somewhat” or “not strongly,” and those who disapprove with the same, weaker intensity. In the POLITICO/Morning Consult poll, “somewhat approve” voters outnumbered “somewhat disapprove,” 23 percent to 13 percent (though the gap was smaller in the Pew survey).

According to the POLITICO/Morning Consult poll, more than a third of self-identified Democratic voters, 36 percent, fall into the “somewhat approve” category for Biden. Combined with the 50 percent of Democrats who approve of Biden, the president still has a strong, 86 percent approval rating among members of his own party.

But the intensity gap with Republicans is striking: Though a similar overall percentage of GOP voters, 88 percent, disapprove of Biden, that number consists of 76 percent who “strongly disapprove,” and 12 percent who “somewhat disapprove.”

While the overall trend is negative for Biden and his party, there is the salve of comparison. Views of Biden are softer than those of his predecessor, former President Donald Trump. In both the 2020 National Election Pool exit poll and AP VoteCast, two surveys conducted among early and Election Day voters last fall, 77 percent of voters said they either strongly approved or disapproved of Trump as president; only 22 percent combined said they somewhat approved or disapproved.

Last November, views of Trump were harder than those of Biden. More than three in 10 voters — 31 percent in AP VoteCast — said they had just a somewhat favorable or unfavorable view of Biden. That’s essentially the same percentage as say they have weaker views of Biden today.