Welcome to POLITICO’s West Wing Playbook, your guide to the people and power centers in the Biden administration. With Allie Bice.

The horse patrol’s operations in Del Rio have been temporarily suspended amid an investigation into the agents — but the vocal condemnations belie a more tempered administration response: Customs and Border Protection agents are still patrolling on horseback along at least three other sections of the southern border according to BRANDON JUDD, president of the National Border Patrol Council, the union representing the agents.

Judd said the horse patrol is still operating in McAllen, Laredo and to some extent, in El Paso, Texas. “In every southwest border sector, there’s a horse patrol unit,” Judd told us. The horse patrol is sometimes the only option for border agents to enter regions that are inaccessible by any other means, such as 4×4 vehicles or ATVS. “Without the Horse Patrol, these areas would remain unpatrolled and susceptible to transnational criminal activity,” CBP says on its website.

As one former border agent told us, much of the border is in the middle of a river, making it very hard for border agents to handle it any other way.

White House press secretary JEN PSAKI acknowledged at Monday’s press briefing that the practice is only suspended in Del Rio, “in response, of course, directly to those horrific photos.” She added, “I think it’s important to note that, as [Mayorkas] said, the vast majority of the Border Patrol and the Horse Patrol are doing their job and they’re doing their job effectively.”

As part of that job, horseback agents patrolling the border learn to use their reins in a way that prompted accusations they were whipping fleeing Haitian migrants in Del Rio. But Judd said those actions were not what they appeared, explaining that agents are trained to use the reins, “in a twirling fashion to try to keep people back away from the horse.”

“I know when they say, ‘Well, I’m just following orders,’ it makes it sound like they’re just doing what they’re being told to do,” former border patrol agent JENN BUDD said in an interview. There’s an assumption from agents that policies have “been vetted by the attorneys and that they’re safe to do it.”

Critics of their behavior, meanwhile, concede it’s unlikely the Del Rio agents will be disciplined after the investigation. That’s in part because the migrants pictured and recorded last week are probably already deported.

“This is actually a very common problem with investigating the border patrol,” AARON REICHLIN-MELNICK, a policy counsel for the American Immigration Council said. His organization found via a FOIA investigation that no action was taken in 97 percent of complaints filed between 2009 and 2012.

“There has been no indication that policies have changed, meaning that in the overwhelming majority of complaints that are failed against border patrol agents, absolutely no action is taken against those agents, and it is only in an extraordinarily rare circumstances that agents are required to resign or step down,” Reichlin-Melnick said.

The Biden administration has tried to straddle a delicate political line in its reaction to the latest complaints about the CBP, criticizing the actions against Haitian migrants while seeking to show support for the agency as it seeks to contain surging numbers of asylum seekers in recent months. The border patrol union was not placated, ripping the president for “blaming the Border Patrol agents who were left to clean up the mess his administration created.”

It’s a stark contrast to CBP agents’ cozy relationship with the previous administration. When he was president, DONALD TRUMP enlisted border patrol agents to join conservative talk show hosts and Republican allies in publicly supporting his border wall — not just in words, but by standing next to him, the Washington Post reported. Trump also brought border agent union leaders to a briefing to talk about the need for a wall. And Judd, a Fox News stalwart, served on Trump’s 2016 transition team.

This is the workplace environment that Tucson, Ariz. Chief of Police CHRIS MAGNUS, an outspoken Trump critic, will enter if he is confirmed to lead the CBP. Sen. RON WYDEN (D-Ore.) announced earlier today he is lifting his hold on Biden’s nominee for CBP commissioner, after a phone call with Mayorkas. Wyden had been blocking Magnus’ nomination as he pressed DHS to provide more information about the role the department’s law enforcement arms played in policing violent 2020 protests in Portland.

A Democratic Senate aide said he was unaware of any Democrats prepared to vote against Magnus, likely paving the way for his confirmation.

Do you work in the Biden administration? Are you in touch with the White House? Are you EMILY HORNE, spokesperson for the National Security Council?

We want to hear from you — and we’ll keep you anonymous: [email protected].

Or if you want to stay really anonymous send us a tip through SecureDrop, Signal, Telegram, or Whatsapp here.

The internet has changed a lot in the last 25 years—the last time comprehensive internet regulations were passed. There are more ways to share than ever before—and more challenges, too.

Learn more about the steps we’ve taken and why we support updated internet regulations next.

This question is courtesy of CHARLES McHUGH: Aside from Biden, who was the only other president to be born in the state of Pennsylvania?

(Answer at the bottom.)

SCOOP — The National Security Council is bringing on an experienced rapid response and press operative to bulk up its communications, Alex reports.

ADRIENNE WATSON, communications director at the Democratic National Committee, will be deputy spokesperson at the NSC under spokesperson EMILY HORNE and will start in early November, according to one official.

“I’m hard pressed to think of someone who has meant more to the strength of the DNC and our Biden-Harris team than Adrienne Watson,” said DNC Executive Director SAM CORNALE. “She is as sharp and tough as they come — just ask Alex Thompson.” (Yes, she and Alex have had some…lively disagreements)

NEW ON THE TWITTERS: The State Department’s new Assistant Secretary for Global Public Affairs, LIZ ALLEN, has a new Twitter account: @GPA_AS. Allen was a deputy director of communications at the White House and also to Biden as vice president.

PARTY FOUL: The briefings Monday, Tuesday, and Wednesday this week have been interrupted by reporters failing to silence their cell phones. Shame! Shame! Shame!

NEW DECOR: The vice president has a new addition to her ceremonial office: a bust of Justice THURGOOD MARSHALL on loan from Howard University, according to the VP’s office. One of the two Bibles and Harris used during the inauguration belonged to Marshall.

KHAN’S CRACKDOWN — FTC Chair LINA KHAN is bringing back the old ways of the antitrust and consumer agency, one that is less friendly to the companies it regulates and unpersuaded by CEO visits to Washington, LEAH NYLEN reports. Khan’s leadership has been praised by progressives, but alarmed many GOP lawmakers, including two Republican commissioners on the board and FTC employees.

THE OTHER CAPITAL DASH: D.C.’s political class took time Wednesday morning to participate in an annual three-mile race before heading off to the various crises on the docket. There were too many groan-worthy team names to mention here, but the Department of Transportation team was named “Pete’s Feet,” which …

Sen. KYRSTEN SINEMA (D-Ariz.) walked the distance for a time of 45:25 following a marathon series of meetings at the White House the day before. Sinema is recovering from a broken foot that occurred during a June marathon. In 2019, she completed the race in 20:45, the fastest ever run for a female senator.

BBB PITCH — Biden pollster JOHN ANZALONE is promoting a poll done by his firm in 48 battleground congressional districts. Anzalone said that voters will “give Members who back the Build Back Better agenda a 15 point bump at the polls.” His firm conducted the poll with the pro-Biden outside group Building Back Together. We’ll find out shortly if lawmakers are convinced. 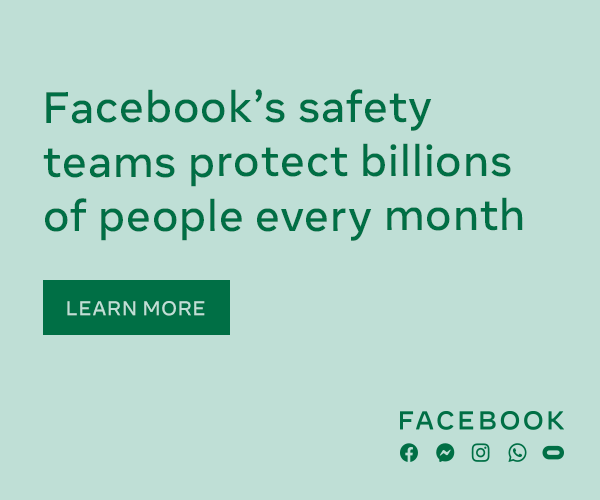 POPULATING FOGGY BOTTOM — The Biden administration is filling out the senior ranks of the State Department, with the Senate voting 70 to 27 earlier today to confirm JESSICA LEWIS as assistant secretary of State for political-military affairs. The Senate also confirmed TODD ROBINSON as assistant secretary of State for international narcotics and law enforcement affairs last night, 53 to 41.

When Biden’s White House counsel DANA REMUS was a child, she admitted she had “no eye-hand coordination” when it came to sports.

Remus was slated to attend St. Paul’s — a New Hampshire boarding school that required each student to play sports — so her father tried to teach her how to play squash, to no avail, according to a 1997 Harvard Crimson article.

She tried track and cross country skiing next. Nope.

According to the Crimson, Remus finally found her stride when she “was convinced by her older sister that crew was a sport that didn’t require coordination but rather hard work, something that Remus was used to as an industrious student.”

And she kept it up, eventually becoming captain of Harvard’s rowing team.

HOLD WATER, DANA! CHECK IT DOWN!

AND A CALL OUT — A big thanks to Charles for sending over this question. Do you have a really hard trivia question about the presidency? Send us your best one and we may use it: [email protected].

We want your trivia, but we also want your feedback. What should we be covering in this newsletter that we’re not? What are we getting wrong? Please let us know.

We’ve invested $13 billion in teams and technology over the last 5 years to enhance safety.

It’s working: In just the past few months, we took down 1.7 billion fake accounts to stop bad actors from doing harm.

But there’s more to do. Learn more about how we’re working to help you connect safely.