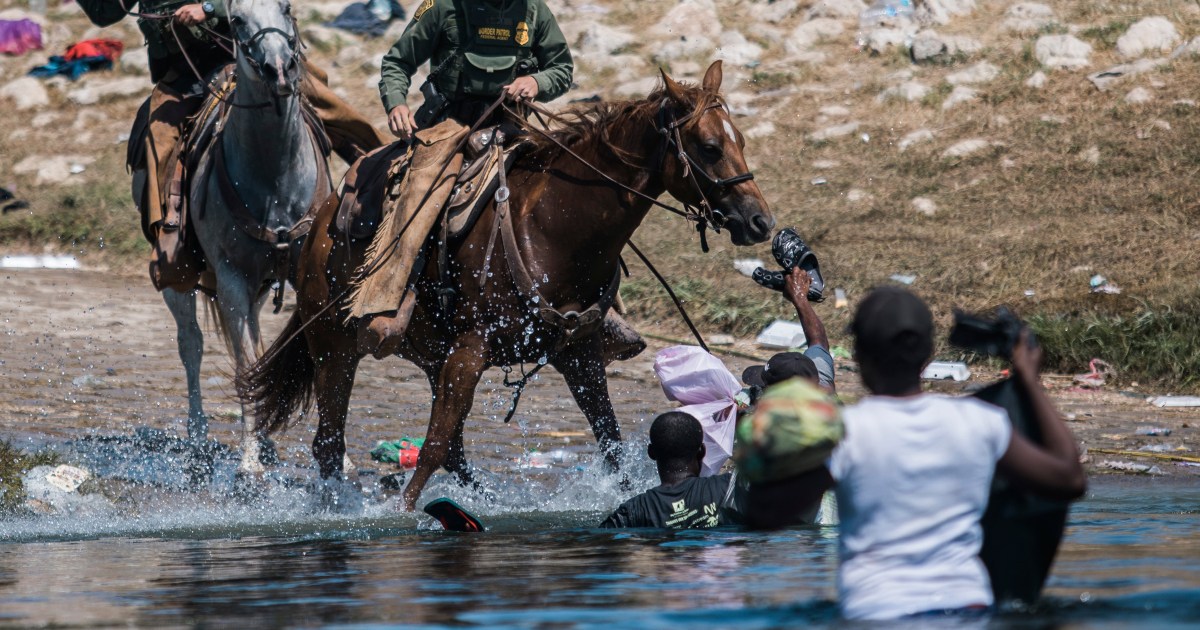 Travelling on a dirt road in the Sonoran Desert, all my friends and I could see was mountains, cacti, and dust. It was 2004, and the eight of us, college students with radical political ideas, were coming back from an alternative spring break trip to the US-Mexico border. We had spent the week in Nogales, Mexico, linking up with pro-migration groups, speaking with Central American asylum seekers in broken Spanish, and sleeping on the floors of community halls.

On the way back, we decided to take the desert route of the coyotes, the people who smuggle asylum seekers across the US-Mexican border, which is how we ended up enjoying the landscape of the Sonoran Desert. It was all going well until a jolt and a flat tire left us stranded in the middle of nowhere. None of us knew how to fix a flat tire.

Ours was a righteous spectacle, a group of eight university students who were willing to journey on the unpaved road from Mexico to the US but lacking the skill to do so. Luckily, a coyote, driving a van full of asylum seekers, stopped, fixed the tire without saying a word or asking us for anything, and got on his way.

Our idealistic trip ended with the privilege of entering the US without violence from the border police or a life-threatening trek through the desert – a privilege the people in that van did not enjoy.

I was thinking of this experience and my privilege as a Black person bearing a US passport when I looked through the horrific images of US border patrol officers whipping Haitian asylum seekers at the US-Mexico border. For the deadly border security industrial complex, the lives of those Black children, women and men clearly did not matter.

Many pro-migration activists have pointed out that for all his talk of human rights and pro-migration policies, President Joe Biden has proven no different from his predecessors in his cruel racist policies.

In just one week in September, the US has deported more than 2,000 asylum seekers to Haiti, using a Trump-era policy to bypass their right to apply for protection. The previous administration used Title 42 of the 1944 Public Health Services Law, which allows the US government to carry out expulsions of persons who have recently been in a country where a communicable disease was present.

On the surface, the policy appears neutral but, in practice, it is applied to the most marginalised people on the move, evidenced by the increased deportation of undocumented Haitians. In fact, according to a report by Haitian Bridge Alliance and the Quixote Center, just days after Biden walked into the White House, Immigration and Customs Enforcement (ICE) ramped up expulsions to Haiti. By March, it had deported more Haitians than under the Trump administration in Fiscal Year 2020.

While there was a short-lived moratorium on deportations, it did not cover Title 42 expulsions, and thus Haitians continued to be targeted. As of September 2021, more than 14,000 Haitian asylum seekers who crossed the border into the US at Del Rio in Texas are at risk of being forcibly removed from the country.

But the US government’s racist policies alone do not explain the complexity of anti-Blackness behind the violence against Haitian asylum seekers at the US-Mexican border. The harrowing images of border police brutality might seem like an exceptional event for some, but they are squarely in line with the racial ideology of the US.

The mistreatment of Black asylum seekers draws on pervasive anti-Blackness in US society, which kills, maims and incarcerates Black people in great numbers. It also reflects the historical “discomfort” of American political elites – whose prosperity derived from the enslavement and exploitation of Black people – with a Black-led revolution overthrowing colonial rule and slavery and establishing a republic so close to American shores.

Against this backdrop of systemic anti-Blackness in the US past and present, it is hardly surprising that Black asylum seekers, and Haitians, in particular, have the lowest asylum acceptance rate (4.6 percent) among all racial/national groups. They are also more likely to be deported based on their criminal record compared with other undocumented individuals.

Unfortunately, Haitians elsewhere in the Western Hemisphere have not fared that much better. For many asylum-seekers, the violence at the US-Mexico border was just one episode of the suffering they have long had to endure in various Latin American countries. Antihaitianismo, in fact, is quite widespread across the region.

Haitians have been migrating to and living in various countries in the region for more than a decade. Many of them have now headed towards the US after suffering years of xenophobia, discrimination and even violence in Latin American states. In Mexico, Haitians have struggled to make a living because of the hostility they experience; in migrant camps, they have also faced anti-Black sentiment from Central American asylum seekers.

In many cases, Haitians arriving in Mexico are coming from other Latin American countries, where they experience racism and discrimination. In Chile, for example, where more than 100,000 Haitians have migrated since 2010, many have faced exploitation, escalating anti-Black sentiments and everyday microaggressions. Just a few years ago, the Chilean capital Santiago was covered in anti-Haitian stickers stating “Haitians not Welcome” with Black caricatures. And in the past few years, getting a residency permit, housing and a job has been made increasingly difficult by societal hostility and state policies.

Facing systemic racism on a daily basis in Latin American countries, some Haitians perhaps have imagined that the US would treat them much better. That is why, they have made their way to the US-Mexico border, hoping for a better, more dignified life.

While anti-Blackness and antihaitianismo in the US are no less dominant than elsewhere in the Western hemisphere, it does not mean that there is no resistance to it. The Haitian diaspora has organised and, along with its allies, is pushing back against the Biden administration’s duplicity and violent anti-migration policies.

They have protested these policies, calling for the end of deportations of Haitians, the revocation of Title 42 and accountability for the people who have assaulted Haitian asylum seekers.

The Biden administration so far has stood its ground but there are signs that some officials are feeling the heat. On September 22, Dan Foote, the US special envoy to Haiti, resigned citing political intervention and inhumane treatment of Haitians. “Surging migration to our borders will only grow as we add to Haiti’s unacceptable misery,” he wrote in his resignation letter. “What our Haitian friends really want, and need, is the opportunity to chart their own course, without international puppeteering and favored candidates.”

The fight against the US government’s racist policies should not stop at the revocation of Title 42 or a moratorium on deportation. Rather it should be part of the broader struggle against the arbitrariness and brutality of borders and for the right to a decent life for all. As American activist Justin Akers Chacón wrote in his book The Border Crossed Us: The Case for Opening the US-Mexico Border: “The fight to open the border unequivocally supports the free movement of poor, working-class, and refugee peoples across borders, as well as the guarantee of all attendant rights currently restricted to territorially based ‘citizens’.”

Borders are the fraught terrain in which some people are deemed worthy of the privilege to cross them and others not. Those of us who enjoy that privilege have the moral duty to join the struggle to dismantle the inhumane, racist border system and establish freedom of movement for all.

The views expressed in this article are the author’s own and do not necessarily reflect Al Jazeera’s editorial stance.