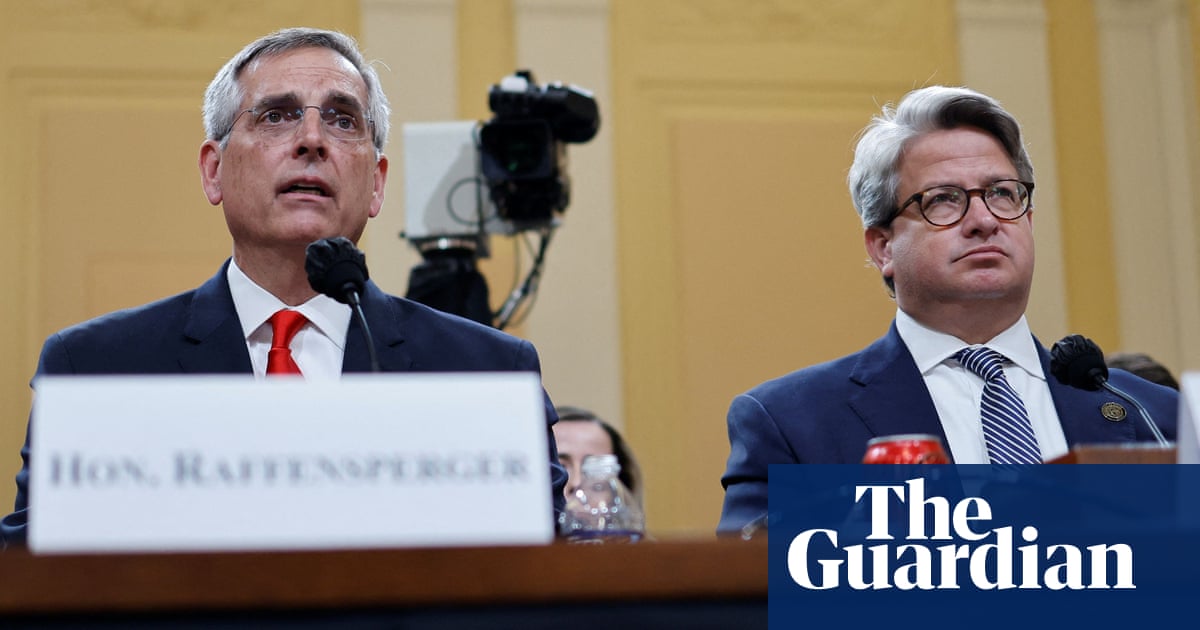 Two Georgia officials debunked Donald Trump’s claims of a stolen election in their state when the January 6 committee resumed its hearing on Tuesday.

Brad Raffensperger, Georgia’s secretary of state, defended his office’s conduct, explaining that all claims of fraud had been investigated and found to be baseless.

Gabriel Sterling, Raffensperger’s deputy, who went viral for his speech after the election in which he strongly denounced Trump’s baseless insistence that the 2020 election was stolen in Georgia, added that despite the evidence it was hard to get people to believe him.