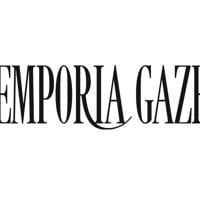 America continues to struggle with racism, with the pendulum seeming to swing more wildly from success (the Ahmaud Arbery verdict) to failure (the Jacob Blake case) than in recent memory. Many conservatives, already attacking local school boards over health regulations concerning COVID-19, have discovered a new arrow in their quiver…critical race theory (CRT).

Dr. Randy Watson of the Kansas Association of School Boards (KASB) issued the following statement about CRT on July 13, 2021: “Kansas’ history, government and social studies standards have never, ever included Critical Race Theory, nor does it today.” That same month the Olathe News printed the following statement about CRT: “[It is an] advanced and complex concept that is often misunderstood and not a part of the state’s education standards.”

All three Lyon County school districts are members of KASB and follow the curriculum standards set by the Kansas Board of Education. Perhaps we should look at what CRT is and isn’t before we continue.

Richard Delgado, who is credited with co-founding the theory at the University of Alabama Law School in the 1990s, defines it as, “a collection of activists and scholars interested in studying and transforming the relationship among race, racism, and power.” This is in stark contrast to the definition provided by the conservative Goldwater Institute which is, “Critical Race Theory is a perspective on modern life—a worldview—that believes all the events and ideas around us in politics, education, entertainment and the media, the workplace, and beyond must be explained in terms of racial identities.”

So how did this exercise in legal scholarship designed to simply recognize the impact race has had, and continues to have, on life in America turn into a national issue that has teachers, school administrators and their governing boards running scared when it isn’t even being taught in the classroom?

Politicians past and present from around the world have long understood the power fear has in motivating voters. Fear turns off the thinking part of our brains in an effort to survive, often referred to as the “fight or flight syndrome” (which has recently been more accurately recognized as the “fight, flight or freeze syndrome”). And survival is the key concept here. Current Republican politicians (those Trump followers and McConnell acolytes who have taken over their party) have convinced their constituents that acknowledging the racism in our history and society threatens the survival of western civilization and its white male dominance.

They are not wrong. Life in America is changing, especially for white males. (Full disclosure, both of us are white males.) It is changing for the good, though there will certainly be growing pains, and we work to make the American Dream accessible not just to minorities, but to people who are socioeconomically disadvantaged. In short, progressive politicians look for all people to be treated equally since they are “endowed by their creator with certain unalienable rights” (Declaration of Independence).

We recognize that allowing others to enjoy the privileges we’ve enjoyed our entire lives may seem like we are losing our culture, but we are not. Will our culture change? Yes. But those changes will improve our lives through new perspectives on a range of political, economic, artistic and sociological issues. Who knows what discoveries we overlook when we foolishly look for answers only among white Americans?

Critical Race Theory is not a part of the curriculum for any school in Kansas. Students are not required to learn that they are inferior or superior because of their race, or that their heritage determines their outcome in life. To be sure, the history of our country involves many racial issues, and it would be impossible for teachers of all disciplines to avoid race altogether. But no curriculum or standards require teaching CRT.

It could be argued CRT is a part of teacher training because their training includes treating all students equally regardless of race, religion, sexual orientation, gender identity or disability. This is as it should be, yet serves as the fuel for those who feel their understanding of history and our modern society is under attack. That view only holds true if it is also true that white privilege exists. It cannot be argued that there is no racism while rejecting the changes in culture that occur in a post-racial society.

We advocate holding our elected officials accountable to their constituents. But perhaps it is time for us to also recognize the need to protect those elected officials from the minority of their constituents who have attacked them out of fear. These school board members are neighbors of ours and provide opportunities for all of us in the public to speak, officially at the meetings, and privately in checkout lines and across the back fence at home. That does not mean we are free to abuse them.

Whether deciding to protect students from the pandemic sweeping through our towns and their schools, or allowing teachers to honestly address issues faced by the students in their charge, we should support the school board members we elect to take the information provided and make the best decisions possible. If they don’t, vote them out in the next election.

Let us strive to be the calming voice that supports our educational institutions as they try to bring to our society the balance that has never existed.