Sen. Tom Cotton, R-Ark., demanded President Biden “publicly apologize” to Kyle Rittenhouse for suggesting that he was a White supremacist during Biden’s 2020 campaign.

Rittenhouse was acquitted on Friday of all charges in the high-profile case that stemmed from the Kenosha, Wisconsin, riots last summer.

During his presidential campaign, Biden included an image of Rittenhouse in a video he tweeted attempting to link former President Trump to White supremacists. Biden was asked on Friday about his past characterization of Rittenhouse but declined to answer directly whether he stands by it.

There is no evidence to link Rittenhouse to White supremacy. 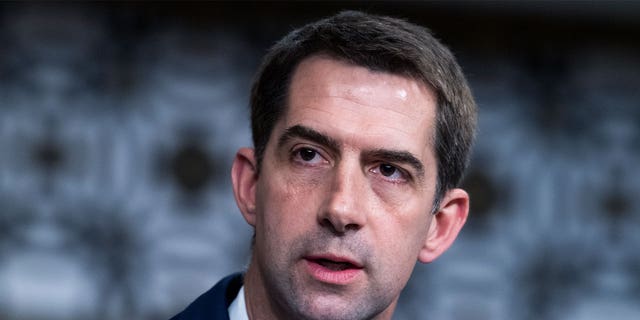 Kyle Rittenhouse reacts to the verdict during his trial at the Kenosha County Courthouse in Kenosha, Wisconsin, Nov. 19, 2021. (Sean Krajacic/Pool via REUTERS TPX IMAGES OF THE DAY)

Rittenhouse, 18, would have faced a mandatory life sentence if found guilty and convicted of first-degree intentional homicide.

The verdict came on the fourth day of deliberations and 15th day of the trial.