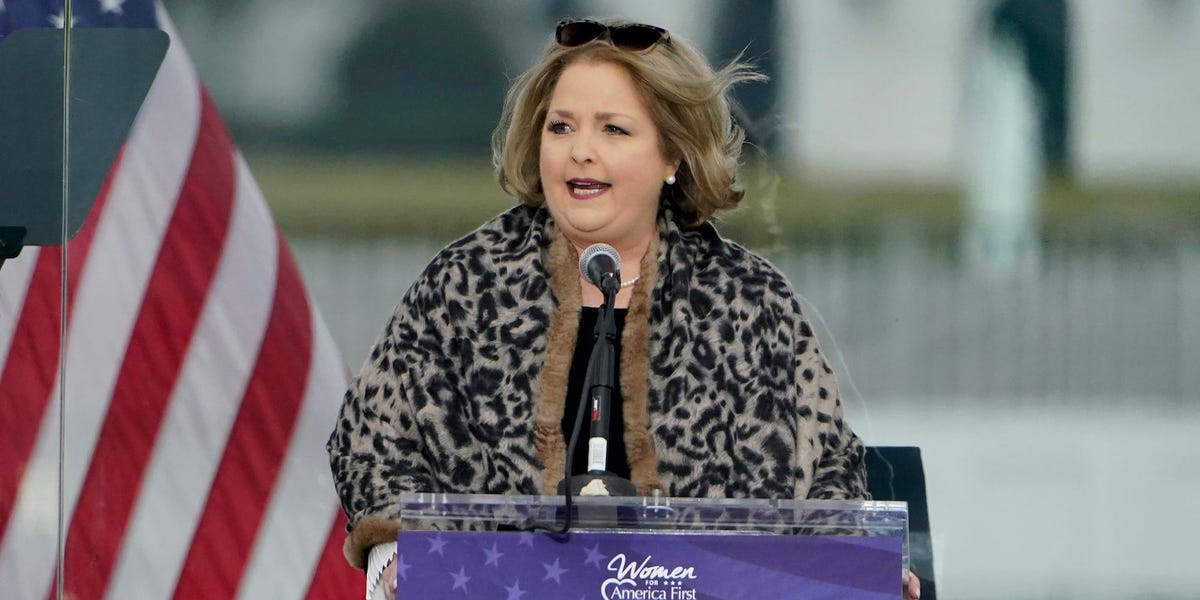 A leading conservative activist and organizer of the Save America rally on January 6 said former President Donald Trump is “disconnected” from the GOP base and “getting bad advice” after he switched his endorsement in an Alabama Senate race.

Katie Britt, who Trump backed shortly before the runoff after initially endorsing and then un-endorsing her opponent Rep. Mo Brooks, won a Republican primary runoff for an open US Senate seat in Alabama on Tuesday.

“Donald Trump is disconnected from the base,” Amy Kremer, leader of Women for America First and a Brooks supporter, told Politico for a story about Tuesday’s Alabama Senate runoff.

“I don’t know what has happened there,” Kremer, also a longtime activist in the Tea Party movement, told Politico. “I think he’s getting bad advice from the people around him, and I think it’s unfortunate, but it’s time for those of us in the movement to get back to basics, back to our first principles.”

“We were here long before President Trump came along, and we’re going to be here long afterward,” she said.

Brooks was one of Trump’s top allies in his efforts to overturn the 2020 presidential election in Congress and he secured endorsements from a slew of Trumpworld figures in his Senate campaign.

But after Brooks’ fundraising sputtered and he faltered in the polls, Trump pulled his endorsement, saying that Brooks “went woke” over the 2020 election.

“It’s quite clear that Donald Trump has no loyalty to anyone or anything but himself,” Brooks fumed in an earlier interview with AL.com.

“Many of us were conservative, slash libertarian, slash constitutionalists well before there was a Donald Trump,” Paul said on a campaign call in support of Brooks, according to Politico. “We were glad Donald Trump was with us on so many things, but it doesn’t make him the end-all of everything.”

“I would say, without question, Mo Brooks is probably the most loyal person to Donald Trump than probably all of the congressmen I can think of,” Paul added. “And there’s certainly a sense of bad irony that the president didn’t repay that loyalty. And I’ll never understand it, and never justify it.”

Some of Trump’s other endorsements so far this cycle, like his backing of Dr. Mehmet Oz and JD Vance for open Senate seats in Pennsylvania and Ohio, have rankled some Republicans in those states and spurred a feud between Trump and an influential Republican group, the Club for Growth.

In other cases during the 2022 primary cycle, Trump has swept in at the last minute to endorse a candidate, like his backing of Britt after he un-endorsed Brooks, and his 11th-hour endorsement of Doug Mastriano for the GOP gubernatorial nomination in Pennsylvania.

Jones’ and Evans’ defeats continued a losing streak for Trump in Georgia, where his chosen candidates to challenge Gov. Brian Kemp and Secretary of State Brad Raffensperger lost outright in May.

But their losses aren’t an all-out repudiation of Trump given that the victors, Mike Collins and Rich McCormick, also embraced Trump’s brand of politics. In one campaign ad, for example, Collins is seen driving a truck with “TRUMP AGENDA” painted on the side and a Trump bobblehead on the dashboard.

“At this point in time, the Trump endorsement is neutral. It’s not a plus and it’s not a negative,” Gordon Rhoden, chairman of the Athens-Clarke County Republican Party, told the Atlanta Journal-Constitution. “People are moving beyond that.”