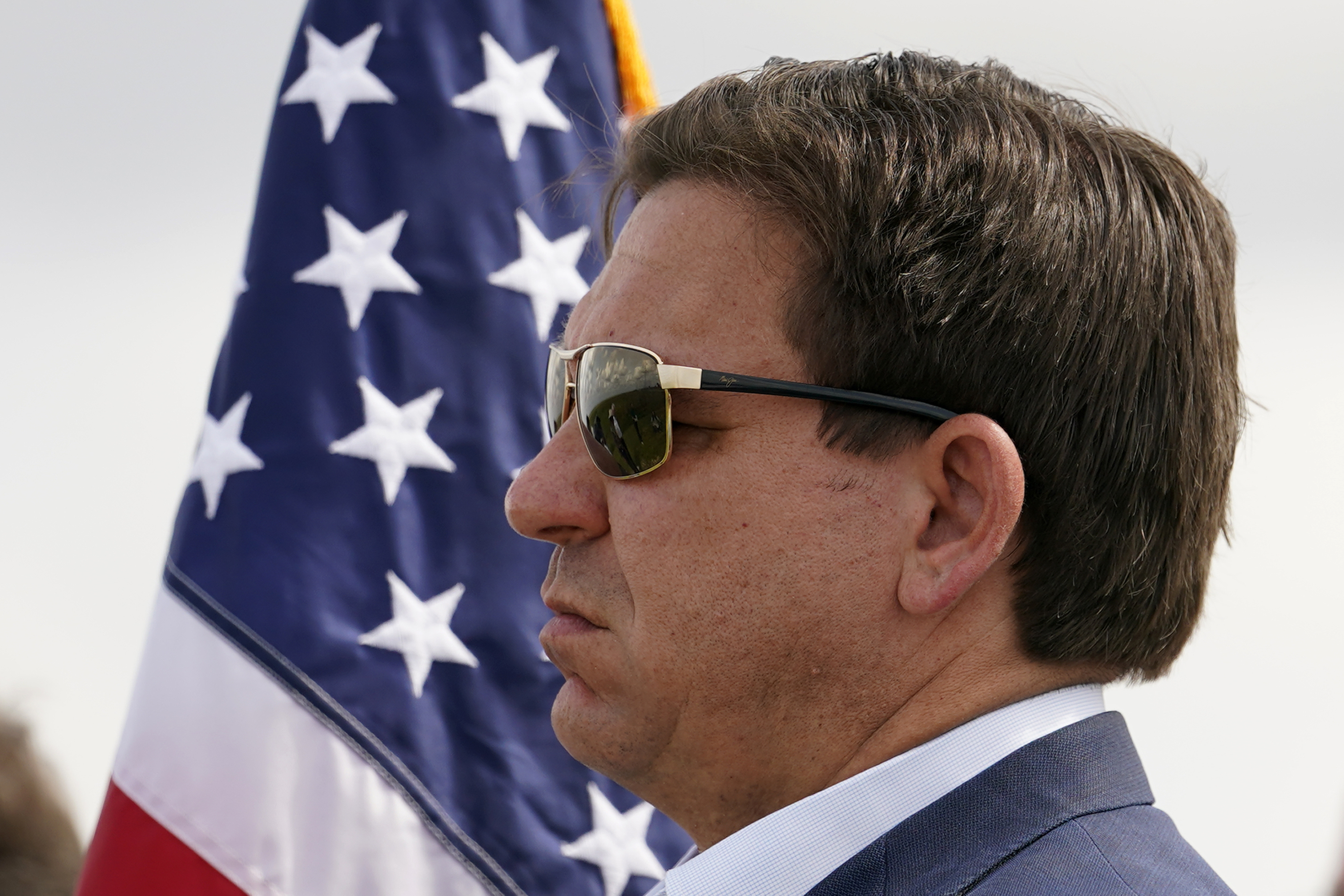 While the letter doesn’t explicitly endorse DeSantis over Trump, it illustrates simmering discontent with the former president among Republicans, following a series of elections that saw the party get bludgeoned at the ballot box. While Trump is looking to box out potential rivals for the Republican presidential nomination in 2024, a wide swath of the party is seeking out other prospective candidates — from rank-and-file voters to major donors to, now, Republican officeholders engaging in recruitment efforts.

“I think it is very significant that elected Republicans are so overtly looking for an alternative in 2024. It shows a seriousness about winning, at the risk of poking the Trump bear. I think we will see more of this in the coming months,” said Jason Roe, a former Michigan Republican Party executive director who has been critical of the former president.

The letter was delivered in December, according to Posthumus spokesman Zach Rudat, when the state representative “flew to Florida and met with the governor and a staff member to discuss the presidential election.”

The overtures to DeSantis come as Michigan Republicans reel from a series of Trump-era losses. Since 2018, Republicans have lost control of three statewide offices led by the governorship, as well as both state legislative chambers, several congressional seats and other key posts.

“Republicans in Michigan went from controlling everything in the state to controlling nothing thanks to Trump,” said Roe.

Those in Trump’s camp dispute the notion that Trump is to blame for the party’s losses in the state. Matt DePerno, who ran unsuccessfully for attorney general in 2022 and had Trump’s endorsement, dismissed the former president’s critics as part of a “small segment of the Republican Party” that “can’t come to grips with Donald Trump.”

Michigan was a key state in Trump’s rise. The former president prevailed over a group of GOP rivals during the 2016 primary before winning the state over Hillary Clinton in the general election. It was the first time since 1988 that Michigan voted Republican in a presidential race.

But Trump’s fortunes dimmed in 2020, when he narrowly lost the state to Biden. Trump’s strategists conceded more than a year before the election that it would be hard to repeat their success in the state, expecting better Democratic turnout in heavily Black Wayne County than in 2016 and continued trouble in Trump-questioning suburban counties nearby.

The letters’ signers include those who’ve previously been in Trump’s corner. Posthumus, the son of former Michigan Lt. Gov. Dick Posthumus, described himself as “pro-Trump” during his first run for state House in 2020 and lavished praise on former First Lady Melania Trump’s convention speech that year, calling it “inspiring.” Last year, he signed onto a letter asking Michigan’s Democratic attorney general to investigate what proved to be baseless allegations of fraud in the 2020 election.

The list of signatories also includes Phil Green, a third-term state representative who in an interview noted that he had attended a “Farmers for Trump” rally. While pointing out that the letter did not explicitly declare its support for DeSantis, Green said the Florida governor “has a record of conservative principles and implementing them in a fashion that makes real change into his state.”

It isn’t just officeholders who are showing a willingness to break away from the former president. Last month, a survey released by the Michigan-based pollster EPIC-MRA found that a plurality of Republican voters in the state said they would prefer a Trump alternative as the party’s 2024 nominee.

But DePerno, the Trump-endorsed former attorney general candidate, insisted that Trump would have the advantage over DeSantis in a prospective matchup in the state.

“I think [DeSantis] would lose. I don’t know by how much, but I think definitely he would lose,” DePerno said. “I think Donald Trump would win in the next primary certainly.”